How Simple, Consistent APIs Will Free Us 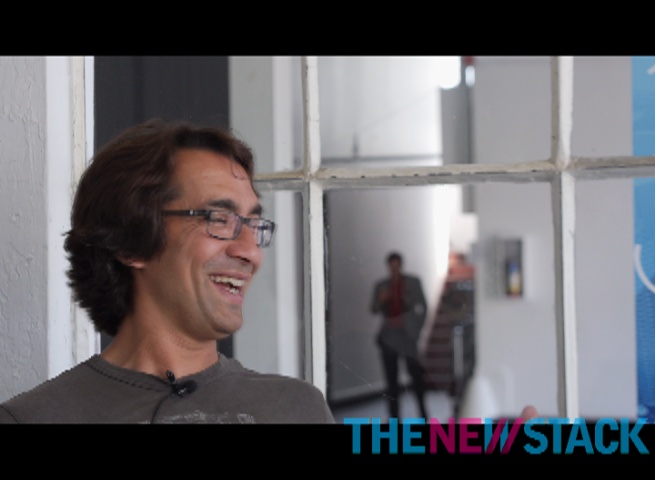 During Apigee’s I Love APIs 2014 conference, The New Stack Founder Alex Williams met up with old friend Sam Ramji, whose background in product development and ecosystems has led him to his current role in strategy at Apigee. The result is a dialogue that explores the dynamic state of APIs and network virtualization, not to mention the regenerative quality of pork soda.

Sam and Alex comment on the user-friendly tools that Apple, Google and Microsoft have popularized, with a view to the advent of predictive and adaptive apps that are inspiring a new “trust in the machine” among users at both ends. Sam traces the lineage of this new technology back to neuroscience and also to artificial intelligence, a concept that remained shrouded in uncertainty while development phases evolved through search, big data, machine learning and, presently, augmented intelligence.

Discussing his participation in a work-group on the Industrial Internet for the World Economic Forum, Sam reports that “digital labor” is becoming a thing in the Internet of Things. From the Baxter Robot to better algorithms, intelligent machines are going to replace a lot of human labor (an idea that is not lost on Alex in his desire to escape the tedium of composing podcast show notes).

Returning to the market positioning of Google vs. Apple et al, Sam notes that while Apple’s strength is an expansive and comfortable ecosystem graced with attractive consumer hardware, Google’s multi-platform environment enables more reliable and comprehensive input stream analysis for larger data users who require cross-platform stance. But the feeling out there is that Google has a trust issue, that Google intends primarily to re-purpose and monetize user data. Users in highly regulated industries still opt to keep their sensitive data on-premises. Over the next few years we’ll see each of the cloud services working to surmount this risk obstacle, while they also endeavor to overcome the appearance of being their customers’ most formidable potential competitors.

Better software-defined networking and more powerful chips have led to the era of virtualized hardware, and to the transition of compute into the networks, which will still be owned by global telecoms, says Sam.

Alex wonders, now that APIs have unburdened developers in unforeseen ways, how these advances might change the very nature of developer communities? In the Industial Internet, each device has its own ideal protocol; as it is turning out, Sam believes, APIs constitute the control plane. APIs will harness these multitudes of lower-level devices into perfect collaboration. Sam predicts that, as this virtualization re-shapes the hardware ecosystem, the relative ease of writing these programs will lead to the availability of more developers, allowing for more innovation and experimentation.

This transformation paves the way for “big apps,” and it will lead to a tug-of-war between telecoms and cable operators over who will win the bridge moment between the local IoT and the IP network.

Alex asks whether extremely fast CDNs such as the one Apple has just built might present another alternative for data network configuration? Yes, and beyond that, Sam suggests, we are beginning to see API delivery networks, with computing power that is more mobile via distribution but that are also even smarter. Alex’s personal data will await him at his global destinations on local networks to, for example, sync his Netflix selections.

Sam believes that the ensuring the resiliency of APIs and their back-up systems will require a globally-shared system, and in this not-too-distant future Sam assures us that simple, consistent APIs will free the imaginations of developers.