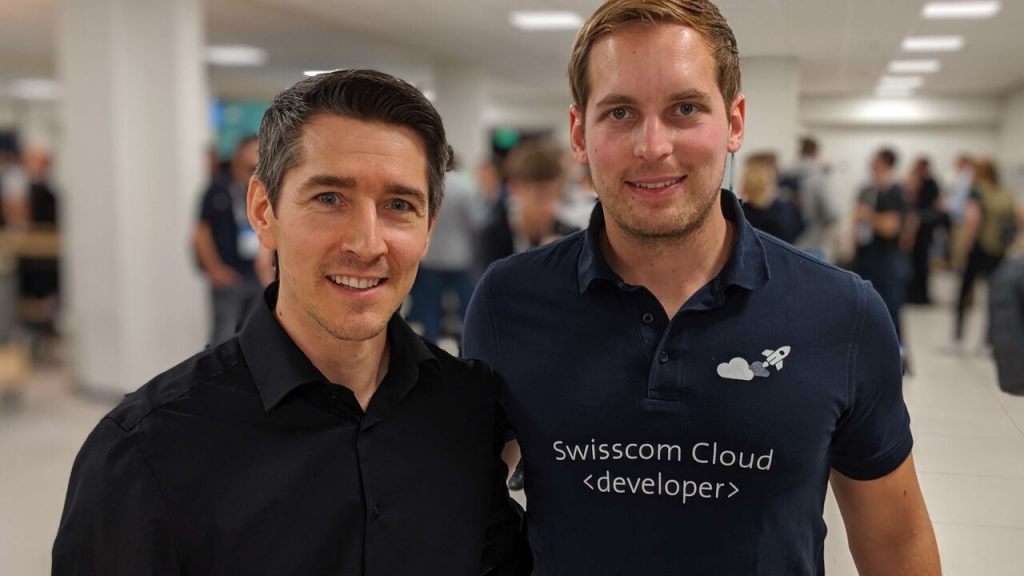 In order to achieve its goals as both Switzerland’s largest telecom and as an IT provider, it became apparent to Swisscom three years ago that it had to find ways to scale across its entire operations in a way that remained consistent and robust. It would be a challenging task, given that it had a client-server dependent.

In this latest The New Stack Makers podcast recorded at Cloud Foundry Summit EU, Lukas Lehmann, head of cloud services for Swisscom discussed with host Alex Williams how his organization was able to scale to achieve its shift to at-scale application development goals across cloud environments thanks largely to a partnership with Cloud Foundry. Stefan Voegele, expert middleware engineer, for insurance provider Swiss Re, was also on hand to discuss how his firm uses Swisscom’s platform as a service (PaaS) in its shift to a cloud environment.

“Helping our customers and ourselves make a digital transformation is key to us,” Lehmann said. “That is why such a platform [as Cloud Foundry’s] and being involved in such an ecosystem is very important for us.”

Highly instrumental to Swisscom’s digital journey is its PaaS offering of public and virtual private cloud offerings, which also leverage its virtual machine (VM) environment. Prior to making the shift, Swisscom relied largely on OpenStack. “About two years ago, we started a large migration to having everything move seamlessly to VMware,” Lehmann said. “And, now we run completely on VMware, and we have some instances running on some public clouds.”

The Cloud Foundry Foundation is an independent non-profit organization formed to sustain the development, promotion and adoption of Cloud Foundry as the industry-standard platform for cloud applications. Cloud Foundry makes it faster and easier to build, test, deploy and scale applications.

The final result — and goal — that was realized was that Swisscom was able to use Cloud Foundry — as one of its first adopters — to extend its operations across multiple and different infrastructures as a service (IaaS) environments, Lehmann said. “And we stretched Cloud Foundry over from one infrastructure to another infrastructure,” Lehmann said. “It was a rolling change so that there was always something online and we were not offline at any given time, which is [obviously] very important.”

Swisscom also relied heavily on its use of Bosh’s deployment and lifecycle-management capabilities. “Without Bosh… I don’t know how we would have solved this actually,” Lehmann said. “For VMs, it was the perfect tool.”

Thanks to Bosh’s resilience and to operability features, Lehmann said Swisscom is now able to manage over 15,000 VMs. “Managing so many VMs was something that was not possible before,” Lehmann said.

Voegele described how Swiss Re was able to integrate Swisscom’s offering in such a way to allow it to make governance and compliance or product changes in-house while relying on the infrastructure Swisscom’s PaaS provides.

“What this means for the developers is they can be much more focused on their development work and not have to worry about the infrastructure,” Voegele said.

2:22: Swisscom’s transition to Cloud Foundry
6:15: Stefan, how do you work with Swisscom?
9:26: What is the difference between localized services and centralized services?
12:54: What have been some of the problems that have surfaced with that increased complexity?
16:32: So as a customer, what are your requirements for release updates on the platform?
20:11: How do you view going forward from a continuous delivery perspective?