How Technology Helped Us Through the 1918 Flu Pandemic

It's comforting to remember that it's not humanity's first time in confronting a global pandemic. This week offered up remembered stories about how technologies of the era effected the great influenza pandemic of 1918. Telephones, railroads, and even airplanes each played their part, as the pandemic changed the world and the ways that we lived.
Apr 12th, 2020 6:00am by David Cassel 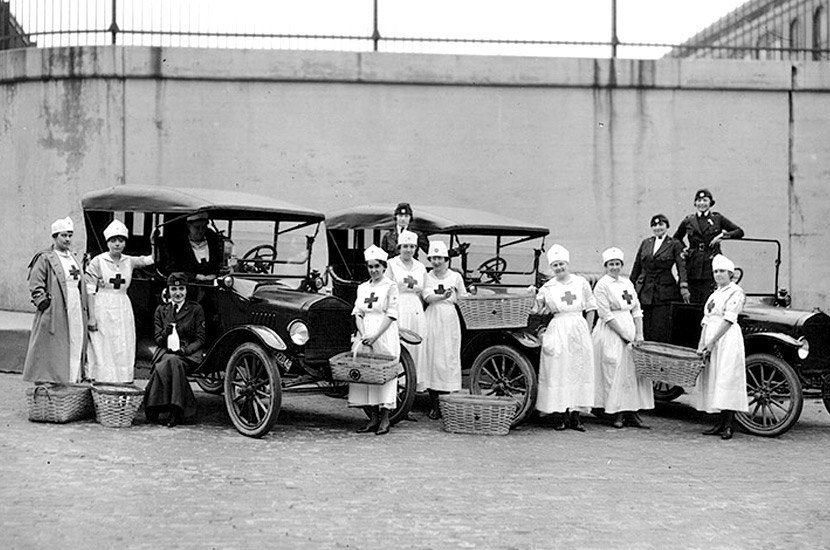 It’s comforting to remember that it’s not humanity’s first time in confronting a global pandemic. This week offered up remembered stories about how technologies of the era affected the great influenza pandemic of 1918. Telephones, railroads, and even airplanes each played their part, as the pandemic changed the world and the ways that we lived.

To date, the 1918 influenza pandemic has been the most severe recorded pandemic in human history, the H1N1 virus infecting about 500 million people worldwide, and killing about 50 million worldwide (about 675,000 in the U.S.). The glimpses of that moment in time from historians and others offer a poignant reminder that we’ve been through this before, and aided — and sometimes impaired — by our technologies.

A poignant collection of letters from 1918 in an online archive from the University of California shows how soldiers with influenza were grouped together on a troop train instead of hiking along with the others. In fact, an episode of PBS’s “American Experience” suggests it was soldiers traveling by train, then the primary means of long-distance travel — that inadvertently carried the disease from one military base to the next. Railroading columnist Kevin P. Keef also notes a 2007 study that found that the 906-mile Newfoundland Railway brought a disastrous second wave of infections to the general population.

But railroad officials also played a part in the response. Passengers arriving in Gunnison, Colorado were required to submit to a two-day quarantine. In Belen, New Mexico, only local residents were allowed to get off railroads. And the October 1918 issue of Railway Age magazine “decided it was time to make an exhortation to railroad management,” Keef writes, “to remind them of their civic responsibilities in light of the national crisis.”

An editorial had reminded railroad officials that colleges were postponing their fall semesters, and New York businesses had even staggered their hours so the subways and streetcars would be less congested. It urged railways to also take steps so “that they may not serve in any greater degree than necessary as an agency in spreading the disease.”

One suggested improvement? Adding extra cars to trains, to leave fewer passengers on each car. It also suggested open windows and ventilators to bring fresh (and presumably clean) air into the train cars. It argued that ticket takers and other “trainmen” should assertively enforce a policy among passengers of sneezing or coughing only into handkerchiefs. And finally, it urged them to tell men in the smoking cars to stop spitting. A 2013 article in South Carolina’s Post and Courier newspaper notes this was a common practice, and in the absence of a spittoon, men often spit on the floor.

“The 1918 influenza epidemic marked a turning point in spittoon thought, as medical professionals began urging citizens to just stop spitting… With more women entering the public sphere, the behavior came to be seen as unnecessarily coarse. And the wide availability of commercially made cigarettes meant folks no longer needed to chew.”

Railway Age had warned its readers in 1918 that the habit “under present conditions is positively dangerous.”

In a world without social media and the internet, it was newspapers that urged people to avoid gathering in crowds, remembers Syracuse.com, a news site serving central New York. There was less streetcar traffic and fewer people downtown, they report, in what were clearly horrifying times. The sudden spike of the epidemic meant “some cities were forced to convert streetcars into hearses,” remembered a 1997 article in the New Yorker. 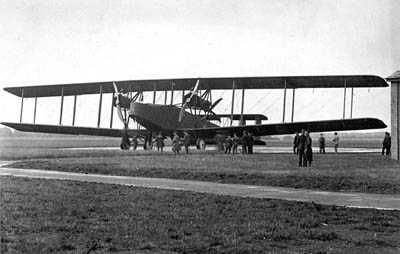 On October 18, 1918 — at the peak of the pandemic — the city was graced by a fly-over from a mammoth new airplane — at a time when even airplanes themselves were a novelty. This was less than 15 years after the first flight by the Wright Brothers.

A 1918 article in the Syracuse Herald described it as “a giant Handley-Page bombing machine… the largest type of aircraft ever constructed.” On a flight to Dayton, Ohio, fliers about “Liberty Loan” war bonds were dropped from a height of less than half a mile by “Captain Walter and his men… Thus the view of the great craft was distinct and the steady hum of the twin Liberty motors with which the plane is propelled could be heard.”

Thousands thronged the streets to watch as the magnificent aircraft made a circle over City Hall and the County Courthouse, reports Syracuse.com, while the 1918 newspaper article gushed that “Its great size was a revelation to Syracusans… figures on such matters cannot be appreciated until the craft is actually seen.”

Syracuse.com checked the figures and discovered at least four dozen more lethal influenza cases on the day after the flyover.

Today we’re videoconferencing, but in 1918 it was phone calls — at least at first. Fast Company’s technology editor Harry McCracken did some reading through 1918 newspapers to discover how the Spanish Flu epidemic affected America’s use of the telephone. One 1918 newspaper article described high school students “holding regular telephonic conversation with their instructors.” The local Red Cross in Holton, Kansas distributed signs for stores urging sick customers to phone in their orders.

“People who are in quarantine are not isolated if they have a Bell Telephone,” suggested one 1910 newspaper ad from the regional Bell Telephone Company of Missouri — which later became part of Southwestern Bell. “The Bell Service brings cheer and encouragement to the sick, and is of value in countless other ways.”

This ad has been going around Twitter as a supposed Spanish flu artifact. But when I did some digging, I learned that it dated from years prior and in fact the phone system broke down during the flu pandemic. https://t.co/h7ywjMNtQ6 pic.twitter.com/EWaX85SpzW

McCracken thinks that 1910 ad may not have referenced any quarantine in particular. The CDC notes that America’s first quarantine legislation was passed in 1878, in response to outbreaks of yellow fever. Instead, in an era of smallpox, cholera, diphtheria, and other contagious diseases, quarantines were common enough that phone services “saw a business opportunity.”

But while cheer and encouragement was the hope, phones were still a relatively new technology. By 1920, only 35% of homes even had a phone, according to figures McCracken cites from the data aggregating site Statista. And even then, “the telephone system of 1918 itself fell victim to the flu catastrophe rather than transcending it.”

Unfortunately, this was a world where nearly every call was still manually connected by a switch operator, and McCracken discovered stories of overloading.

“Telephone operators were just as vulnerable to the Spanish flu as anyone else; maybe even more so than some, since they sat at banks of switchboards in tight quarters, elbow to elbow with any infected coworkers.” Soon America became a land with more and more phone calls, and fewer operators to handle them.

By October 22nd, nearly a third of the phone operators at the New York Telephone Company were out sick — 2,000 operators in all. The New York Times ran an editorial urging readers to only make essential phone calls. Another Times article quoted a company executive explaining they couldn’t train new operators fast enough to replace the ones they were losing. “It should be borne in mind by the public that the telephone switchboard operator is a highly trained worker and cannot be easily replaced.”

The New York Telephone Company ultimately cut off service at half its payphones. They sent customers letters asking them to only use their phones for emergencies. They ran newspaper ads urging (in all capital letters) “DON’T TELEPHONE UNLESS IT’S ABSOLUTELY NECESSARY.” Michigan State Telephone also took out newspaper ads, asking customers to limit calls so they could “handle with promptness and dispatch the essential business of the community” — and they weren’t the only ones.

“Instead of running ads touting the telephone’s usefulness in times of quarantine, AT&T’s Bell System companies and their rivals were reduced to beseeching customers to stay off the phone if at all possible…

“A New York Telephone ad even warned that operators might inquire about the nature of a call to ensure that it was truly necessary.”

The 1918 pandemic also brought about “cataclysmic” changes to the film industry, according to the media blog Deadline, drawing on comments from Hollywood historian William Mann. With “between 80% and 90%” of America’s movie theatres closed for from two to six months, mom-and-pop movie theaters were ruined and desperate for a buyer. Adolph Zukor, the co-founder of Paramount Pictures, finally realized his long-standing ambition to control the theatres where movies were shown.

The change also squeezed out independent filmmakers, Mann notes, “many of whom were women… not to mention also people of color because there was a number of African-American and Chinese-American and Mexican-American filmmakers who were working in Los Angeles and had their own companies, had their own distribution networks. But when Zukor buys up everything, so many people lose access then and lose a voice in the industry…”

But as this and other stories prove, there’s always unrecognized echoes of our past within in our present. “I look now at streaming services that now basically use Zukor’s model,” Mann tells the site. “They control production, distribution and exhibition.

“Zukor would be cheering them on.”

SHARE THIS STORY
RELATED STORIES
How New Sony AI Chip Turns Video into Real-Time Retail Data Why Trust and Autonomy Matter for Cloud Optimization FAA Flight Cancellations: A Lesson in Application Resiliency Improve the Quality of Your APIs with Spectral Linting Poisoned Lolip0p PyPI Packages
SHARE THIS STORY
RELATED STORIES
Qlik Plans to Acquire Talend. Is it a Data Management Double-Dip? A Platform Team Product Manager Determines DevOps Success Learning Storage and Retrieval with a Hash Function Anil Dash on Mastodon Joining Fastly’s Open Source Program State of the API: Monetizing API Deployment Is on the Rise
THE NEW STACK UPDATE A newsletter digest of the week’s most important stories & analyses.
The New stack does not sell your information or share it with unaffiliated third parties. By continuing, you agree to our Terms of Use and Privacy Policy.