How the Open Metaverse Will Transform Our Online Identities

When you hear the word “metaverse” in 2022, you’re likely to think of Meta (née Facebook) or one of the big online gaming platforms, like Fortnite or Roblox. But there’s also a groundswell of “open metaverse” projects on the internet, most of which are web-based — and some tied into the Web3 ecosystem as well. I’d argue that the open metaverse is where the future of the internet is really being built.

To get a handle on what’s being developed on the open metaverse, I have been lurking in the Discord server for The Open Metaverse Interoperability Group (OMI), which is focused on “bridging virtual worlds by designing and promoting protocols for identity, social graphs, inventory, and more.” OMI formed a W3C Community Group last year in order to “help structure our standards work and provide ourselves a proper IP protection framework.”

Jin was one of the first members of OMI and is an active experimenter with open metaverse technologies. I spoke to him, via a 3D virtual space in Mozilla Hubs, about what the open metaverse means — in particular in regards to our online identities — and how developers can get involved.

Avatars and What Online Identity Means in the Metaverse

Jin is pseudonymous, meaning that he hasn’t revealed his real identity online. This, it turns out, is an important characteristic of the open metaverse. “Pseudonymous work will be big in the virtual economy, avatars are inherently a privacy-preserving technology,” he tweeted last year. Pseudonymity also reflects the key influences on Jin, which include gaming culture, the first wave of online VR headsets (led by Oculus), cryptocurrencies, and “Vtubers.” The latter is short for “Virtual YouTubers” — these are online entertainers who use virtual avatars, a practice that is especially popular in Japan.

Jin and his open metaverse proponents all have 3D avatars. Jin’s varies across different platforms (he showed up as a little white robot in our Hubs call), but most of the time his avatar is identifiable via the following visual characteristics: white hair, dark glasses, a black hoodie, and a black knit cap.

For Jin, avatars are the central navigation method for the emerging internet. “Social is the killer use case for VR,” he told me. He and other OMI members spend a lot of time visiting various virtual worlds, experimenting with their avatars and creating other digital assets. Popular 3D worlds among this group include VRChat, Voxels and Webaverse.

Some of the big players in metaverse technology are more skeptical about 3D avatars. “Avatars are useful in some circumstances, but not in most cases,” said Unity CEO John Riccitiello in a recent interview. “I certainly don’t think I need an avatar to buy a book on Amazon,” he added. Riccitiello might be right about that, but it’s beside the point for Jin and his fellow open metaverse believers. “Self-expression and identity is a cornerstone to the whole thing,” Jin said.

If the 3D internet is the future, then it’s interesting to ponder what that might do to our collective sense of identity online. Over the past decade and more, social media services like Facebook, Instagram and Twitter have encouraged us to post photos of ourselves online and vent our various opinions. But the 3D internet (or at least, the open metaverse parts of it) seems to encourage a more playful and exploratory sense of identity.

“In virtual worlds and video games, it’s just the default culture to create a new gamer tag and customize your character however you want,” Jin explained. “Whereas [in] social media, it’s not really cut from that same cloth in terms of culture.”

For developers wanting to experiment with the 3D internet, Jin recommends they get to know “VRM for avatars and glTF for all other custom geometry.” glTF is an open standard for three-dimensional scenes and models developed by Khronos Group, and is commonly used by frameworks such as Three.js and Babylon.js.

VRM came out of the VTuber world and is built on top of glTF. It’s a standard for 3D avatars and is maintained by the VRM Consortium, which originated in Japan. 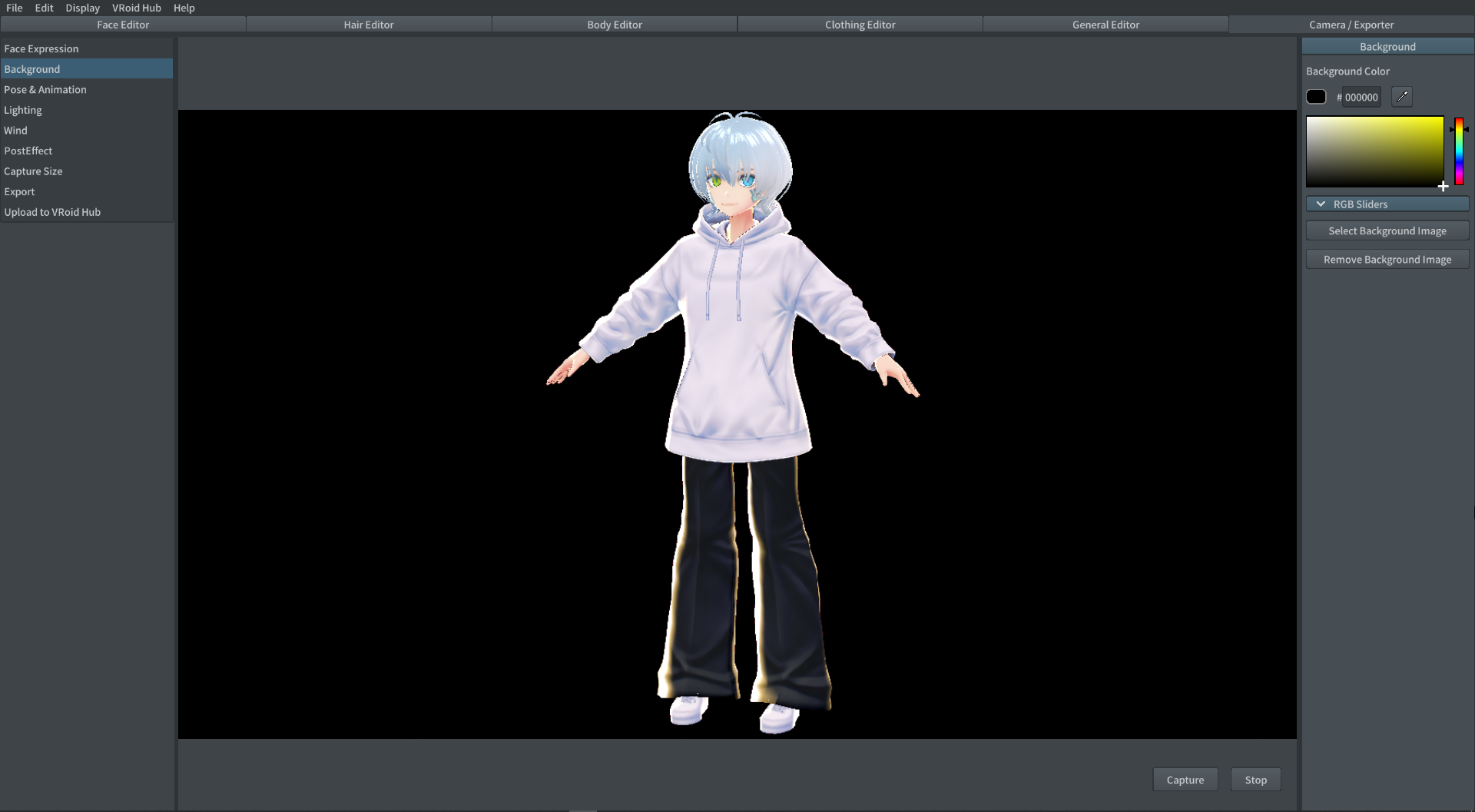 Jin working on his avatar in VRoid Studio.

One of the frustrating aspects of the metaverse trend for me has been all the talk of interoperability by the big companies, and yet the web is hardly ever mentioned by those same companies. I asked Jin whether he thinks the web will be a critical part of the 3D internet as it evolves over the 2020s?

“I think definitely the web is going to be a huge part of it,” he replied. “A lot of even native stuff is using [the] web underneath, like on the back end. And sentiments are changing. Meta, for example, is developing a web client for their Horizons platform. It was not really known, because it was kind of buried in a Twitter thread, but they are working on that.”

He went on to describe the web as “a sleeping giant” of the metaverse, because of the ever-increasing sophistication of web technology standards like WebAssembly, WebGPU and WebXR.

Another important part of the open metaverse stack is NFTs. Jin and members of M3 (an older sister organization to OMI, which Jin co-created) are bullish on “Web3,” largely because of its community and financialization incentives. NFTs in particular are a key ingredient, because they potentially offer a way for people to own digital assets and attach rights to them.

“A lot of people want interoperability and ownership,” Jin said, “and that’s the whole zeitgeist of this stuff. But who’s really doing the work of fostering […] the capability for things to be moved across different platforms and be verifiable, etc? And, you know, it’s a constant work in progress — it’s still really early.” 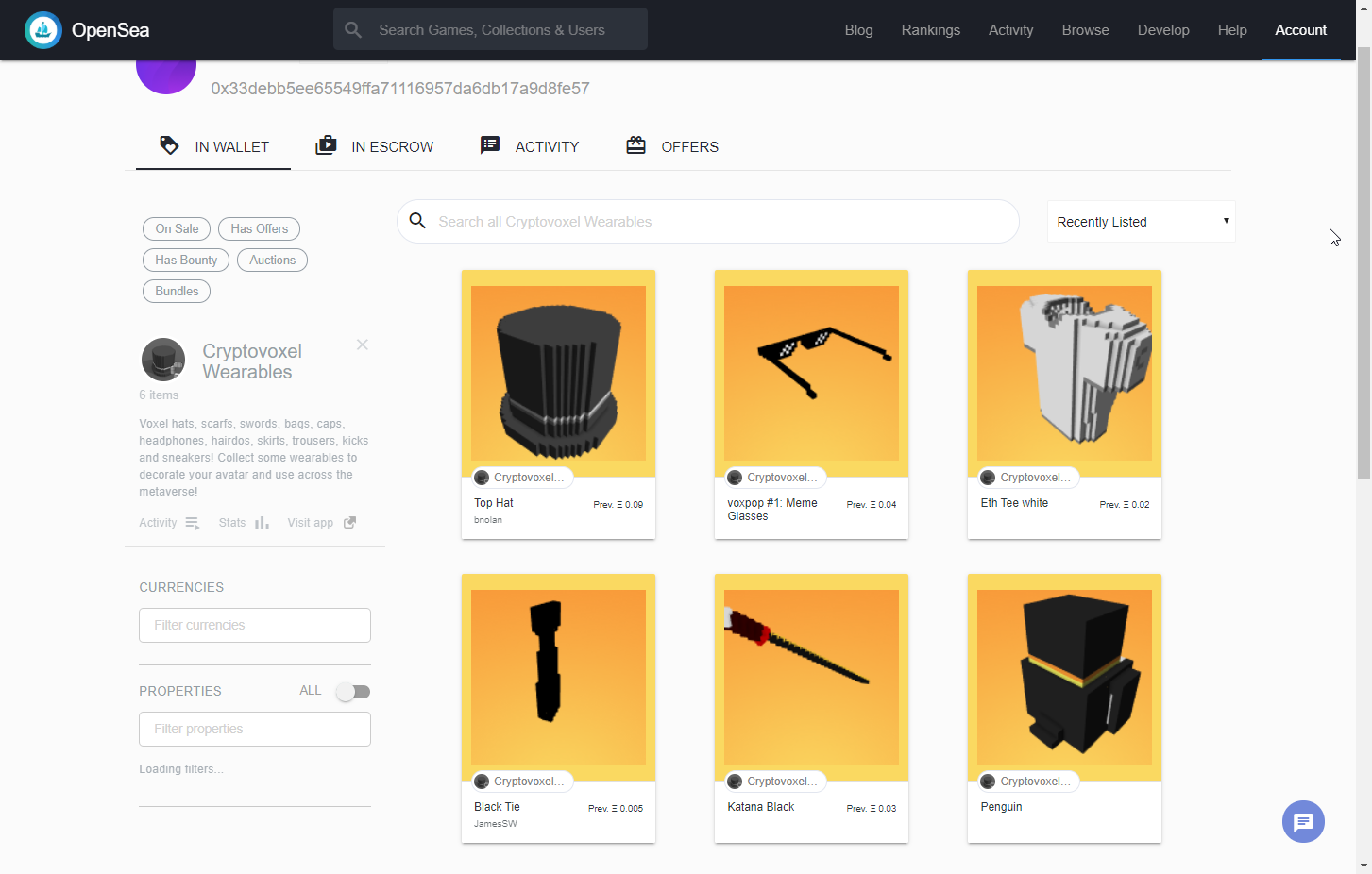 Although Jin thinks there is a lot of promise to Web3 technologies in the metaverse, he cautions that “there needs to be […] better positive focal points of what they can do.” He would like to see more “in the trenches” work on Web3, to “prove out some of the concepts that people are selling.” The M3 group is doing some of this trench work, although it’s unclear if many in the Web3 world have even noticed yet.

Getting Started in the Open Metaverse

I’ve been exploring the 3D internet over the past couple of months, and have even managed to create a basic avatar using VRoid Studio (a tool recommended by Jin in his “how to git gud” guide). It’s been a lot of fun, so I asked Jin what other tips he has for newbies and developers wanting to experiment with the metaverse?

“Start out with some kind of devlog, make an avatar in VRoid Studio, [and] make a world in Voxels or Hubs,” he suggested. “I recommend the WebXR frameworks like JanusWeb and A-Frame, because then you can go from start to finish of self-hosting your own virtual space.”

He also recommends VRChat, because it taught “millions of people to learn Unity and Blender to make their own avatars and worlds, and it’s actually not that difficult to export from VRChat to open platforms.” In fact, he and the OMI group are currently working on improving that tooling for exporting to the open metaverse.

In addition to the resources mentioned above, I’d also recommend following Jin’s own devlog. I admire the work that Jin and his OMI friends are doing to create an open metaverse. I’m also convinced that the 3D internet needs to be web-based, so I encourage all readers to begin exploring using the tools discussed here. See you in the metaverse!