How the Tech Community Can Do Better for Black Women

Coding Black Females shows one way to help eliminate the gaping racial disparities in the IT industry.
Feb 12th, 2021 11:19am by Jennifer Riggins 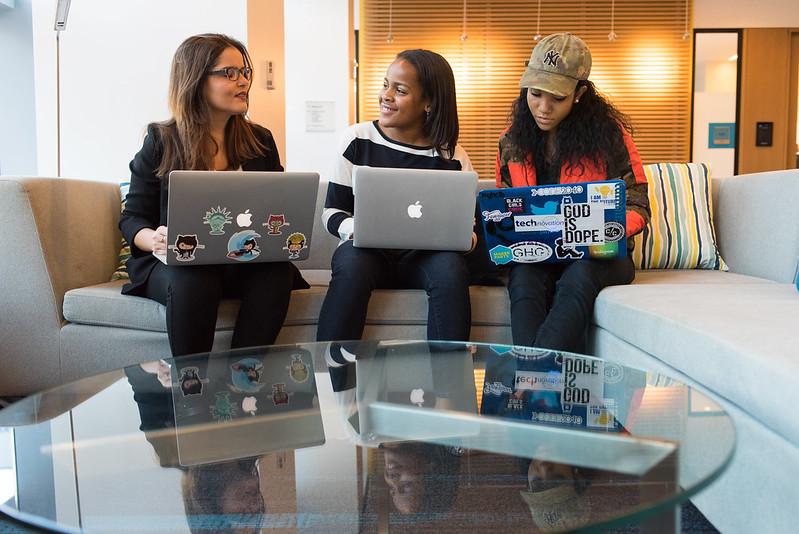 Technology is omnipresent and almost everyone is a tech consumer. It’s intimate, it’s personal, it’s professional. It’s in our pockets, our homes, our cars, our offices, our schools, our hospitals — it’s everywhere. And it’s for all of us.

That means there are no more edge cases. Tech has to be built by and for all of its users. Or else it will perpetuate the racism, inequity, implicit and explicit bias, and discrimination that’s already baked into so many products.

Still, Black women make up less than 1% of the U.K. and U.S. tech industries. This is beyond unacceptable.

According to McKinsey’s annual Women in the Workplace report, Black women consistently face more systemic barriers, receive less support from managers, and experience more acute discrimination than any other demographic. They also face disproportionately higher levels of sexual harassment in the workplace.

And while science, tech, engineering and math-related jobs still out-pay most other fields, Black women in STEM earn around 87% of white women’s salaries and just 62% of what men earn.

“I shouldn’t have spent eight years of my life not meeting another Black woman who does coding and has the same skills as me.”

So we can’t blame Black female tech professionals who have to fight for every step they take — only to leave the field in utter frustration. But we can sure as heck blame the tech industry — an industry that Black women laid some of the foundations for.

Many argue this is a talent pipeline issue. According to racial equity non-profit Code2040, “while Black and Latinx people earn nearly 20% of computer science Bachelor’s Degrees, they make up only around 5% of the technical workforce at top tech companies. Only 2-5.3% of tech executives are Black and 3.1-5.3% are Latinx.”

It’s really a retention issue. Only 18% of workplaces actually look out for compounded biases of race and gender when examining performance reviews. Exit interviews are few and far between, and while HR pushes to embrace agile practices, nobody seems to be doing regular retrospectives on diversity, equity, inclusion and retention.

Since last July I’ve been asked to be part of several “diversity and inclusion” committees at my university. Every single time I’m in the room for the initial meetings I bring up equality in salaries. I never get invited to continue to stay on those committees.

The 2017 Tech Leavers Study, which still remains the only published research of its kind that we are aware of, found that two-thirds of tech leavers would have stayed in tech if their employers had fixed the company cultures.

Not surprisingly, most tech companies’ response to the resurgence of the Black Lives Matter movement last summer wasn’t a reckoning — it was performative lip service.

At The New Stack, we believe the tech industry should be held to a higher standard. After all, we are building the present and the future. So, how can we do better?

Coding Black Females Looks to Increase Representation Across the Stack 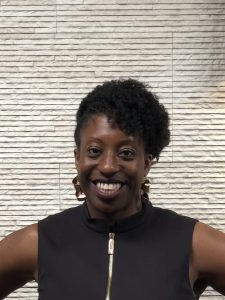 When you lack communities, support and representation, it becomes very challenging to see growth within an organization or an industry. Black people in tech and especially Black women in tech are finding solace and strength in building communities of their own.

The Woman of Color in Tech Slack community was created by and for women of color in the tech industry.

As the founder of Coding Black Females, since 2017, lead software engineer Charlene Hunter has built up this tech community in the Midlands and now across the United Kingdom.

This non-profit began as a meetup as a way for local Black women to share conversations, resources and ideas about technology. It soon turned into monthly coding sessions, which brought together technologists from all different levels and industries and then attracted company partnerships and sponsorships. Notably, in an effort to increase its own known lacking diversity, the British Computer Society offered the community free memberships.

Coding Black Females members started being offered tickets to conferences. Then offers to speak and run workshops at these events started pouring in — because representation both on and off stage is essential.

The goal of the community soon expanded past providing support toward also increasing the visibility of Black women in tech.

Last August, the organization launched the first Black Codher boot camp, in collaboration with Niyo Enterprise. This six-month program was open to 50 Black women in the U.K. who were either unemployed or under-employed with a salary of under £25,000 ($34,650.00 U.S.)

The boot camp has two cohorts, each with two evenings a week dedicated to training future full-stack developers on a range of skills from agile project management and test-driven development to databases and cybersecurity to full application development on the MERN stack — MongoDB, Express, React, and Node.

Hunter said some of the boot camp grads “hadn’t used command line before to now building full-stack applications with businesses fighting over [hiring] them.”

See the graduates in action on Feb. 19 during the first Black Codher Demo Day. Applications to the second program are now open, too.

Hunter said the idea for Black Codher came to fulfill a need for more representation “to empower Black women to build the technology and applications they are already using.”

However, boot camps are often very expensive, creating just another barrier to entry, particularly when nearly half of Black and minority ethnic households in the UK are living in poverty.

Black Codher can “remove those barriers to allow people to progress,” Hunter said.

With all this in mind, Coding Black Females continues to grow. While last year things changed rapidly and moved online due to the new coronavirus outbreak, the meetup hosted two events a month, launched a job board, completed its first boot camp, and increased visibility and corporate partnerships.

“We needed events to continue because we needed to make sure people were OK and could remain focused on developing their skills and being inspired,” Hunter said.

Hunter said last year she was also contacted over Instagram by a 16-year-old fellow coder, who was organizing a Scratch visual programming course for 10 to 14-year-olds. There are 12 fearless young Black females in this eight-week course which the high schooler organized and which Coding Black Females supported with financing, background checks and volunteer instructor recruitment.

There is great value in increasing the representation, inclusion and advancement of Black women in the tech industry — which frankly encompasses all industries in one way or another. Coding Black Females continues in its goal of highlighting the skills and talent of its community and enabling those who don’t have the skills to get them.

How the Industry Can Support Black Women in Tech Now

What else can you do besides hiring some of these Black Codher grads? Look for proof of code, not proof of degree. We know the often slower learning cycles of a traditional four-year degree. Graduates of boot camps or regular contributors to open source projects often have more relevant experience, so don’t let LinkedIn and recruitment software filter those candidates out. Perhaps offer a code or whiteboarding test — just consider paying for your candidates’ time because no one should be volunteering that much effort toward a job they may not get. And don’t forget to check out other resources like the BYP network, which has been dubbed LinkedIn for Black professionals.

Be intentional and transparent in your hiring process. Is diversity and inclusion a real objective that you’ve shared with all hiring stakeholders? What are you plans to diversify your candidate pool? How are you measuring this? Is it tied to team, HR, or company KPIs or OKRs?

And then you don’t just want to hire more Black women, you want to retain them. What are your plans for creating psychological safety? For fostering an inclusive work environment? Just don’t go and create a D&I committee and push your few employees of color to serve on it — always assume they are tired of the fight and shouldn’t have to be the ones to educate you on racism, privilege and bias. Instead, hire an anti-racist consultant to help.

Perhaps most importantly, from interviewing all the way through, make sure it is clear how your minority employees can grow within your company. Offer mentorship and sponsorship opportunities. Make sure to measure bias in performance reviews and don’t skip exit interviews.

And while this article highlighted a great program to get more Black women started in tech, please remember to target diversity, equity and inclusion at all tiers of your corporate hierarchy — we need more Black women at all levels of management. At the same pay rates as white men.

Jennifer Riggins is a culture side of tech storyteller, journalist, writer, and event and podcast host, helping to share the stories where culture and technology collide and to translate the impact of the tech we are building. Currently in London,...
Read more from Jennifer Riggins
SHARE THIS STORY
RELATED STORIES
Devs and Ops: Can This Marriage Be Saved? Engineering Leaders: Switch to Wartime Management Now What Is a Sociotechnical Knowledge Map and Why You Should Care There Is No Shame in Customer-Reported Incidents Hacks to Help Open Source Leadership Support Inclusion
SHARE THIS STORY
RELATED STORIES
Low-Code Tools Improve Devs' Work-Life Balance, Survey Finds eBay: Betting on Open Source Is Great for Your Business Kathleen Booth, Creator of the First Assembly Language Devs and Ops: Can This Marriage Be Saved? Slack: How Smart Companies Make the Most of Their Internships
THE NEW STACK UPDATE A newsletter digest of the week’s most important stories & analyses.
The New stack does not sell your information or share it with unaffiliated third parties. By continuing, you agree to our Terms of Use and Privacy Policy.