How the World’s Top Organizations Test

Highlights from Tricentis report on how the world’s top organizations test software, including top priorities for improving their testing.
Apr 30th, 2021 9:00am by Cynthia Dunlop 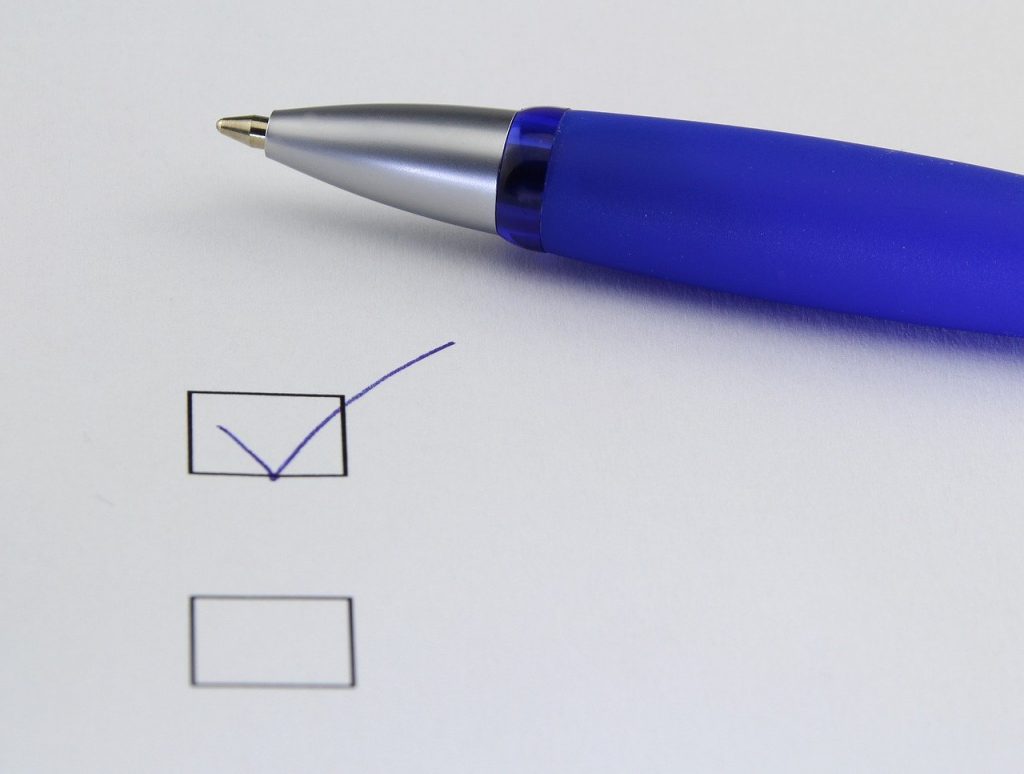 Cynthia Dunlop
Cynthia has been writing about software development, testing and enterprise automation for much longer than she cares to admit. She’s currently director of content and customer marketing at Tricentis.

The challenge of software testing is immensely underestimated and invariably unappreciated. Even with seemingly basic applications, like a common mobile app, there are a staggering number of testing approaches you could take, paths and conditions you could exercise, device configurations you could test against, and so on. With today’s near-continuous release cycles, ensuring that each update adds value without disrupting the user experience is a daunting task.

The difficulty is exacerbated for enterprise organizations. At this level, testing must accommodate:

Particularly at the enterprise level, testing is the No. 1 source of delivery delays, manual testing remains pervasive (only 15% is automated), and testing costs consume an average of 23% to 35% of the overall IT spend.

Yet, many top organizations find a way to break through these barriers. They transform testing into a catalyst for their digital transformation initiatives, accelerating delivery and also unlocking budget for innovation.

What are they doing differently? And how does your organization compare?

To shed light on how industry leaders test the software that their business — and the world — relies on, Tricentis is releasing our findings on how the world’s top organizations test in our first How the World’s Top Organizations Test report, a study we plan to do annually. This data was collected through one-on-one interviews with senior quality managers and IT leaders representing multiple teams. The participants represented teams using a variety of QA-focused functional test automation tools: open source, Tricentis and other commercial tools. Developer testing and security testing activities were out of scope.

The report focuses on the data collected from the top 100 organizations we interviewed: Fortune 500 (or global equivalent) and major government entities across the Americas, Europe and Asia-Pacific. All for-profit companies represented here have revenue of US$5 billion or more.

We’re protecting everyone’s privacy here, but just imagine the companies you interact with as you drive, work, shop, eat and drink, manage your finances — and take some well-deserved vacations after all that. Given the average team size and number of teams represented, we estimate that this report shows the activities of tens of thousands of individual testers at these leading organizations.

At a super-high level, the results from these top organizations revealed 39% test automation, but high false positives, low-risk coverage and shockingly slow testing cycles. Here are some specific takeaways.

Automation Without Stabilization: The average test automation rate (39%) is relatively high, but so are false positives (22%). This is common for early-stage test automation efforts that lack stabilizing practices like test data management and service virtualization.

Tests Aren’t Aligned to Risks: Requirements coverage (63%) is high, but risk coverage is low (25%). Likely, teams are dedicating the same level of testing resources to each requirement, rather than focusing their efforts on the functionality that’s most critical to the business.

Dev and Test Cycles Are Out of Sync: The average test cycle time (23 days) is shockingly ill-suited for today’s fast-paced development cycles (87% of which were two weeks or less back in 2018). With such lengthy test cycles, testing inevitably lags behind development.

Quality is High (Among Some): The reported defect leakage rate (3.75%) is quite impressive (typically, < 10% is considered acceptable, <5% is good, and <1% is exceptional). However, only about 10% of respondents tracked defect leakage, so the overall rate is likely higher. The organizations tracking this metric tend to be those with more mature processes.

“Continuous Everything” Isn’t Happening…Yet: Few are achieving >75% test automation rates or adopting stabilizing practices like service virtualization and test data management. Given that, limited CI/CD integration isn’t surprising. All are high on the priority lists of organizations though.

Greatest Gaps: The greatest gaps between leaders and laggards are in the areas of the percentage of automated tests executed each day, risk coverage, defect leakage into user acceptance testing (UAT) and test cycle time.

The complete 18-page benchmark report is available now. It covers:

Here’s a teaser of some of the data points you’ll find: 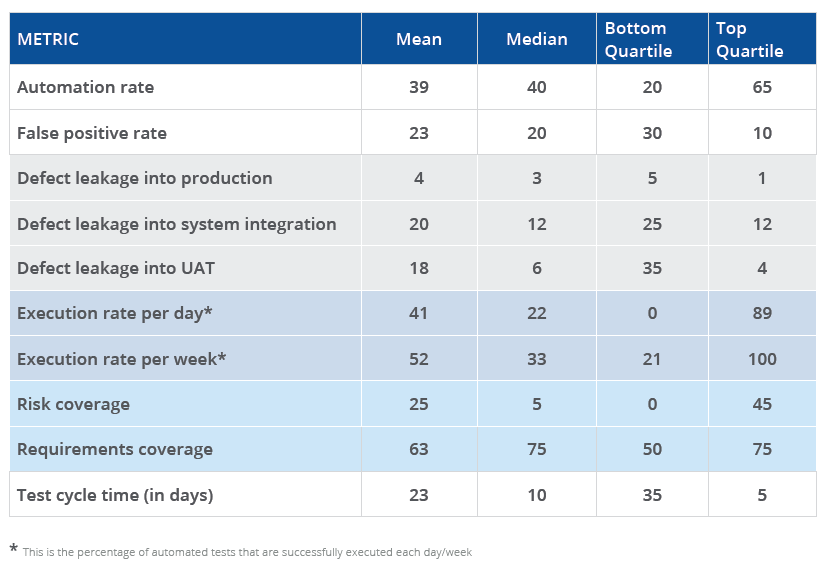 Over the course of 2021, we’ll continue sharing different analyses of our data set. Expect to see reports on trends:

Come 2022, we’ll publish the second edition of the report, which will include year-over-year trends as well as the latest results.