How This Open Source Bionic Leg Could Revolutionize Prosthetics 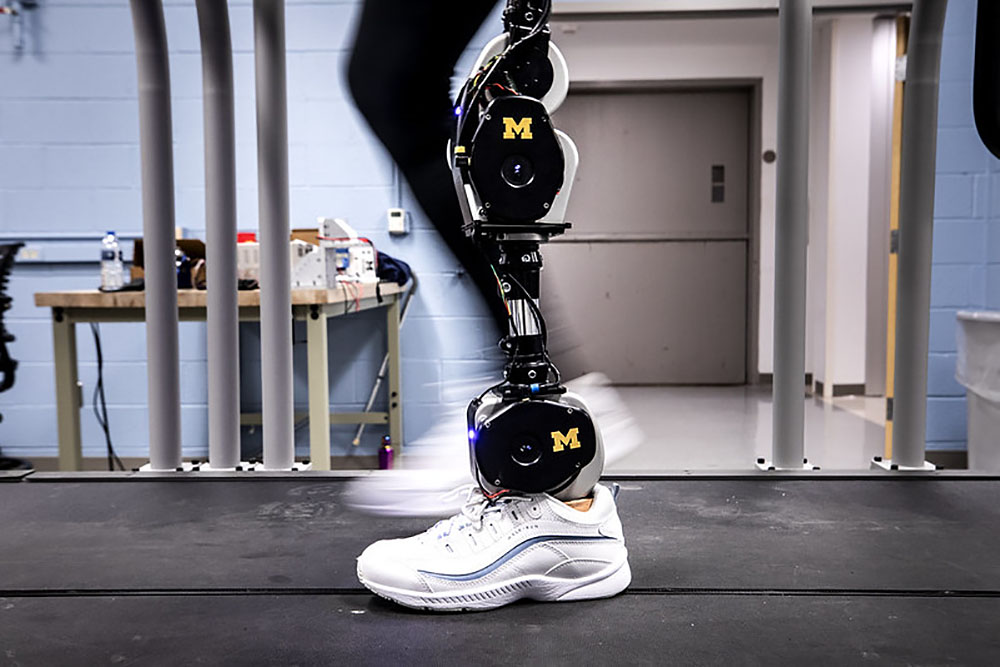 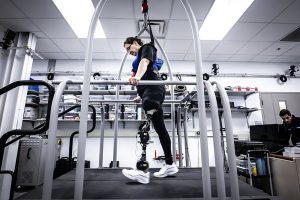 While there are already some open-source platforms for upper-limb protheses, the Open Source Leg (OSL) is the first system of its kind for robotic lower limbs, offering a simpler alternative that a wide range of researchers can adopt, thus allowing scientists to focus on clinical testing and the development of higher-level control strategies, rather than starting from the ground up.

We’ve seen a number of new and exciting ideas for state-of-the-art prosthetics in recent years, ranging from affordable 3D printed hands, to AI-assisted neuroprosthetics and algorithms that help users quickly “tune” their artificial limbs. But with bionics research teams often working in their own separate silos, advances in the field often come in a piecemeal fashion, without the advantage of a common, unifying platform upon which to build and to contribute new improvements — something that is especially apparent when it comes to lower bionic limbs. Adding to the dilemma is the fact that researchers often don’t have access to a prosthetic leg to test their systems on, and as such lose time by having to build their own, or are confined to running less-than-realistic virtual simulations. 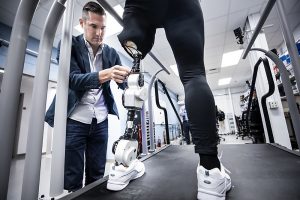 “The OSL is intended to be a simple, portable, scalable, customizable and economical hardware solution for the development and evaluation of control systems, both inside and outside of the laboratory,” explained the team in their paper, published in “Nature Biomedical Engineering.”

“Through the OSL, we hope to reduce the amount of time and resources that are needed to pursue prosthetics research, enable fair comparison between different control systems and provide long-term multistudy technology to accelerate progress in the field of powered prosthetic legs.”

To make it more accessible to the greater research community, the OSL was created with ease-of-assembly, customization and maintenance in mind. Its design features knee and ankle joints that can operate independently, each being equipped with their own on-board batteries, sensing and control systems, facilitating testing outside of a lab and in more realistic settings.

The OSL uses an open source motor controller and an embedded system, allowing researchers to focus on developing higher-level control functions, rather than wasting time developing hardware and software from scratch. In another innovative move, the OSL also adapts components from other industries to improve performance and more refined control. 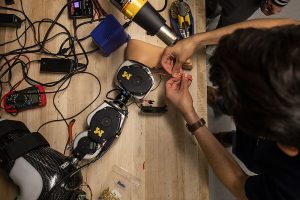 “We implemented brushless electric motors from the drone industry because their efficiency and torque density permitted lower transmission ratios, enabling the use of timing belt drive transmissions instead of more expensive or complex alternatives that can have substantial product lead times and cost,” wrote the team.

The OSL is also designed to be highly customizable, with several design and control features that can be tailored to different requirements, such as adjusting knee elasticity, as well as the possibility of swapping out microcontrollers, sensors or substituting different robot operating systems. To make it even easier for researchers to build, modify and test the OSL, the team has made available a number of online resources such as video tutorials for assembly and coding, as well as an itemized list of parts and suppliers. 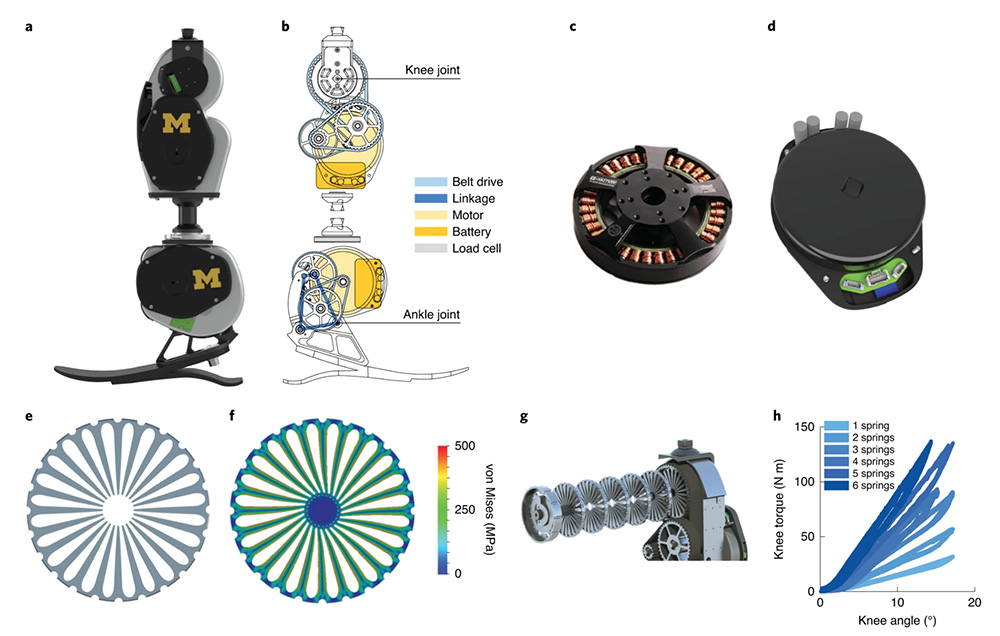 a) Rendering of the Open Source Leg (OSL). b) Schematic of the OSL. c & d) OSL’s electric motor, integrated with the open-source motor controller and embedded system. e) Spring disk (side view). f) Von Mises stress analysis of a spring disk being deflected by the gear-shaped internal shaft. g) Exploded view of six springs stacked inside the OSL knee. h) Chart of torque-angle relationship of the knee with 1–6 springs stacked inside.

Besides increased comfort for users, the OSL is also relatively cheap, costing between $10,000 to $30,000, depending on which options are chosen. In comparison, most robotic prosthetics that are currently available in the market can cost up to $100,000 — making the OSL a potential game-changer for people who need a low-cost but performant alternative, as well as forward-thinking scientists looking to propel research further in this growing field.

Read more in the team’s paper, or see the resources and information available on Open Source Leg.