How to Bridge the Developer-Designer Gap 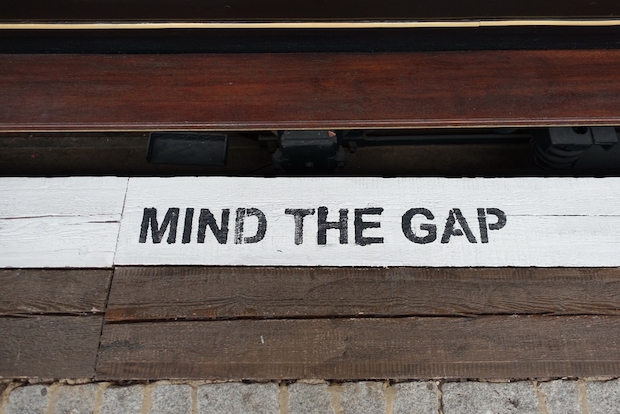 One of the most challenging conversations for frontend and web developers can be the conversation with the designers. Kathryn Grayson Nanz contends it’s because of a language gap and she aims to change that.

Nanz should know: She lives in both worlds, as a UI designer and a React frontend developer with Progress Software. She presented “Learn Enough Design to Be Dangerous” during Tuesday’s Progress 360 conference in Boston, Mass.

“A lot of where we see that friction is with the handoff [with design] or when teams struggle and we feel that fight between the two teams,” Nanz said. “They’re trying to accomplish quite literally the same thing. They’re just coming at it with two different ways to describe it.”

Teach developers the jargon — what kerning or leading mean, for instance — and it can help bridge the gap, she said.

Nanz sat down with The New Stack to fill us in on Progress’ release on Wednesday of ThemeBuilder Pro, a revamped tool that makes coding design easier for developers.

Originally, ThemeBuilder was more of a tool to skin the components — basically, to change colors to reflect a company’s brand, she explained. The revamped tool supports more in-depth changes, from padding and margins to different typefaces. For designers, the company offered a set of Figma kits that parallels its component library. But there was nothing that really empowered developers at companies without designers.

“For teams that had a designer, they were great with Figma kits,” she said. “The teams that didn’t were really, really struggling because they might not necessarily have a frontend specialist or someone who even — if they have a frontend engineer — is really focused on writing that kind of CSS, which is becoming more and more [of] a specialization. So we wanted to expand what we offer, to allow teams to make those granular changes to the look and feel of our components.”

ThemeBuilder allows developers to customize components with a WYSIWYG-style editor, then exports a bundle of CSS or SASS and drop it into the application.

It specifically targets those who use Progress’ Kendo UI components libraries for jQuery, Angular, React and Vue. Kendo offers a set of pre-made components so that developers don’t have to create components such as buttons, color pickerel date pickers and data grids. In fact, Progress told TNS that data grids are one of the primary drivers for adoption of their Kendo offering.

Developers can start with Material, Bootstrap or Fluent Design, and when done, implement the design system through their UI components across web applications. They can make edits to themes in a visual UI without the need to go into the code.
It’s available across Progress’ Telerik UI for Blazor, Kendo UI for Angular and KendoReact. By using the interface, developers can accomplish in minutes what would typically take hours or days, the company said in a press release.

“Frontend is becoming so much bigger as JavaScript becomes able to do more,” she said. “We’re seeing these big frontend frameworks, that our frontend engineers writing React or Angular are doing a lot of business logic and backend-type things on the frontend. That frontend line is creeping its way further back.”

Loraine Lawson is a veteran technology reporter who has covered technology issues from data integration to security for 25 years. Before joining The New Stack, she served as the editor of the banking technology site, Bank Automation News. She has...
Read more from Loraine Lawson
SHARE THIS STORY
RELATED STORIES
2023 Web Tech Check-in: React Performance, PWAs, iOS Browsers Google Brings Rust into Chromium Project Prepping for 2023: What's Ahead for Frontend Developers Wasm for the Frontend: A Look at Developer Use Cases Core Wars Shows the Battle WebAssembly Needs to Win
TNS owner Insight Partners is an investor in: The New Stack.
SHARE THIS STORY
RELATED STORIES
The 'S' Word: How Frontend Developers Can Embrace Security Pro Coders Key to Stopping Citizen Developer Security Breach An Inside Look at What GitLab’s Web IDE Offers Developers Generative AI: How Companies Are Using and Scaling AI Models Crypto Winter Puts Dampener on Web3 Developer Growth
THE NEW STACK UPDATE A newsletter digest of the week’s most important stories & analyses.
The New stack does not sell your information or share it with unaffiliated third parties. By continuing, you agree to our Terms of Use and Privacy Policy.