How to Build a Culture Bridge to the Cloud 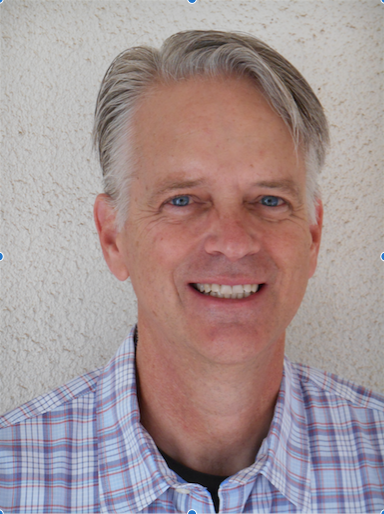 Bob Quillin
As vice president of developer relations for Oracle Cloud Infrastructure (OCI), Bob leads the Cloud Native Labs team who are responsible for OCI cloud native developer relations, advocacy, engagement, solutions and lighthouse adoption. Bob joined Oracle as part of the StackEngine acquisition by Oracle in December 2015, where he was co-founder and CEO. Based in Austin, TX, StackEngine was an early container-native pioneer building services and platforms designed to help developers and DevOps teams build, orchestrate and scale enterprise-grade container apps. Prior to his role as co-founder and CEO of StackEngine, Bob was CEO of Austin-based CopperEgg, a cloud-monitoring SaaS startup acquired by Idera in 2013. With previous executive and startup leadership roles at CopperEgg, nLayers, EMC and VMware; Bob has focused his career on applying automation to simplify complex cloud, IT and developer challenges. You can find him on Twitter @bobquillin.

But like any paradigm shift, the transition to the cloud faces some serious obstacles. An August survey from the Cloud Native Computing Foundation found that efforts to adopt cloud native technologies face some of the hurdles you’d expect any new technology to come up against: networking, complexity and lack of training. But the top challenge that respondents faced was “cultural changes with development team,” at 41 percent.

The DevOps culture necessary to effectively use open source, cloud native technologies has fundamentally changed software and team processes. It is expanding how we work and think. For some, this presents an exciting opportunity. Others approach it with more trepidation.

Startups, in general, are on board. They don’t have entrenched technology that needs to be maintained and upgraded. They are also able to hire people whose skill sets are a good fit with newer technologies.

For enterprises, it’s a bit tougher. They have massive investments in workhorse technologies and platforms such as Java and WebLogic. But they also have IT teams with deep heritage and operational knowledge in building, deploying, running and maintaining applications over decades.

Understandably, their developers don’t necessarily want to become experts in infrastructure and in projects such as Kubernetes. They may not see the value in having novices muck around with it.

As long as the developer and operations teams remain separate, they each have a measure of power and a measure of comfort. Getting these two groups to work together and embrace DevOps is as much about getting everyone to understand and embrace a more collaborative approach as it is about upskilling people. It’s about understanding a system as a whole, about thinking holistically and about enabling productive exchanges between people with very different training and backgrounds. In other words, it’s about culture. And it’s exactly what has to happen if the enterprise is going to realize the full benefits of cloud technologies.

Fortunately, there are a few ways to make the transition easier. As Araceli Pulido, an engineering manager at Bitnami pointed out during a panel at the recent KubeCon+CloudNativeCon 2018, you can’t force new technologies on an unwilling IT staff. Instead, one of the best ways to plant the seeds of a hardy DevOps culture is to find just one champion team that is willing to move forward. Some of your developers are probably already going to meetups and working with open source. If they’re also unusually collaborative and enjoy documenting what they learn, they’re good candidates for that first team.

Let them start with what they know. You might move an application into a container without breaking it into microservices. That first step will let you get an application up and running in the new environment. It’ll make it easier to break down the workflow into composable parts, setting you up to add in other microservices, such as logging functions.

After that, try incrementally dissecting the application into microservices. Then, it might be time to build a new front end for that application and the new front-end can live in the cloud. The next step might be to look for new projects and modules that can be cloud native. As your champion team builds that app, maybe they can begin to collaborate with a more traditional team.

As an organization, you’ll need to move from an inside-out culture to one that is more outside-in. Go to conferences. Go to meetups. Open yourself up to learning from your industry and the wider open source community. You’ll find yourself building bridges for recruiting new talent — people who are also excited to work on new technologies.

Most important: You don’t have to do all of this yourself and neither does that champion team. It’s a heavy lift to expect developers to become experts in infrastructure, or to become experts in every open source project that could help them use the cloud more effectively.

This is where managed services have a big role to play. Kubernetes, for example, is one of the first major technology sets that your developers would have to learn. But with a managed service such as Oracle’s Container Engine for Kubernetes (OKE), organizations no longer have to stand up their own Kubernetes cluster, maintain it and keep up with releases. OKE is a container-native and enterprise-ready managed Kubernetes service. It integrates with other managed services in the cloud, such as storage, app development tools and load balancing. Your developers don’t have to be Kubernetes experts and applications experts — they can just focus on the application.

With managed services, your team can leapfrog a big part of the cloud learning curve, jump right into the cloud native ecosystem and community and start producing results right away — for themselves, for the enterprise and for customers.

All of this is to say, you can enjoy the transformational benefits of cloud, even if you’re not cloud native yet. Understanding the culture and its value is the first step. Having a more holistic way of thinking breeds empathy. Understanding the modular parts of a system breeds efficiency. And most importantly, having a point of entry through managed services enables you to simply start making way for innovation.

The Cloud Native Computing Foundation and Kubecon+CloudNativeCon are sponsors of The New Stack.