How To Do a Great Hardware Demo 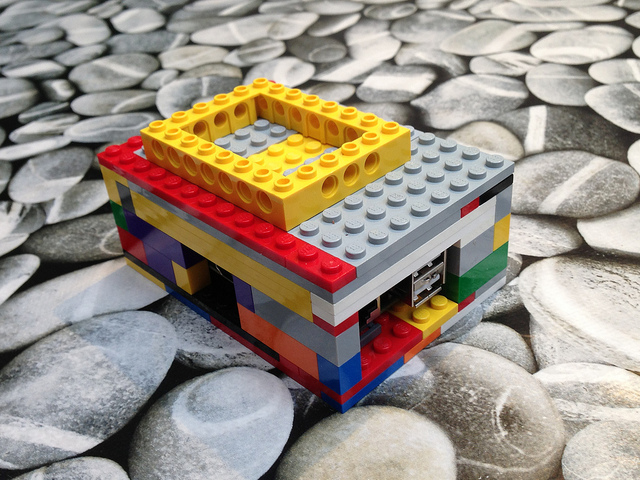 Presenting a hardware demo is fraught with risk and potential show-stoppers, particularly when working with prototypes. You might put a battery in one of your demo devices backwards. The machine used to display your slides may not boot. Or, a connection on the video switcher may come loose. Discovering these problems before or during a talk could throw you completely off track. There’s no need to be “rattled” by any of these things, if you plan and rehearse.

I recently gave a 40-minute session at OSCON, titled “Hacking Lessons: Which Micro Controller Board Do I Use?”. The talk involved new technology and took a few weeks to get together. By all accounts it went pretty well. What did I do to get ready? That’s the topic of today’s story.

My talk focused on trends in current micro-controllers. A “show and tell” approach seemed like a good idea, instead of just the usual series of 35 boring slides. I decided to use one of the latest devices to actually run the slideshow along with a live video feed of the other micro-controllers. The device, known as a Hummingboard, is a high-performance Raspberry Pi clone made by Solid-Run. It features a duo-core chip, 1 GB of memory, HDMI output, and two host USB ports. It runs Debian Linux with the XFCE desktop. I also added a Logitech keyboard/mousepad and a Logitech C310 Web cam hacked to focus down to about 3 inches. People usually use Linux notebooks to run their slideshows. Not me. Go big or go home.

Preparing For The Show

My standard approach is to hit the audience with some kind of attention grabber, then give a little summary of what we’ll discuss, transition to the three main points, throw in bits of interesting detail, then wrap up with an attention grabbing challenge or call to action. The formula integrates well with hardware demos.

The actual hardware part of the talk came when I confessed that the whole presentation had been done on the tiny Raspberry Pi clone board. One slide showed the Hummingboard setup hooked up to the big-screen in my hotel room.

Yes…I brought an HDMI cable along for rehearsal.

I spent a lot of time working with the Hummingboard, keyboard/mousepad, and Web cam to make sure it was easy to set up and reliable. The original plan was to use a regular Raspberry Pi. After loading some sample slides into LibreOffice, I discovered that the transition between slides of up to 20 seconds, simply would be unbearable for the audience. Starting to plan for the talk 6 weeks out, allowed enough time to find a suitable solution.

Try out your ideas quickly, then find workable solutions to the issues you face, in a timely manner.

Rehearsal Is The Key To Delivery

I like to start with a set of slides that I think will work for my talk, then make a pass through them, in real time to get a feel for the actual length of the presentation. Typically, there are way too many slides, too much detail, or I just talk too slowly and need to pick up the pace.

So I tweak and modify. Every move in the presentation is rehearsed and tested. The idea is to optimize delivery to the point where you can predict how long your talk will go. I told my OSCON tech, Jordan, that I was going to go about 36 minutes and that I wanted him to give me a sign, exactly at 10 a.m. When he nodded, I started talking. Thirty-seven minutes later, the presentation concluded and I took a few questions.

Rehearse your talk until it’s second nature. I went through my pitch about a dozen times, total. That’s just the real-time rehearsal. The slides also have to be created, modded, and edited. The hardware needs to be assembled and tested…and tested…and tested. You get the picture.

When it came time to show how the Digispark board worked, with a little flashing LED, I actually did put the battery in backwards. It didn’t light. I fiddled with it for a second or two and then just moved on describing what it should have done. I had rehearsed enough that it didn’t mess up my train of thought, at all.

In retrospect, a simple toggle switch could have eliminated the chance of putting the battery in wrong during the show. Add that to the checklist for next time.

Confidence on stage, knowing your topic, and telling a compelling story are the keys to credibility when you’re in the spotlight. Rehearsal and optimizing your delivery will uncover the sticking points and weak areas in your presentation. I also made sure to mention that I carried the Hummingboard around loosely, in my pocket all week, as a conversation starter. Hardware hackers can’t help being curious when you hand them a new piece of equipment. Would the thing work when I plugged it in for my talk on Thursday?

Didn’t matter. I had a backup board and the slides loaded on my Linux notebook, just in case.