The diversity at the world’s largest tech companies ranges from minority to minute. This is a huge problem. Every year, as every sector and almost every human being becomes increasingly reliant on tech, this becomes an even bigger problem. This isn’t just the moral argument that we are shamefully leaving behind target consumers. There’s a business motivation for more diverse teams.
Jun 5th, 2019 3:00am by Jennifer Riggins 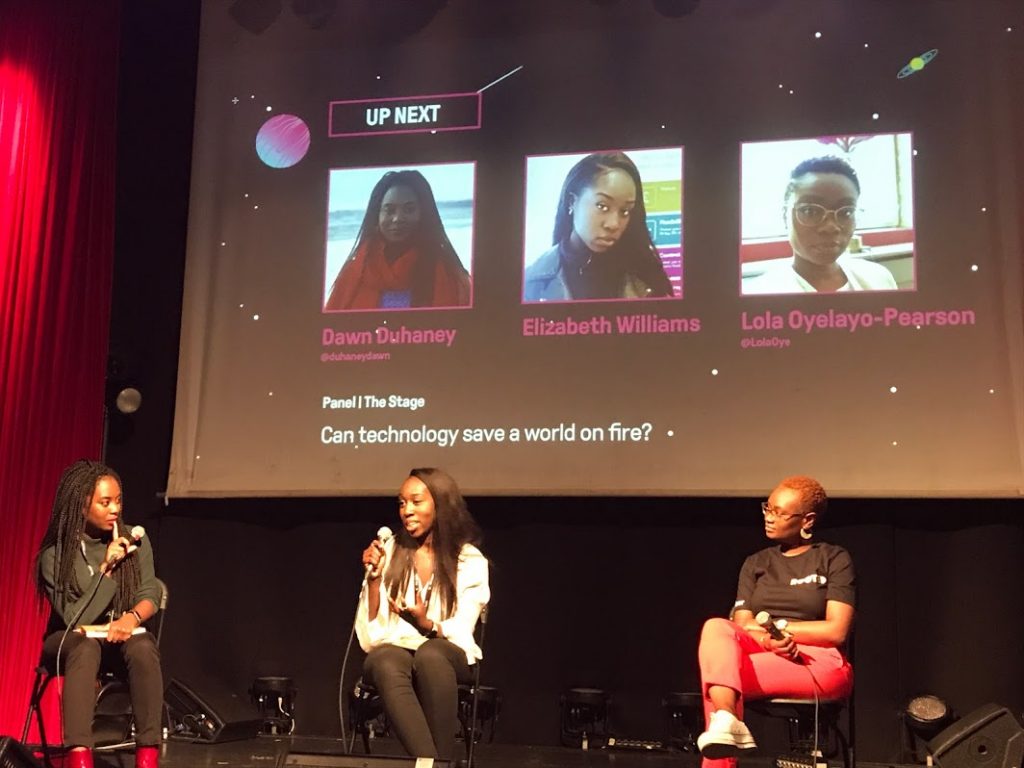 Take a moment at work this week. Look around you. Does your current team represent your current users? If your company scaled to 2 billion, would your staff represent your broad user base? Probably not. Most likely your tech company has a diversity and inclusion problem. That means you will never be able to truly understand your users and be an accessible and inclusive tech if you don’t build diversity into your roadmap and your company culture. You’re also not retaining talent.

You’re not alone. The diversity at the world’s largest tech companies ranges from minority to minute.

This is a huge problem. Every year, as every sector and almost every human being becomes increasingly reliant on tech, this becomes an even bigger problem.

This isn’t just the moral argument that we are shamefully leaving behind target consumers. There’s a business motivation for more diverse teams.

Executive and management ethnic and cultural diversity are directly correlated with profitability. According to McKinsey, companies with the most ethnically diverse teams outperform others by 33 percent. The research company also concluded that more diverse organizations are better able to attract top talent and to improve their customer orientation, employee satisfaction, and decision making.

But diversity is just a start. To take full advantage of individual potential, they have to feel included. Today we will share the advice and insight from some UK Black tech leaders in hope that steps will be taken away from tokenization and towards actionable change.

How People of Color Move from Consumers to Owners

“How can we make that change where people of color are building the products?” Elizabeth Williams asked this of the audience at this year’s Afrotech Fest in London.

Williams says the first role of tech taking steps towards equity is in building awareness of socioeconomic inequality in ethnic minorities.

“Flint [water crisis] didn’t become a political discussion until it was on the Internet,” she said.

She says these vulnerable hubs of communities need to be building the products that solve these concerns.

“A failure to design services which meet the needs of the black community has contributed to poor life outcomes.” @Julesequity #afrotechfest

“Being inclusive at a very basic level — making sure people are represented correctly at each stage” of activism. Williams continued, “You need to ensure that people of the population can directly envisage themselves in that group.”

In order to foster this change, Capital One designer Lola Oyelayo-Pearson says, “The relationship we have with technology has to be less things happen to us. But one where we feel more empowered by it.”

She continued, “Where our world is on fire is where the relationship we have with technology is one where we can’t necessarily use it to our advantage and we can’t influence the change we want to see whether it is environmental or social or economic. We need to recognize that it is important for us to participate in the process of creating the tech that serves as, creating the services that serve us.”

“Whether you are part of the power struggle that drives technology or whether you are always going to become prey to it because you can participate in changing that.” — Lola Oyelayo-Pearson, Capital One

For Oyelayo-Pearson in order for more Black people to build products, they have to lean in and take ownership of the conversation.

“We may also be self-excluding because we don’t allow ourselves to walk into that room with complete ownership of that process,” she said. “We are going to need to participate and say I’m here, I’m available, my issues are valued.”

An interesting perspective of Only Black Developer Syndrome (OBDS), a term coined by Greg Nwosu. Know that "you're actually better than good enough and protect your dignity." #AfroTechFest pic.twitter.com/QD3rJazPp0

But on the other hand, Oyelayo-Pearson strongly advocates that people of color have to start building their own companies and products in order to take ownership in the tech industry. “We tend to be consumers. We need to be producers,” she said.

“I want to see people getting their side hustle on around tech.” She continued, “And then how do you scale from a side hustle to actually having an impact?”

A lot of organizations say they are trying to be more inclusive. But it’s oh-so-slow to see any impact at all. Oyelayo-Pearson wonders if maybe it’d accelerate change if minorities started building their own projects and products and then it’ll naturally be more inclusive.

And she doesn’t just mean starting from scratch. She pointed out how Amazon and Google weren’t the first to do what they do, but they were the best at observing the failures of early competitors and filling those voids. Oyelayo-Pearson theorizes that if a company is built inclusive and accessible from the start, it’ll instinctively fill more holes and serve a broader population.

Just make sure your side hustle isn’t for free. She says charging for it is at the best way to make it happen.

“If you get paid for it, it’s sustainable. If you are doing it for free, it’s easy to fall over the side,” said Oyelayo-Pearson. “If it’s not making money, it’s costing money and whoever is paid is in control.”

Then, once you make money, you can put it towards social good.

“I don’t see activism and capitalism and social good as opposed. We’re not going to achieve it unless it is funded.”

At Skills Matter London’s Beyond Tech — a new two-day conference exploring the role and responsibilities of tech in society — Afrotech Fest co-organizer and software engineer Sapphire Mason-Brown didn’t talk about tech’s diversity problem, but rather its retention one. She quoted the 2017 Tech Leavers Study, a first of its kind, examining why people voluntarily leave their jobs in tech, which discovered that women and people of color are much more likely to resign. Some of the major reasons are:

And it seems less that these things happened and more that they were allowed to happen. Almost two-thirds of tech leavers indicated that they would have stayed if their employers had fixed the company cultures. Companies that have diversity and inclusion strategies — not just appointed staff members — saw “fewer reports of unfairness, significantly lower sexual harassment, bullying and stereotyping, and lower rates of leaving due to unfairness.”

“Cultural diversity attracts and gets people in the room. Inclusion makes people feel like they can stay and progress once they get in the room.” — Mark Martin, UKBlackTech

Mark Martin, founder of UKBlackTech, continued to point out to the Beyond Tech crowd the startling statistic that BAMEs (Blacks, Asians, and minority ethnicities) make up 44 percent of London’s population, while none sit in the C-level suites of major tech companies. He argues that diversity must be a business strategy, not just an HR one.

“In contrast to popular thought, racial bias is not simply an issue of individual biases, but instead a pattern that manifests in policies, practices and everyday operations of the organization,” Martin said.

He advocates for a race-explicit strategy that works to address some of the structural barriers in the workplaces. Ask what is preventing people of color from accessing opportunities and services, like career pathways, senior leadership training and professional development. Examine the whole recruitment pipeline including exit interviews to learn why people are leaving — hint, most HR think people leave because of money, while most people leave because of management.

Inclusive design doesn’t necessarily account for historical lack, we have to consider equity if we are to make sure every community has what they need. @Julesequity @RootedByDesign #afrotechFest

Any race-explicit strategy must be outcome-oriented — we don’t change what we can’t measure.

And don’t forget that unacceptable behavior has to be actually unacceptable. Bullying, sexual harassment and stereotyping should have no room for ambiguity. Acceptable and unacceptable behavior must be clearly outlined, with clearly defined consequences for not abiding. Management and HR should invite marginalized employees to offer feedback on clarity and enforceability.

An everyday guide to dealing with microagressions, macroagressions and straight up racism in the workplace from @heeboe2
Very useful talk at #afrotechfest yesterday… pic.twitter.com/H8XSvkCsPn

Inclusion at the Team Level

Mason-Brown said, “A lack of cohesive teams with shared values and acceptance of unacceptable behavior” motivates people to look elsewhere, not just at other companies but at other sectors.

Remember that people have an innate desire to feel valued and that they belong. Mason-Brown says management needs to provide clear steps to progression that reduces biases — “if the path is unclear, it leads to assumptions.”

From here, management should be eager to provide feedback, but also to receive it.

“Listening to someone and asking for feedback is a clear demonstration their contributions are valued.” — Sapphire Mason-Brown, EngineerBetter

She also argues it comes down to a lack of team cohesion.

“Work needs to be done to make sure these teams work for people who are joining them,” she said.

Specifically, there is often a “creation of different in groups within larger groups that are supposed to be working together. [Then] in-group members discriminate against out-group members.”

Mason-Brown continued that this contributes to a lack of productivity.

“When groups of people are perceived as being the same it leads to an environment that fosters stereotypes.”

She says to make the strongest in-group that exists be the team.

“Pride and a sense of belonging are great attributes,” but Mason-Brown says you need to outline and continuously return to team values, and together identify clear goals to lean into as a team.

Everything in this article, of course, will not only help marginalized staff but benefit an organization as a whole.

When something happens – racism, misogyni etc, we say “this is not who we are”.
We need to change to “this is not what we want to be”.
Because this is who we are.
As white privileged people most things around us are designed from us. Even bandaid
Stella Windsor #BeyondTech