How to Make User Interfaces, Pipelines and Jenkins X an Easier Fit 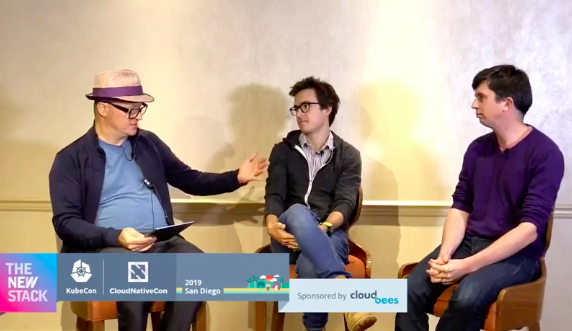 The idea is to empower all DevOps’ stakeholders with better access to continuous integration (CI)/continuous delivery (CD) pipelines. Your organization also very likely relies on Jenkins as the backbone for the production pipeline with a reliance on Git to share and collaborate.

However, the problem has long been that Jenkins is notoriously hard to implement and use for many organizations. The added complexities of shifting to cloud native and Kubernetes platforms have further compounded the difficulties — but this new age of Jenkins and cloud native deployments have also set the stage for the creation of CloudBees’ open source Jenkins X. CloudBees created Jenkins X mainly to help facilitate and automate CD pipelines to Kubernetes and cloud native environments. The idea is also to allow Jenkins X to make it easier to develop and deploy cloud native applications to Kubernetes without having to learn the intricacies of the orchestrator. Jenkins X is also one of four projects of the Continuous Delivery Foundation (CDF), which also includes Jenkins, Spinnaker and Tekton.

CloudBees says it is also continuing to try and improve Jenkins X, by simplify how developers and all DevOps stakeholders work with the tool. To that end, the company has developed its first-ever graphical interface.

In this The New Stack Makers podcast recorded during KubeCon+CloudNativeCon in San Diego last week, CloudBees’ Moritz Plassnig, vice president, cloud and Peter Muir, lead architect, spoke with Alex Williams, founder and editor-in-chief of The New Stack about how CloudBees continues to try to make Jenkins X both more accessible and easier to use.

How to Make User Interfaces, Pipelines and Jenkins X an Easier Fit

Since Jenkins X’s creation about 18 months ago, CloudBees opted to create a graphical user interface to help make Jenkins X, as well as CD in general, “more mainstream,” Plassnig said. “It has become very clear that there are many other people at the end of the day interacting with the product in the open source project that are not developers,” Plassnig said. “More stakeholders in especially large companies are involved when it comes to CD,” as DevOps continues to deploy code “multiple times a day.”

For the developer, the idea is to help bring “ops and developers closer together,” Plassnig said. “As a developer, you think about what you’re building, how is it going to scale and how to secure it, etc., but for a lot of developers that is not something  they really ever had to think about as they’ve always just given it to someone and they make it work or them.”

However, one of the main ideas behind Jenkins X has been “really trying to make it a bit easier for developers to conceive, using some of these great things that came with Kubernetes,” Plassnig said. Besides seeking to improve scaling and deployment-management capabilities, as well as security management, CloudBees has sought to try to make Jenkins X and Kubernetes more accessible for all stakeholders, Plassnig said.

For developers, the graphical user interface “helps them to understand what they’re actually building and how it’s actually going to run,” Plassnig said. “I think we all know that can be easier to do” and a graphical UI just works better than “a text that gets printed out in your screen,” Plassnig said.