How to Map Application Layers to Cloud-Native Workloads 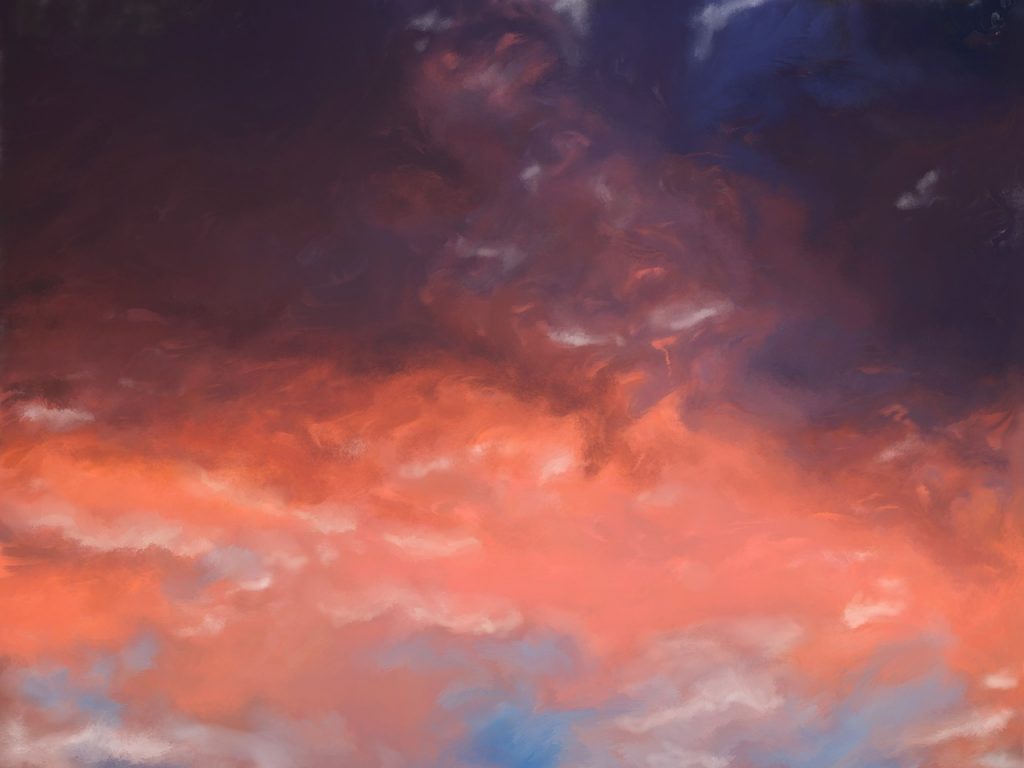 Cloud-native applications are composed of various logical layers, grouped according to functionality and deployment patterns. Each layer runs specific microservices designed to perform a fine-grained task. Some of these microservices are stateless, while others are stateful and durable. Certain parts of the application may run as batch processes. Code snippets may be deployed as functions that respond to events and alerts. 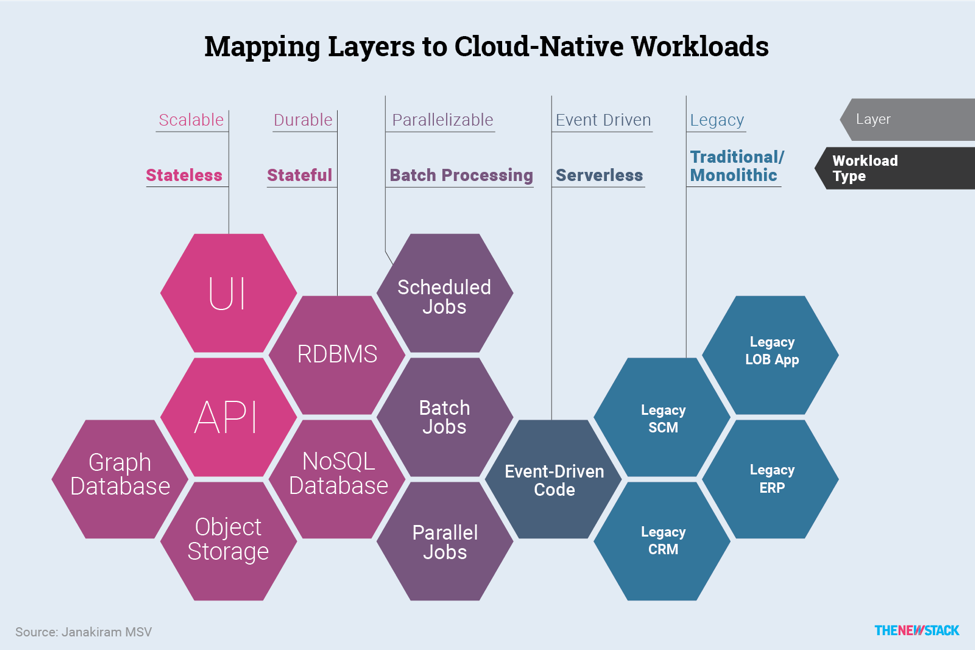 The scalable layer runs stateless services that expose the API and user experience. This layer can dynamically expand and shrink depending on the usage at runtime. During the scale-out operation, where more instances of the services are run, the underlying infrastructure may also scale-out to match the CPU and memory requirements. An autoscale policy is implemented to evaluate the need to perform scale-in and scale-out operations.

Apart from stateless and stateful layers, there are scheduled jobs, batch jobs and parallel jobs that are classified as the parallelizable layer. For example, scheduled jobs may run extract, transform, load (ETL) tasks once per day to extract the metadata from the data stored in object storage and to populate a collection in the NoSQL database. For services that need scientific computing to perform machine learning training, the calculations are run in parallel. These jobs interface with the GPUs exposed by the underlying infrastructure.

To trigger actions resulting from events and alerts raised by any service in the platform, cloud-native applications may use a set of code snippets deployed in the event-driven layer. Unlike other services, the code running in this layer is not packaged as a container. Instead, functions written in languages such as Node.js and Python are deployed directly. This layer hosts stateless functions that are event-driven.

Next: Mapping Workloads to Kubernetes Primitives

Each service of a cloud-native application exposes a well-defined API, which is consumed by other services. For intra-service communication, protocols like gRPC or NATS are preferred due to their efficient compression and binary compatibility. The REST protocol is used for exposing services that interact with the external world.

DevOps teams map the deployment and communication patterns with the primitives exposed by cloud-native platforms such as Kubernetes. They are expected to package, deploy and manage these services running in a production environment. Our next article in this series helps with the alignment and mapping of the workload patterns with Kubernetes primitives.

SHARE THIS STORY
RELATED STORIES
What Trouble Awaits Cloud Native Security in 2023? I Need to Talk to You about Kubernetes GitOps 5 Best Practices for DevSecOps Teams to Ensure Compliance What LaunchDarkly Learned from 'Eating Its Own Dog Food' Kubernetes App Deployment from the Command Line
SHARE THIS STORY
RELATED STORIES
Crossplane: What Most People Get Wrong (and How to Get It Right) The Top 4 Threats to Securing Your Cloud Infrastructure 5 Best Practices for DevSecOps Teams to Ensure Compliance Agent-Based vs. Agentless Security: Which Approach Is Better? Entrepreneurship for Engineers: Building for Customers’ Love
THE NEW STACK UPDATE A newsletter digest of the week’s most important stories & analyses.
The New stack does not sell your information or share it with unaffiliated third parties. By continuing, you agree to our Terms of Use and Privacy Policy.