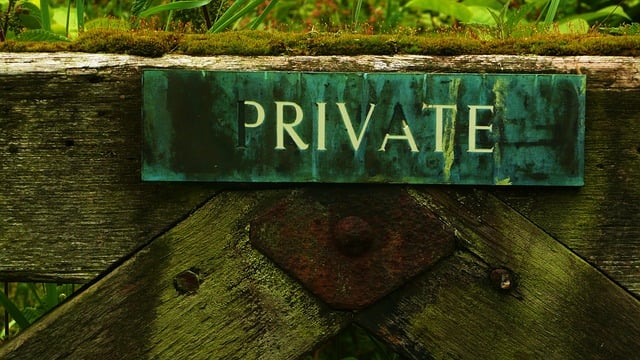 You’re a developer. You work on many projects, some of which are collaborated on across the world. Those projects are probably hosted on GitHub, or some other large-scale versioning system. Some of your projects, however, might be small or private enough that you don’t want them hosted on public repositories. Those projects might be proprietary or only intended for internal usage.

For those projects, what do you do?

One possibility is the HTTP Git Server. This open source project uses NGINX to serve up Git repositories over your Local Area Network (LAN). HTTP Git Server is surprisingly easy to setup and manage.

I’m going to walk you through the process of installing and configuring HTTP Git Server on Ubuntu 18.04. Once complete, you’ll have a repository that anyone on your LAN can use.

In order to successfully get HTTP Git Server up and running, you’ll need the following:

That’s it. Let’s get your git repos up and running.

The first thing you’ll want to do is update and upgrade your instance of Ubuntu server. Remember, however, if the kernel is upgraded in the process, you’ll need to reboot the server. Because of this, make sure to run the update/upgrade at a time when a reboot is possible.

Log into your Ubuntu server and update apt with the command:

Once apt is updated, upgrade the server with the command:

When this completes, reboot the server (if necessary).

You can install everything necessary for HTTP Git Server with a single command. Go back to the terminal and issue:

That’s all there is to the installation of software on your server.

With everything installed, create a directory to house our Git repositories with the command:

Give that directory the proper ownership with the command:

NGINX must now be configured, such that it knows to serve up the repositories on the server. To do this, open the default NGINX site configuration file with the command:

Look for the following section:

Under that section, paste the following:

Run the NGINX configuration test with the command:

You should see the following reported back:

If you do see errors, go back into the configuration file and make sure the above code was pasted in the proper section.

We now need to create a user that will have access to the HTTP Git Server. We’ll do this by way of the htpasswd command. I’ll demonstrate by creating the user “jack.” You’ll want to make sure to create a user specific to your needs.

To create the new user, issue the command:

You’ll be prompted to type and verify a new password for the user. Once that’s complete, restart NGINX with the command:

It’s time to create your first repository. Since we just created the user, jack, we’ll stick with that. Remember, however, to create a repository using the same name as you did when you created the new user account.

To create the new repository, change into the git directory with the command:

Now create the repository with the command:

Change into this new directory with the command:

Now we’ll initialize the repository with the command:

Next, we want to update the Git server, so it’s aware of the changes. Issue the command:

Change the ownership of the new repository with the command:

Change the permissions of the repository with the command:

Connect to the Repository

It’s finally time to connect a desktop to the repository. Move to another machine on your network. If that machine doesn’t have git installed, do so now. If the machine is a Linux workstation, you can install git with one of the following commands (first for Debian-based distributions and second for Red Hat-based distributions):

I’m going to demonstrate the next steps on a Ubuntu Linux desktop machine. If you’re using a different platform, some of the steps will vary.

Create a local repository with the command:

Change into that new repository with the command:

Initialize the repository with the command:

Add the origin (taken from our HTTP Git Server) with the command:

Where SERVER_IP is the IP address of the HTTP Git Server hosting server.

Next, create test files with the command:

We can now add those files to git with the command:

Commit the changes with the command:

Push all of the new content to the server with the command:

You will be prompted for the user password you created. Upon successful authentication, git will clone the repository and you should see a new directory (in this case, jack) in your current working directory.

That’s all there is to setting up your own Git repository server on your LAN. HTTP Git Server is an outstanding solution for developers looking to host their own repositories. Give this a try and see if it doesn’t wind up your goto choice for local Git hosting.