there will be times when you need to have a centralized volume of data that more than one container can share. You need to be able to share that data between containers.
Feb 11th, 2022 9:11am by Jack Wallen 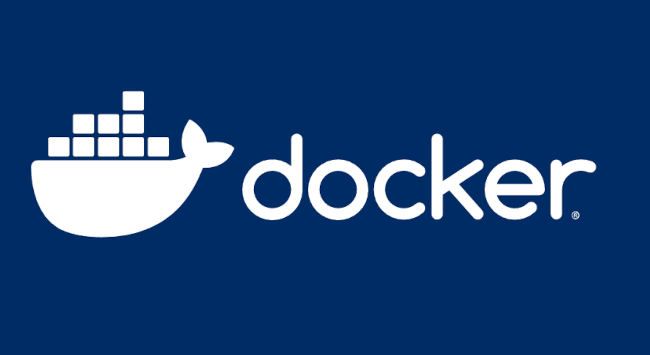 Let’s talk Docker. After all, without Docker, your entry into the world of containers might be a bit of a challenge. Imagine, your first steps with containerized deployments being centered completely on Kubernetes. That could quickly overwhelm the newly-minted.

What I want to specifically talk about is sharing data between containers within the realm of Docker.

If you’re new to Docker, you might be thinking, “Okay, that sounds cool.” If you already have a solid understanding of containers, you might be asking, “But aren’t containers supposed to be self-sufficient entities?” Yes, they are. But that doesn’t mean they can’t (or shouldn’t) share data.

Consider this: You deploy containers that need to share data. You might have a website, a web application, and a mobile application that all depend on the same data. Imagine the challenge it would be to keep each of those containerized applications in sync with one another.

What happens if the service in charge of the sync fails and you wind up with three different containers with three different sets of data. That could wind up being your biggest nightmare challenge of the week. Not necessarily an impossible task, but it’s certainly not one you’d want to deal with.

Now, before we get into this, know that your containers will most likely be self-sufficient. However, there will be times when you need to have a centralized volume of data that more than one container can share. Say, for example, you deploy multiple instances of an application or service that needs to use the same persistent data or cache. These could be simple websites, or even more complex database-driven applications. No matter the use case, you need to be able to share that data between containers.

Let me show you how this is done. We’re going to start from the very beginning, so get ready to head back to the basics.

How to Install Docker

I’m going to be demonstrating on my go-to server, Ubuntu. If you use a different distribution of Linux (or even Windows or macOS), make sure to alter the installation steps accordingly.

The first thing we’re going to do is install the necessary Docker dependencies. For this, log into your Ubuntu server instance and issue the command:

We’ll now add the official Docker GPG with the command:

Next, add the required Docker repository:

We can now update apt and install Docker with the command:

When the installation completes, dd your user to the docker group with:

The first thing to be done is the creation of a volume that will house our data. Let’s create a volume named persistent-data with the command:

The volume is created in the /var/lib/docker/volumes directory. You can add data to that folder, but you can only do so as the root user.

Now that our volume has been created, we can then deploy our first container, which will use the persistent volume. The commands to deploy the container looks like this:

The above command will create a container named container1, mount the persistent-data volume into the /data directory within the new container (based on the latest version of Ubuntu). It will also give you access to the running container.

Once the container is deployed, and you have access to the bash prompt, create a new file in the /data directory with the command:

Exit out of the running container with the command:

We’ll now deploy a second container with the command:

At the container’s bash prompt, type the command:

You should see the following printed out:

Let’s install the nano editor with the following commands:

Edit the test.txt file with the command:

Add the following at the bottom of the file:

Exit the container with:

In order to once again gain access the containers, we have to redeploy them. First, locate the container ID with the command:

Start both the containers (because they exited with the exit command) with:

Where ID is the ID of the containers.

Where ID is the container ID for container1.

You should see (in both instances of text.txt):

Exit the running container with the exit command. This time around, both containers will remain running. You can stop and remove them with the commands:

Where ID is the container ID for each container.

And that’s all there is to share data between Docker containers with the help of volumes.

SHARE THIS STORY
RELATED STORIES
How to Implement a Security Scanner for Docker Images Install Dozzle, a Simple Log File Viewer for Docker What Is the Docker .env File and How Do You Use It? Kubernetes Needs to Take a Lesson from Portainer on Ease-of-Use .NET 7 Simplifies Route from Code to Cloud for Developers
TNS owner Insight Partners is an investor in: Docker.
SHARE THIS STORY
RELATED STORIES
Top 5 Considerations for Better Security in Your CI/CD Pipeline 3 Container Practices to Boost Your Security Posture Case Study: How SeatGeek Adopted HashiCorp’s Nomad WebAssembly Needs Schedulers, and Kubernetes Doesn't Quite Fit the Bill Can Observability Platforms Prevail over Legacy APM?
THE NEW STACK UPDATE A newsletter digest of the week’s most important stories & analyses.
The New stack does not sell your information or share it with unaffiliated third parties. By continuing, you agree to our Terms of Use and Privacy Policy.