From building vital apps to driving refugees to safety to taking up arms, Ukrainian devs are playing a big role in the war with Russia.
Mar 27th, 2022 6:00am by David Cassel 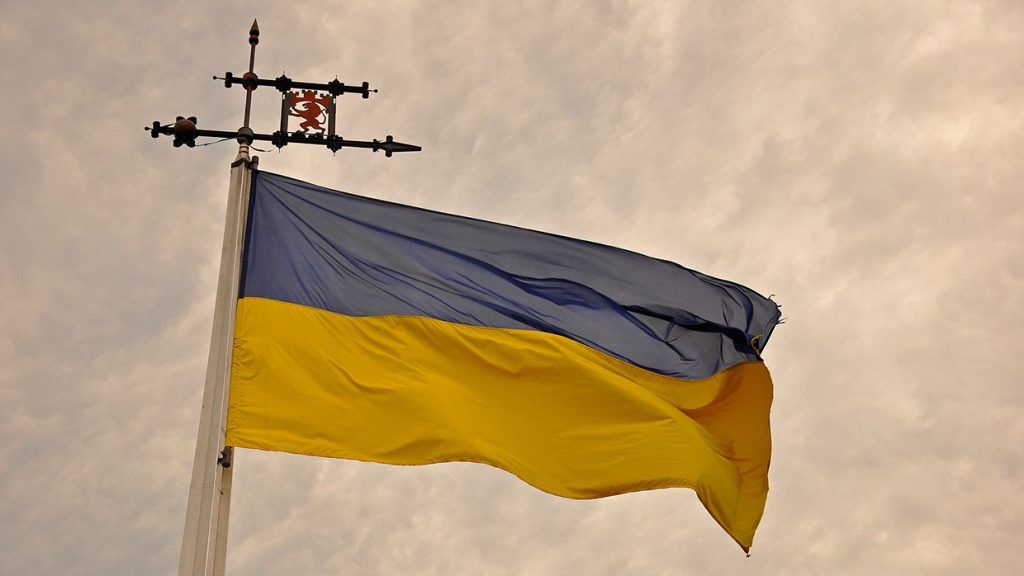 When Russia’s invasion of Ukraine began, Ihor Dvoretskyi, a senior developer advocate at the Cloud Native Computing Foundation, was living in the relatively safe Ukrainian town of Lviv.

“Fortunately, we haven’t had any shelling here,” Dvoretskyi said in a early March discussion on Twitter. “No missiles have been flying and arriving here in the city.”

He’d been volunteering with his car, “helping people to drive from the railway station to the spots where they’re going to stay, transferring and loading and unloading some humanitarian aid.”

So on the second day after the war began, he signed up for Ukraine’s official military defense forces. “Right now I’m officially a soldier,” he wrote on Twitter.

“I’m temporarily giving up on my open source contributions and my open source activities … I’m mostly focused these days on kind of learning, preparing and getting ready to protect my land, my family, my friends and my country from the enemy.”

I’ve signed up for the Territorial Defense Forces of Ukraine yesterday.

He’s not the only one. The day after the invasion the Washington Post spoke to John Sung Kim, chief executive of the software outsourcing company JetBridge, who said 12 of his Kyiv-based software developers “want to stay and fight.”

The CEO told the Post, “I got on an all-hands with them this morning and told them it’s not their responsibility to be soldiers and there’s other ways they can contribute since they’re software engineers, but there’s nothing I can say to dissuade them.”

On March 9, roughly two weeks into the invasion, seven open source developers gathered on Twitter Spaces for a two-hour event to give more visibility to their wartime experiences (also shared on YouTube).

Open source developer Oleksii Holub said if Ukraine needed more soldiers on the frontline, he’d “happily join their ranks” — and joining in the agreement was Kharkiv-based Illya Klymov (a senior front-end developer at GitLab) and Kyiv-based Volodymyr Shymanskyy, best known as the co-founder of the IoT platform Blynk.

But there are also other ways to help. Denys Dovhan, whose GitHub profile identifies him as a Ukraine-based research and development engineer at Wix, said he was already doing volunteer work during the day.

“And during the night, as a software engineer, I attack Russian government websites — banks, telecom services,” Dovhan said. “We’re organizing groups to coordinate our attacks. The goal is to harm Russia as hard as possible, in every possible way.”

During the Twitter event, Dovhan mentioned that he was also taking courses in how to handle an assault rifle, and how to deliver first aid and tactical emergency medicine: “I’m trying my best to get ready for possible actions in my area.”

Russia’s invasion has given Ukrainians a widespread sense of purpose. In early March, CNBC spoke to Ukrainian-American Daniel Berezovsky (based in Miami) who founded the app sMiles. Berezovsky was using a developer based in Kyiv who, he said, “helps regular people and the army during the day and tries to still finish work after.”

He noted, “Another friends’ company with an office in Kharkiv has developers who picked up rifles and joined the city’s defense, while they evacuated their wives and kids closer to Lviv.”

Missiles in the Night

Early in the Twitter Spaces discussion, Dovhan had warned participants that “there is a non-zero chance that an air alarm could trigger at any time, and I will need to go to the shelter.”

While they spoke, Klymov of GitLab said that somewhere out in the night a missile (or bomb) had landed less than a kilometer away from him in Kharkiv — on a recently-opened shopping mall.

Klymov said he’s seen the disastrous results of the attacks, “and they’re not stopping.” Yet when the invasion began, he’d decided not to evacuate.

For two weeks he’d worked with volunteers, regular army forces, and others like himself who’d stayed behind to help the military “with drones, with resources, making sure they are a fed well, making sure they’re aware of any potential location of terrorist groups introduced to the city.”

Klymov also told Business Insider his volunteer activities now include establishing supply routes and directing humanitarian aid — and that when he isn’t volunteering, he still works for GitLab.

He also wanted to make a special acknowledgment of the city’s network engineers — “mostly a volunteer effort for keeping the internet connection work[ing] in the city, and keeping mobile networks up … Because right now the internet is the main source of news for us. We receive even the air strike alerts from the internet. This is the fastest way.”

Dovhan confirmed Klymov’s story. “The network engineers in many cities in Ukraine are doing tremendous work. They are literally restoring cables … and optic cables in the spots where the bombs were blasting.”

In fact, Thursday the Washington Post told the story of a new app quickly coded up after the invasion specifically to send air raid alerts directly to cellphones. It’s a collaboration between a Ukrainian app development company Stfalcon and programmers from Ukrainian security-system company Ajax Systems (as well as Ukraine’s Ministry of Digital Transformation).

Though it was built in just one day, within weeks it’s drawn 4 million users, becoming the most downloaded app in all of Ukraine.

The Apps of War

But it’s just one example of what the Post is calling “the apps of war” — including applications “for coordinating supply deliveries, finding evacuation routes and contributing to cyberattacks against Russian military websites.”

The office of Ukraine’s attorney general even created a website for reporting war crimes, and the Post also lists sites helping relief efforts — like ridesharing apps for passengers or relief supplies, and even a room-sharing app for refugees fleeing war zones.

Ukraine’s official Ministry of Digital Transformation expanded an app it created in 2020 to include listings of remote-work opportunities, a portal offering cash subsidies for those fleeing the country, and even classes for Ukrainian children who are missing school, the Post notes.

“There’s even an app people can use to report the movements of Russian troops, sending location-tagged videos directly to Ukrainian intelligence,” the Post reported. (It’s now bringing in “tens of thousands” of reports a day aggregated onto a map for intelligence officers, according to the news outlet, citing Mykhailo Fedorov, Ukraine’s minister of digital transformation.)

Russia’s invasion “has clearly given Ukrainian tech workers a new calling,” wrote the Post, “and several said they were emboldened by the idea that they were building tools for the public good.”

The stories of support are everywhere:

On the Twitter Spaces event, Ukrainian developer Vadim Demedes said he’d been inspired by the stories of his fellow countrymen pitching in. “Everybody tries to do something to help the people — to help the army, to help the people in need. I think that’s just beautiful to watch.

“And after we win this, I can’t wait to see the new Ukraine that we all worked so hard for.”

He thanked all the people around the world helping refugees at the border, and supporting the people back in Ukraine needing support and donations.

Demedes has now created a website where Ukrainians can share their dreams and visions for the post-war world, reported Business Insider — and a bot that kicks users off of Telegram if they’re spreading Russian propaganda.