How YouTube’s Queen of Robots Will Fight a Brain Tumor

Simone Giertz may be the internet's favorite amateur roboticist, a familiar face to many for her series of funny YouTube videos. But her inspiring stories building technology have now turned into an even bigger story about bravery in the face of a major medical procedure.And she's taking her audience along with her.
Jan 27th, 2019 6:00am by David Cassel 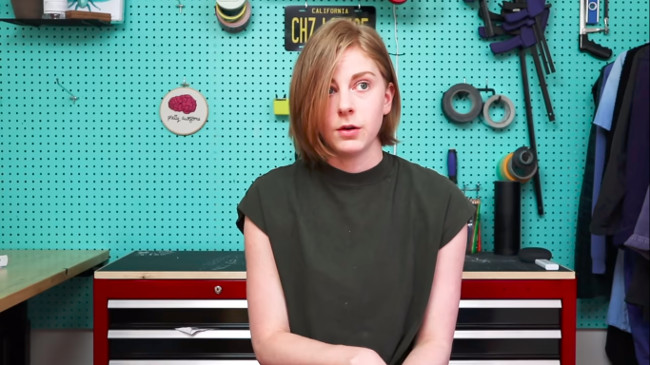 Simone Giertz may be the internet’s favorite amateur roboticist, a familiar face to many for her series of funny YouTube videos. But her inspiring stories about building technology have now turned into an even bigger story about bravery in the face of a major medical procedure.

And she’s taking her audience along with her.

“I’m Simone Swedeborn of House Giertz,” she writes playfully on her website, describing herself as “the Queen of Shitty Robots, Breaker of Transistors, Mistress of Malfunction, Mother of Terrible Inventions…

She’s become famous for her willingness to launch playful experiments with technology. Giertz’s most iconic robot is probably her “Wake-up Machine” — the plastic-hand alarm clock that slaps her face to wake her up. But it’s her intelligent sense of humor — along with a cheerfully deadpan delivery — that’s made her a star on YouTube, where video after video chronicles the zany adventures that seem to be her life.

Many of her videos have racked up millions of views. There’s even a video where she experiments with the idea of “A drone that carries babies.” But one 2018 video was different than the rest, “Going into brain surgery.”

In April of 2018, Giertz announced to her invisible online audience that she’d been diagnosed with a slow-growing (and non-cancerous) brain tumor. Then 27 years old, she’d steeled herself for the harrowing medical procedure —and in July greeted her audience again with a video of good news, while showing off her new head scar. “There’s so many things I want to tell you,” she says, laughing as she adds “and also so many things I really don’t want to tell you.”

“But bottom line is that I’m fine. Surgery went really well. I can see out of both of my eyes! And my brain seems to be working just as fine or as poorly as it was before.”

Soon she was even selling t-shirts with a photo of her brain scan — and had gone back to producing videos of her funny science experiments. 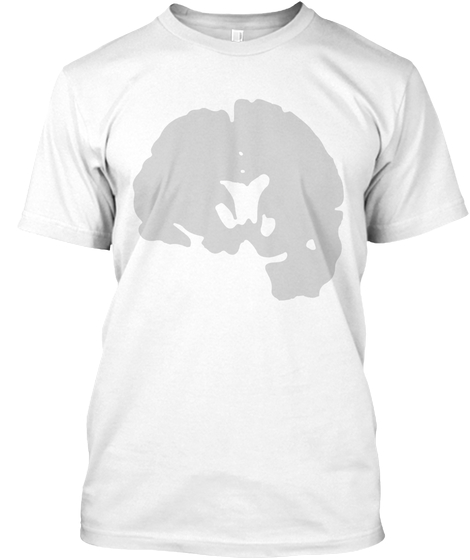 But on Jan. 8 Giertz posted an update to her Patreon followers about a “grand vacation plan” — flying to a yoga/meditation camp in Mexico — that was preceded by “bad news from my doctor.”

“Something I haven’t talked a whole lot about is that I still have a lot of brain tumor left….”

She’d named her tumor — “Brian” — giving her a tangible foe to rail against. “Things just get less scary if you name them,” she’d explained in a July video. Now it made it easier to tell the next chapter in her story. “There were parts that were too dangerous to remove, so the neurologist left them there since Brian is a benign and unambitious fucker.”

But now, unfortunately, Brian has grown. “It’s not urgent, but I will need radiation therapy and further treatment.”

Last week Giertz posted a remarkably candid video on Patreon titled “Health Update.” It opens with footage of her strapping her phone to a tripod for filming — and then a shot of her mom. “She’s here as emotional support…” Simone says, before adding “there’s a lot of things that have happened. And this week has been kind of tough.”

What a crazy, unsolicited adventure all of this is pic.twitter.com/SNa8GoymNk

In her video, she explains that the tumor is growing in “an area that’s too dangerous to perform surgery on.” Her voice seems to catch as she reminds her audience that she’ll now undergo radiation therapy, but then she laughs instead as she reveals that her radiation oncologist is named “Dr. Deep.” Still laughing, she says “We’ve set up a treatment plan, and I’m going to need radiation from Monday to Friday for six weeks.” It started on Wednesday.

“Giertz thought the tumor might come back,” Newsweek explained later, “but she didn’t expect it to do so only eight months after her initial surgery.”

She acknowledges in her video that radiation therapy is scary, that it has “really terrible side effects,” and that she’s just “trying to not fret over that… But, yeah. It’s just been a lot to deal with,” she said.

She compares it to a movie’s bad sequel. “It’s Brian the Brain Tumor 2… It feels like just somebody running this franchise to the ground…” But more seriously, she adds that “It feels like I can’t depend on anything really, because at any given moment the rug might be pulled out from under me.”

She expresses what a relief it is to have her Patreon sponsors so her rent and medical bills are still covered. “When you’re going through something like this, just knowing that there’s people there, who are willing to see you through things even when you can’t be, like, the funny uncle — I can’t say how much it means to me.”

Her Patreon account surged with supporters, and now shows 6,357 patrons which, even at the lowest $3-a-month level, will bring her $19,000 a month.

And then she’s sharing more science with her audience — that “weird radiation mask” she’ll be wearing, “that looks like something from like a low-budget sci-fi,” that will keep her head in the exact same position every day. “And fortunately, I get to keep it!” she adds, finding something to be enthusiastic about. “So I’m just trying to think of — that’s like the one thing. I’m like, ‘Ooh, what projects could I do with this?’ You know?”

She’d recorded the second video for her non-Patreon audience on YouTube, putting forward a bravely positive attitude. “The good news is that I’m not going to have to have another surgery for now. I’m just going to have go through radiation therapy.”

As she explains her situation, thousands of online fans follow along. “Even though it’s not what I would’ve chosen for myself, that doesn’t necessarily mean that it has to be all bad,” Giertz says philosophically. “What I keep trying to remind myself of is like, this is one of those things that looks like a really bad thing on the outside, but I know too little about life to be sure….”

She doesn’t know whether she’ll be able to continue her YouTube career after her radiation therapy. “I might be able to work and make videos. But I might also not. And I just wanted you to know that if I’m not around, it’s not because I don’t want to be. It’s because I can’t.”

This week on Twitter she began posting updates as she counted down the 30 radiation treatments, one by one.

Radiation treatment 1 of 29. They played this song in the treatment room, but I still worried about a lot of things.https://t.co/Hh1jz1Lg4o

It’s not clear what happens next. “The radiation itself is supposed to be really painless, but there are a lot of potential side effects that I’m trying my best not to think about,” Giertz says in her video. While the success rate is 90 percent damage to healthy cells can in some cases lead to blindness, deafness, hair loss, or even dementia. “But I’m trying my best to forget about that…”

Whatever happens next, Giertz’s story is ultimately a reminder that nobody walks alone, as across the internet, day after day — on Facebook, Reddit, Patreon, and YouTube — Giertz’s fans kept on sending her endless waves of encouragement.

“I aspire to be as emotionally intelligent and as mentally stable as you are,” posted one fan on Reddit, adding an encouraging “Stay strong.

“Your journey is an inspiration.”