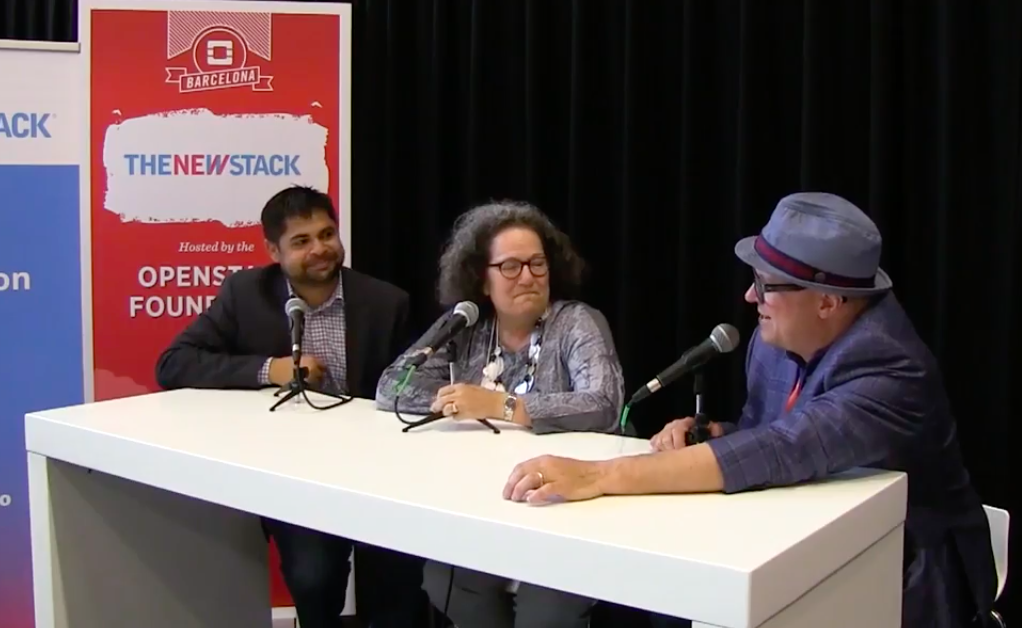 As the OpenStack community continues to grow, there remains discussion surrounding how to best bring issues of both diversity and best practices to the table. In today’s episode of The New Stack Makers recorded at OpenStack Summit Barcelona, Huawei IT Research and Development Lab Cloud Technologist Rochelle “Rocky” Grober debunks some of the common myths surrounding open source communities and diversity initiatives, how OpenStack can better streamline its practices and experiences to be more user-friendly, and how to better facilitate cross-project communication not only between OpenStack projects, but the open source community as a whole.

How Huawei is Addressing Diversity and Best Practices in Open Source

Open How Huawei is Addressing Diversity and Best Practices in Open Source on YouTube.

With a love of improving processes until they are refined for an ideal user experience, Grober began the discussion by addressing the fact that despite the growth of the Linux community, it struggles in many areas with diversity. “Part of the issue with diversity in the open source community is it has less diverse roles than traditional corporations. That’s because open source delivers code, not product. This has not until recently really been a focus of open source,” said Grober.

As an electrical engineer during her time in university, Grober found that her traditionally masculine-coded name spared her from the brunt of the gender-based harassment many of her fellow students experienced. This continued as Grober used sites such as IRC, avoiding much of the targeted harassment Grober explained many women experienced from men on the site. “I never knew that women were getting hassled on IRC. It’s been a positive, and in some ways, it’s a negative. I never viewed myself as male or female, I’m an engineer,” Grober said. Having a safe space for individuals to work on their projects without fear of harassment is critical, Grober implored, detailing her time working under the Lockheed Missiles and Space management team. “They had a management team that would provide a safe space for all the quirky engineers to do what they enjoyed doing, without being threatened.”

Having taken on a new role at Huawei as a part of its quality and operations group, Grober has taken her love for process refinement to the next level. “I’ve been really focused on OpenStack and finding ways to improve the operator user experience. It takes much too much work to operate and maintain OpenStack than it should if there was a little bit more effort put into consistency of design and user experience,” said Grober. Huawei aims to focus more on its open source efforts, looking to better define its tools and processes for working within the open source and OpenStack communities alike in order to continue to be successful long-term.

Grober later went on to highlight some of the more pressing concerns facing the OpenStack community today that dovetail with diversity, particularly in terms of maintaining diverse contributions and project members. Grober noted that some open source developers do not have to actually produce product, often writing code without a service to be created. As a result, the quality of code contributions suffers. A solution to this could be as simple as developing an OpenStack university, she explained, suggesting that classes on best practices for databases would go a long way toward cleaning up the quality of contributed code.

Ultimately, the most important thing that the OpenStack community can do to increase their diversity is to look beyond the confines of their own projects and communicate with their fellow developers. Grober implored that in order to get OpenStack projects out of their individual siloes, developers must in some cases loudly state the case for cross-project collaboration. “The attempts to cross project lines are difficult because the community itself believes that you can’t actually force anyone to do it, we just have to ask nicely. Maybe it’s time to ask a bit more forcefully.”