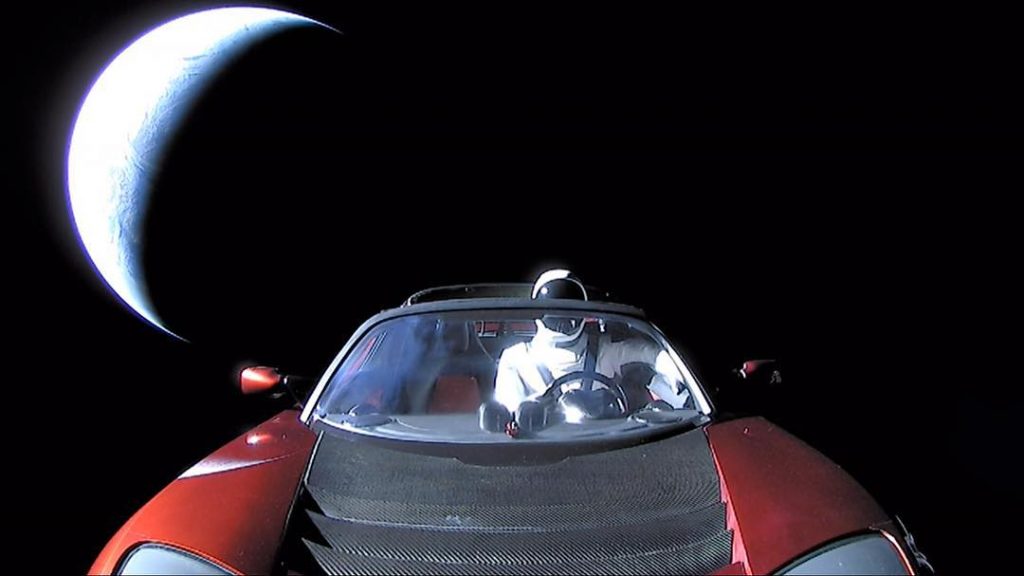 It’s that time of year when technology reporters tackle the ultimate big data question — what just happened? — as we take a step back and survey some of the technology stories from 2018. But as well-meaning futurists attempt a massive MapReduce on life itself, our quiet advances in machine-enhanced decision-making raise some interesting (and all-too-human) questions about how to proceed.

Will 2018 be remembered as the year that algorithms finally began taking over for humans?

March of the Automatons

For example, one U.K. company is already selling machine learning-derived analytics to the entire music industry, identifying “high value” opportunities. And in June Bloomberg reported that AI was now taking white-collar jobs from humans — specifically, the managers at Amazon who buy and sell inventory. “These algorithms that take in thousands of inputs and are always running smarter than any human,” admitted one former Amazon executive (who now works at Johnson & Johnson). The name of Amazon’s initiative? “Hands off the wheel.”

But machines aren’t just out-thinking us poor flesh-bound creatures. Actual robots are now creeping into our lives, too. Despite complaints that Flippy the Burger-Flipping Robot was slow and temperamental, the headless automaton is now being put to work at Walmart and at Dodger Stadium (where in September 40,000 fans were also offered the joys of a digital bobblehead).

Flippy is a burger flipping robot and today is its first day on the job! https://t.co/QoREty8rlV#flippy #robot #hamburger #caliburger pic.twitter.com/DUxBtKfpcp

One Estonia-based robotics startup is even preparing to launch a robot bartender.

The U.S. army is reportedly spending hundreds of millions of dollars on bomb-disabling robots that will fit into a soldier’s backpack. And Google claims to have already created a booking agent that sounds so lifelike, it can fool humans over the phone. This triggered a new law in California requiring all bots to identify themselves as non-human…

“We live in an age when you say casually to somebody ‘What’s the story on that?’ and they can run to the computer and tell you within five seconds. That’s fine, but sometimes I’d just as soon continue wondering. We have a deficit of wonder right now.”
– Tom Waits pic.twitter.com/eBiWx93ovY

Will there eventually be a backlash to all this automation? Some disgruntled humans in Phoenix have already started attacking Waymo’s self-driving cars.

Yet the march of technology is unmistakable, and sometimes a little ominous. China deployed facial recognition technology at checkpoints around the country. But Taylor Swift used a similar technology to spot stalkers at her concerts. And the same technique is also being used by historians to identify people in Civil War photos. It’s even being used to track and manage populations of animals — sometimes, endangered species — leading to what New York magazine described as “a growing cornucopia of animal faces loaded into databases.”

Meanwhile, computer vision engineers at Anki are already hard at work teaching their interactive home robot how to recognize cats.

And it’s deeply symbolic that 2018 was the year Apple added “Face ID” to its newest iPhones.

Me flipping my sunglasses up so my iPhone will unlock w Face ID pic.twitter.com/91NuXHKooO

Where should technology stop? Local homeowner’s associations across Silicon Valley have installed cloud-based license plate readers to scare off criminals. One Florida sheriff credits the technology with reducing local car burglaries. Meanwhile, billions of license plates have now been scanned by repo men checking passing cars for drivers whose only crimes are being behind in their car payments. But the information collected all goes back to a Fort Worth company which then sells it to insurance companies, private investigators, and even other repo agents, while its sister company “provides the plate scans to law enforcement, including police and U.S. Immigration and Customs Enforcement.”

Browsing the web in 2018 is just clicking "I Agree" in a bunch of different ways.

Behind the scenes technology is playing a bigger role in people’s lives — whether they’re aware of it or not. December found reports that the fastest-growing job in America was “blockchain developer.” And while 2018 saw new campuses being planned for top Bay Area tech companies like Google and Apple, housing prices also began surging in Idaho, Nevada, and Arizona, with 85 percent of Idaho’s new residents arriving from California. San Francisco set a record in July for having the highest rents in the world, with San Jose and Oakland coming in fourth and fifth. Back in Silicon Valley, two local newspapers took notice of the 50 RVs parked two miles from Facebook’s headquarters — a “pop-up neighborhood” of the working poor who could no longer afford their sky-rocketing rents, and had unveiled banners that read “SOS — Facebook, Sobrato, Amazon, Google.”

After the bankruptcy of Radio Shack, 425 independently-owned stores found a new path to survival: catering to the maker movement. One technology reporter generated all the decorations for her wedding using a 3D printer. Geeks kept building tiny JavaScript games fitting into 13-kilobyte packages for the annual js13kGames competition. And 2018 saw the release of “A People’s Guide to AI”. (Someone’s already proposed turning it into an opera…)

This is brilliant: A People's Guide to AI https://t.co/9v9AHvi4ND clear and simple language, no hype + its full questions for the reader, so a great way to have an informed public debate on #AI h/t @fgszabo cc @tabithagold @robmccargow @jonfildes @sburall pic.twitter.com/IkdWXlFtv4

One geek even connected a Raspberry Pi to a TensorFlow neural network that determines when his cat wants to go outside. A camera-equipped Pi Board is controlled by a Python script using Tensorflow’s analysis to determine whether the cat’s been hovering by the door for more than 10 consecutive seconds, which then triggers a text message to the cat’s owner. The site Hackaday called it proof that complex neural networks “can be trained to obey the whims of the almighty domestic cat.”

And in 2018, someone finally began marketing a novelty Big Mouth Billy Bass Toy that could lip-sync to the voice of Alexa.

The Good, the Bad, and the Ugly

Some grassroots efforts were bigger and more inspiring. In December a collective of thousands of volunteers announced that they’d discovered the world’s largest prime number — a number more than 24 million digits long — as part of the GIMPS project’s ongoing 22-year effort to harvest the computing power of networked volunteers. GIMPS stands for “Great Internet Mersenne Prime Search” — a Mersenne prime number being exactly one less than a power of two. In the history of humankind, only 51 have ever been discovered — and GIMPS has discovered the last 17.

There are still questions about whether humanity will always use its newest technologies wisely. In November the California High Patrol discovered a drunk driver was actually asleep at the wheel of his Tesla, which continued driving down the highway for more than seven minutes on Autopilot. Their dilemma? How do you pull over a self-driving car?

But maybe there’s another message. We can build advanced technologies, but will we remember to keep them under control? The year 2017 ended with reports about a recreational drone crashing into a Blackhawk helicopter near Staten Island. 2018 ended with a wayward recreational drone shutting down a major international airport in London. There’s also reports that a drone crashed into a 737 that was landing in Mexico.

And some attempts at flight have been even more reckless. One 20-something in Canada is still strapping balloons to a lawn chair to hoist himself up into the sky. (In 2015 a Canadian judge called his behavior “unconscionably stupid” — but despite a $26,000 fine [$18,822 USD], he was back at it again this March.) And that same month, after many false starts and a lot of skepticism, 62-year-old daredevil “Mad” Mike Hughes finally launched himself towards the heavens on a homemade rocket, rising 1,900 feet at a peak velocity of 350 miles per hour.

Yet what humans seek to accomplish, they eventually achieve. In December Virgin Galactic finally launched a spacecraft 51.4 miles above the earth, calling it “the first spaceship built for regular passenger service to put humans into space.” And this year SpaceX celebrated the launch of its Falcon Heavy rocket, which can blast 141,000-pound payloads into space. As two of its re-usable booster rockets returned safely to earth, the world paused to admire footage of its very human cargo, a Tesla Roadster, emerging into the vast vacuum of space, apparently piloted by a human mannequin named “Starman.”

Out of all the tech stories in 2018, this one will always be my favorite. Because it’s an inspiring reminder that whatever happens next, our journey towards the future has already begun.

And that ultimately, it will be up to us humans to decide what’s going to happen next.

SHARE THIS STORY
RELATED STORIES
Snack Stack: Turning Winter Comfort Food up to 11 How We Manage Incident Response at Honeycomb Entrepreneurship for Engineers: Building for Customers’ Love A Brief DevOps History: The Road to CI/CD Entrepreneurship for Engineers: Avoiding Feature Bloat
TNS owner Insight Partners is an investor in: Island.
SHARE THIS STORY
RELATED STORIES
Why 'Explainable AI' Can Benefit Business It Happened to Me: How I Suddenly Owed AWS $13,000... Why Your Code Sucks: Common Excuses for Bad Programming Golden Paths Start with a Shift Left Entrepreneurship for Engineers: Building for Customers’ Love
THE NEW STACK UPDATE A newsletter digest of the week’s most important stories & analyses.
The New stack does not sell your information or share it with unaffiliated third parties. By continuing, you agree to our Terms of Use and Privacy Policy.