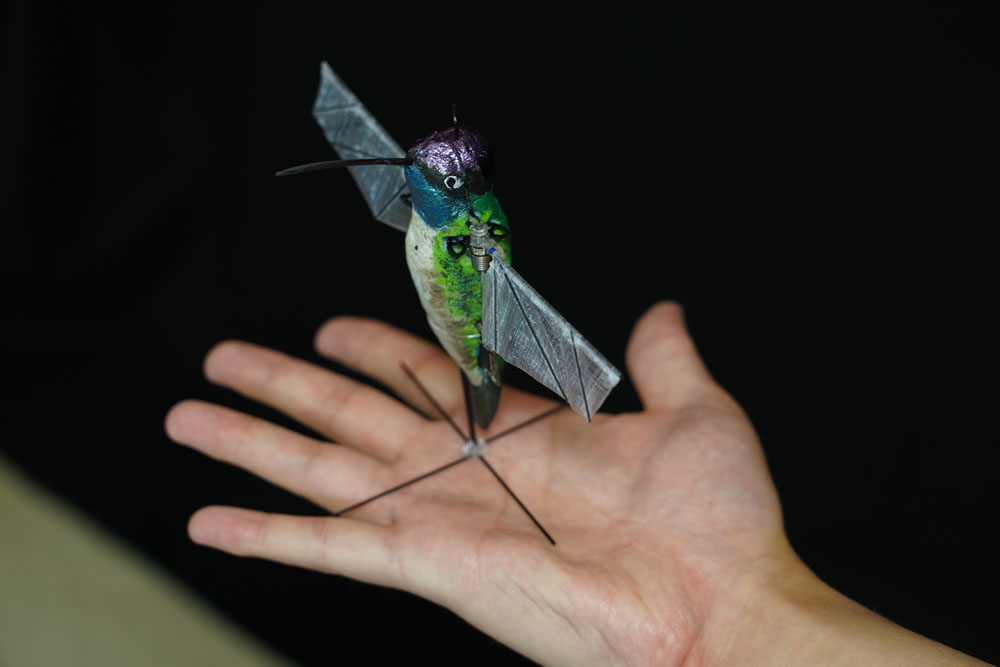 Having had billions of years to develop and refine its projects, nature is indeed the greatest designer of them all. Take, for example, the hummingbird: capable of flying not only forward, but also backward and side to side, this bird’s unique physiology also allows it to hover and navigate tight spaces with impressive agility.

Aiming to biomemetically translate some of these characteristics into a machine form, researchers from Purdue University’s Bio-Robotics Lab have created a robotic version of this remarkable bird. This small, 12-gram bird-b0t is able to autonomously maneuver itself through obstacles, and can carry a payload much heavier than itself, thanks to a few innovative engineering choices and some customized machine learning algorithms. See it go:

Compared to conventional drones, this hummingbird robot could be potentially scaled down to much smaller-sized devices that are still capable of lifting off and carrying a decent payload — something that isn’t possible with regular drones.

“The physics [of hummingbird flight] is simply different [from that of drones]; the aerodynamics is inherently unsteady, with high angles of attack and high lift. This makes it possible for smaller, flying animals to exist, and also possible for us to scale down flapping-wing robots,” explained Purdue mechanical engineering professor and paper co-author Xinyan Deng in a press release.

To start, the research team first studied the flight mechanics of hummingbirds in the wild — such as their incredible ability to perform quick 180-degree turns — and converting these findings into a non-linear, adaptive flight control system that helps the bot to learn how to navigate on its own. The team’s hybrid flight control strategy also employs model-free reinforcement learning algorithms, which allows the robot to adjust and optimize its flight automatically, in order to better maneuver itself in extreme situations of destabilization, like when it is confronted with disruptions like sudden gusts of wind, or even mechanical damage.

The 12-gram hummingbird-like robot features a 3D printed body, and wings that are made with carbon fiber and outfitted with lightweight, laser-cut membranes, and is capable of lifting up to 27 grams on its own. At its current stage of development, the robot is tethered to a power source and an external controller interface, however, the fact that it can carry more than one-and-a-half times its own weight offers the possibility that it will someday incorporate onboard, wireless versions of these technologies. 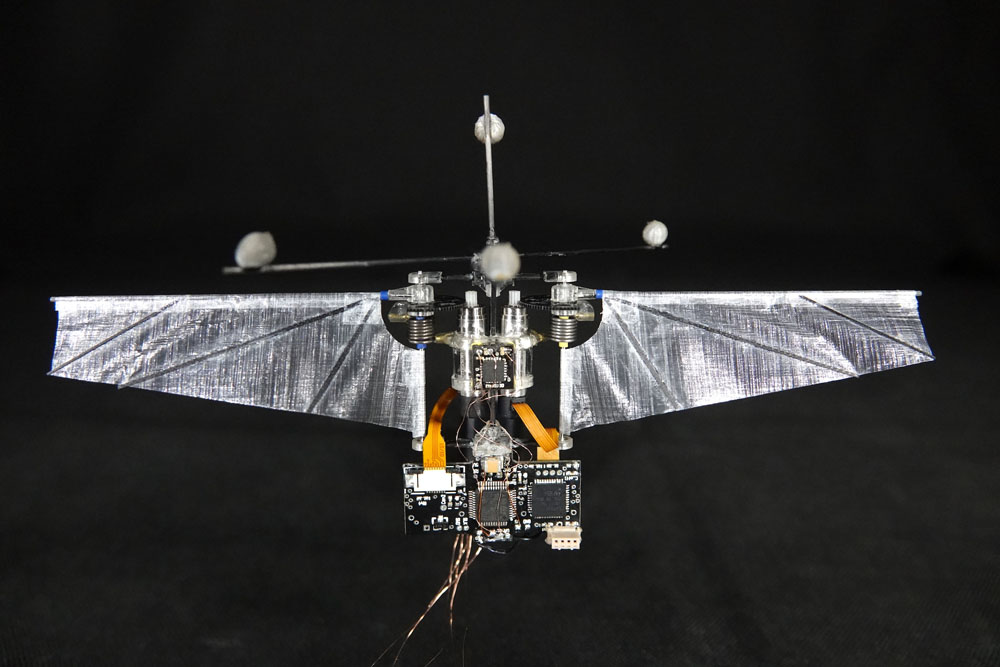 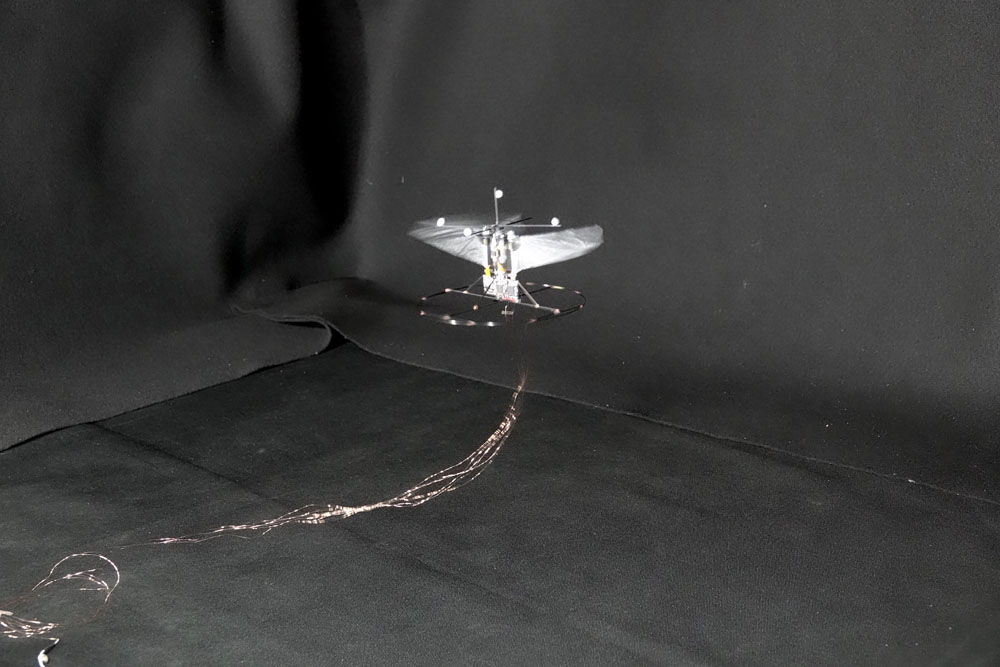 In addition, the team’s design features yet another innovative attribute — each wing is powered by its own direct-drive motor, so that they can beat independently of one another, giving the device greater control over its own maneuverability, just as birds and insects would in nature. Surprisingly, the robot doesn’t use computer vision to help it find its way around. Instead, it uses its wings, which are equipped with sensors that track any collisions that might occur with walls or other objects, which the bot’s algorithm then uses to learn how to determine the best path forward via trial and error — a useful trait in dangerous search-and-rescue missions, for instance.

“The robot can essentially create a map without seeing its surroundings. This could be helpful in a situation when the robot might be searching for victims in a dark place — and it means one less sensor to add when we do give the robot the ability to see,” said Deng.

Besides these handy features, the robot is also able to use its adaptive flight control algorithms to accommodate for extensive wear and tear on its wings, such as when a piece of one wing is torn off, similar to how real flying creatures might modify their flight patterns when a wing is damaged.

So far, in addition to building a hummingbird-sized prototype, the team also built a 1-gram, insect-sized variant of their design which flew efficiently during tests, proving that these design elements can indeed be scaled down without significant loss to maneuverability. 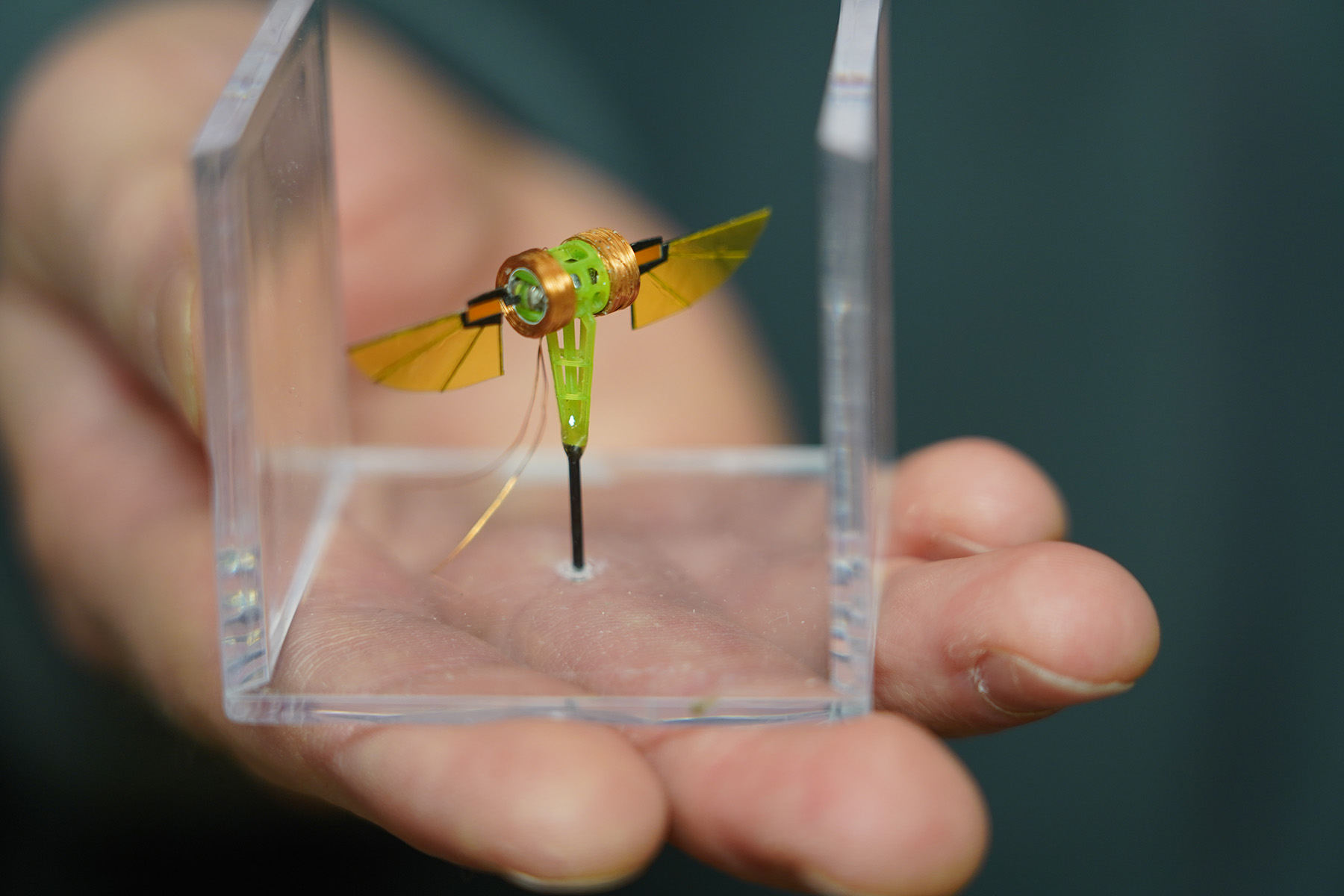 The researchers now plan on developing an even smarter and untethered version of the robot, capable of flying autonomously outside of the lab. Such flying machines could someday be used for stealthier surveillance, or to zip into cramped spaces, or fly overhead in a safer and less intrusive way, compared to drones that might fall out of the sky and seriously injure people below. While it’s not clear what the optimal flying machine will look like in the future, it’s clear that nature holds some of the keys to building a better flying bot that will just as nimble as the real thing.

Read more in the team’s papers here, here and here.