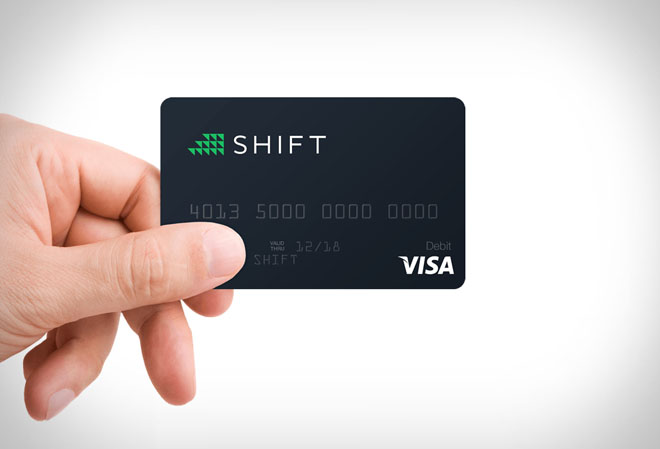 We’ve often heard how bitcoins — the open source, peer-to-peer cryptocurrency that’s not controlled by any central authority or bank — is being used as a form of payment on the dark Web for less-than-savory things like drugs, weapons and even extortion. But the alternative currency is slowly gaining traction for more palatable purchases around the world, with some big online retailers like Microsoft, Dell and Overstock now accepting bitcoins. Now, its reach is being expanded one step further with the introduction of a bitcoin debit card in the United States, which will allow users to spend bitcoins in any place that also accepts VISA cards, just in time for the holiday gift season.

Bitcoin wallet and exchange company Coinbase is partnering with Shift Payments to create the Shift Card, which can be used in brick-and-mortar stores, gas stations and supermarkets. There’s also the option of linking up all your accounts to the card, permitting you to spend conventional fiat funds and bitcoins from one source.

Though the Shift Card isn’t the first bitcoin debit card in the world, it is the first of its kind to be issued in the US. The move would make bitcoin more accessible for daily purchases and services, rather than it just being used online. Though a growing number of consumers are aware of cryptocurrencies like bitcoin, adoption has been slow from both users and companies, stemming from the fact that the majority of bitcoin transactions are done for speculative purposes rather than direct payments, with people trading it as a commodity in the hopes of turning a tidy profit. 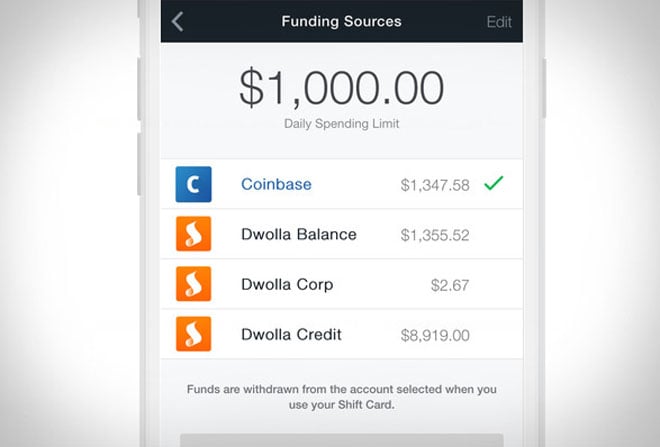 A conventional debit card would help move bitcoin out of the realm of virtual speculation and repackage it as a more viable, everyday currency, suitable for things like groceries or restaurant meals. As Coinbase vice president of business development and strategy, Adam White tells Wired, “At the end of the day, what we’re trying to do is make bitcoin easy to use. We want to make it easy to buy and sell bitcoin, and we want to make it easy to spend. A mainstream debit card based on bitcoin is a key element.” 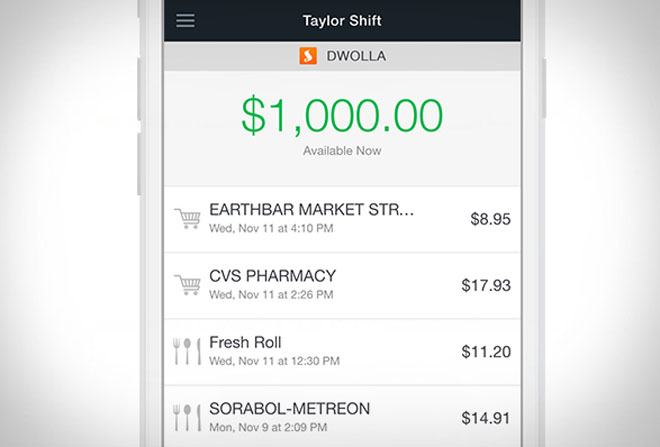 Here’s how the card will work: if you have a Coinbase or Dwolla account, you can order the card by providing your physical address and paying a $10 issuance fee. There are no annual fees nor domestic transaction fees “for a limited time,” but there is a $2.50 ATM fee and a 3 percent fee for international transactions. In the future, there may be a small fee for converting bitcoins to dollars, but there are plans in the works to let users spend air miles or other forms of loyalty points.

The system will permit cardholders to determine which is the primary account from which to debit funds, and a secondary account, and so on. With a daily spending limit of $1,000 and a daily ATM withdrawal maximum of $200, the card will also have the same protections against fraudulent purchases as a regular debit card. 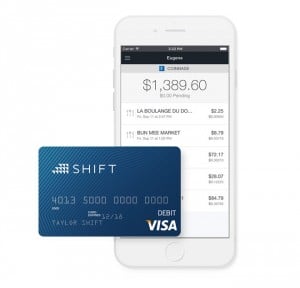 So far, Coinbase will issue debit cards in 25 states, with California slated as a “beta” launch, where only the first 1,000 applicants will be able to use Shift. But the ultimate goal here is to get more people actually spend their bitcoins, and to get more new bitcoin users sign up. As more bitcoins are spent, using straightforward options like the Shift debit card, more merchants will be compelled to accept bitcoins.

Unbanking and the Internet of Money

All this makes for an interesting future, where one does not need a bank account to buy bitcoins or to spend it. If adoption becomes widespread, bitcoin-based salaries could be the norm someday. “It’s now possible to live on bitcoin alone through a combination of an employer paying the user in bitcoin and the user spending bitcoin for everyday items via their debit card,” White asserted.

As cryptocurrencies mature, we could be looking at an emerging Internet of money where digital currencies will likely have an edge over traditional systems of banking, thanks to its use of decentralized, “distributed ledgers” of a global blockchain, its lower fees, and its potential reach to millions of “unbanked” individuals. However it may unfold, there’s no doubt that bitcoin and other cryptocurrencies show a lot of promise for future financial innovation, or at least disrupting business as usual.