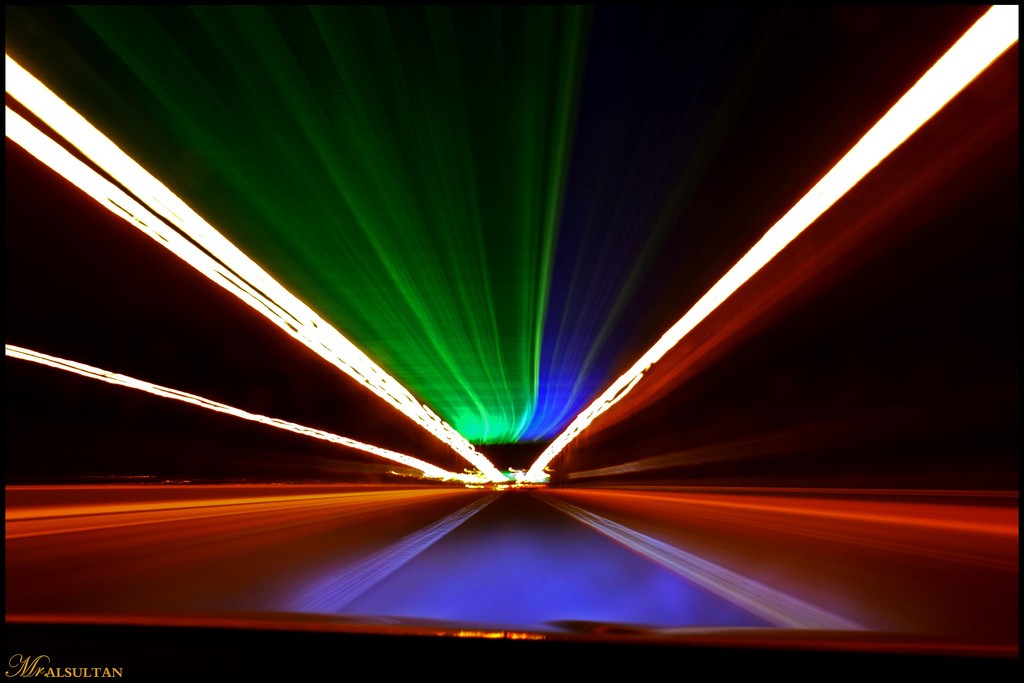 TNS DAILY
We're launching a new daily news service! Beginning March 1st, you can receive a free daily roundup of the most recent TNS stories in your inbox. Pre-register now, never miss a story, always stay in-the-know.
We will consider submissions about new projects that relate to application development and management at scale. Hyper fits that bill. It uses the Linux kernel to schedule containers, avoiding the need to initialize a guest OS.  It’s a different take on managing containers that seemed worthy of having explained. Update: The writer contacted us today with some updates to the story to more accurately reflect how HyperD operates. Previous: The HyperD daemon is run within virtual machines (VMs) on top of the HyperKernel. Updated: The HyperD daemon is run directly on bare metal servers to ensure communication between remote clients and the virtual machines (VMs).

Hyper is a set containing a Linux kernel, an init process and management tools, which virtualizes containers to improve their isolation and management for multi-tenant applications. 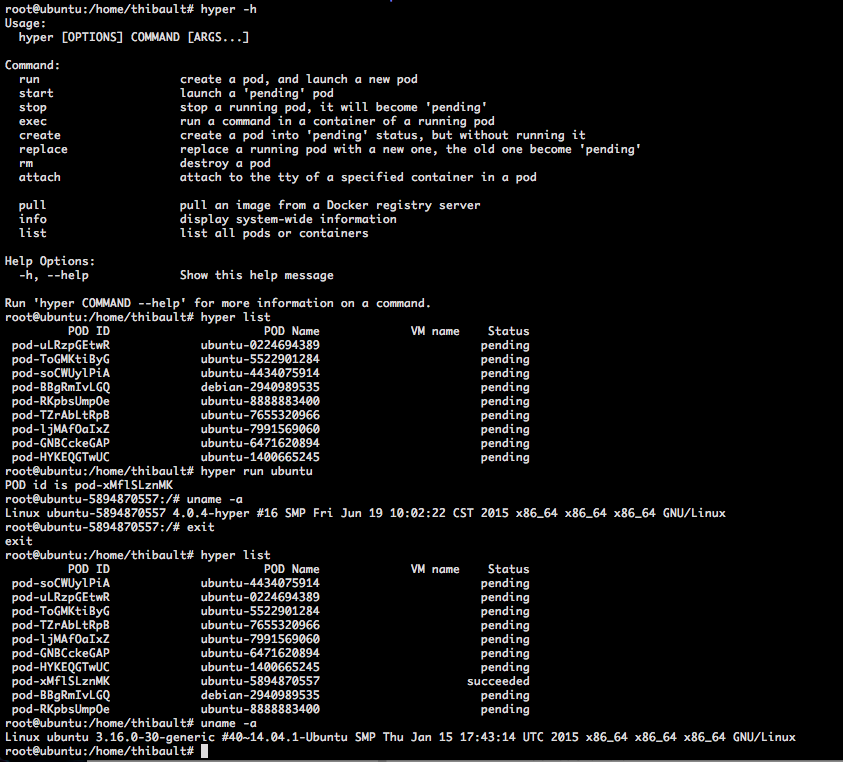 Hyper does one thing: Provide isolated environments (virtual machines) on which portable environments (containers) can be easily scheduled. Hyper uses both shared and dedicated kernels environments, believing it is the right approach to deploy multi-tenant platforms. 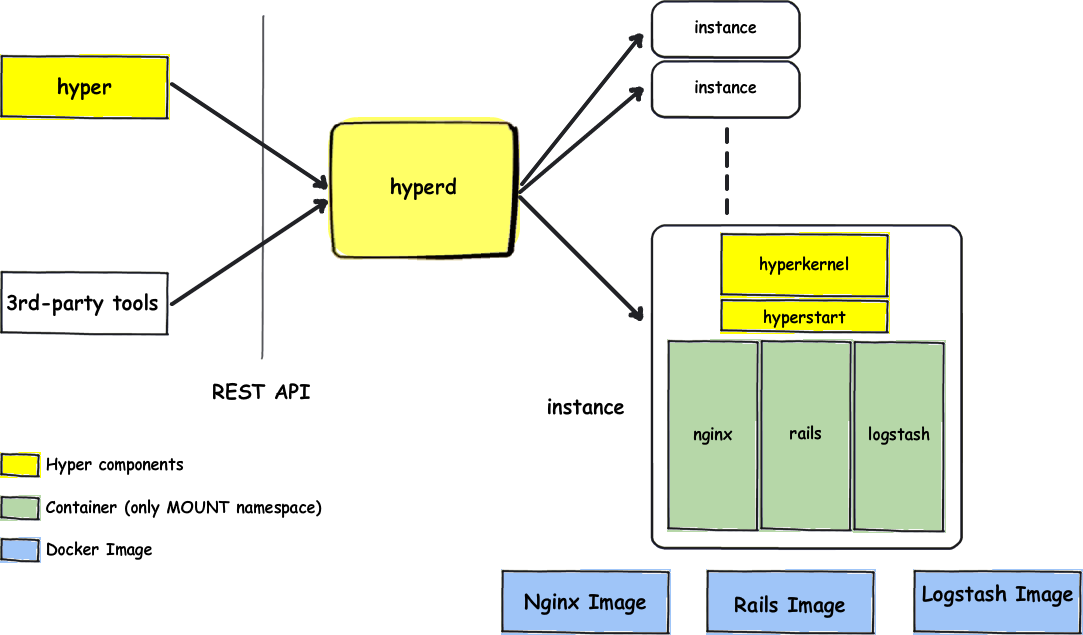 Loss of performance is usually associated with virtual machines. Here are some reasons why:

Deploying a container-as-a-service (CaaS) platform isn’t straightforward. While containers’ isolation haven’t suffered from critical issues, running hundreds (or even thousands or millions) of containers on the same kernel does sound scary. In the case of multi-tenant applications, a second level of isolation is required.

A typical approach is to build a hybrid solution, with both virtual machines and containers. The workflow is as follows:

First, as a user, you have to build a cluster of virtual machines to run your containers. Then, using a scheduler (Mesos plus Marathon, Swarm, etc.), you can schedule containers within your cluster.

Hyper proposes a lighter way for the building process and workflow:

By removing the existence of a guest OS, and keeping HyperD tight to the Linux kernel, containers can be directly scheduled next to the virtualized kernel. This group of containers scheduled within a virtual machine follows the principle of Pods. Removing the existence of a guest OS delineates the need to build a cluster of virtual machines, and hence the need to configure a “guest OS.”

Hyper’s performance is much closer to native containers than virtual machines.

Initializing a pod can take less than half a second, and running processes are very reactive. On a standard (Intel Xeon Quad Core, 32GB RAM, 400GB SSD, Ubuntu 14.04 x64) server, performances have been measured as follows:

When starting a pod with minimum startup memory, there will be 9 MB of leftover free memory in a running pod, because HyperKernel only takes 11 MB of memory.

For more details, you can visit Hyper’s performances page.

Virtualizing Containers … But, Why?

The main difference is that containers rely on the host’s kernel, while VMs rely on hypervisors, which run their own kernels.

In a Linux operating system, the kernel is the part of the system which manages drivers and libraries, and then creates the communication between the hardware and the software.

Sharing the same kernel between multiple isolated environments is actually a switch of context in the guest environment, rather than a proper virtualization. The Linux kernel, through features like namespaces and cgroups, virtually isolates a set of process and libraries, and gives access to the host’s hardware directly. Created environments — being managed directly by the kernel — have the advantage of unaltered performance.

On the other hand, dedicated kernel environments need hypervisors to run. The hypervisor is responsible for emulating the hardware in order to run a guest operating system, which is composed of a dedicated kernel, and a set of tools and libraries. Environments using dedicated kernels usually suffer from performances drop due to hardware virtualization. But they present a big advantage: they provide much better isolation.

Feature image: “Trying to Reach you … as Fast as I can” by Mohammed Al-SULTAN is licensed under CC BY 2.0.

SHARE THIS STORY
RELATED STORIES
How to Deploy Containers with nerdctl Docker versus Kubernetes: Start Here Case Study: How SeatGeek Adopted HashiCorp’s Nomad Top 5 Considerations for Better Security in Your CI/CD Pipeline 4 Ways to Use Kernel Security Features for Process Monitoring
TNS owner Insight Partners is an investor in: The New Stack, Docker.
SHARE THIS STORY
RELATED STORIES
Can Observability Platforms Prevail over Legacy APM? WebAssembly vs. Kubernetes Docker Swarm, a User-Friendly Alternative to Kubernetes Docker versus Kubernetes: Start Here Install Dozzle, a Simple Log File Viewer for Docker
THE NEW STACK UPDATE A newsletter digest of the week’s most important stories & analyses.
The New stack does not sell your information or share it with unaffiliated third parties. By continuing, you agree to our Terms of Use and Privacy Policy.