IBM is rolling out the first of its servers based on the year-old Power10 processor, a system that offers significant performance improvements over its predecessor and forwards the vendor’s ambitions around hybrid clouds and artificial intelligence (AI).
Sep 9th, 2021 3:00am by Jeffrey Burt 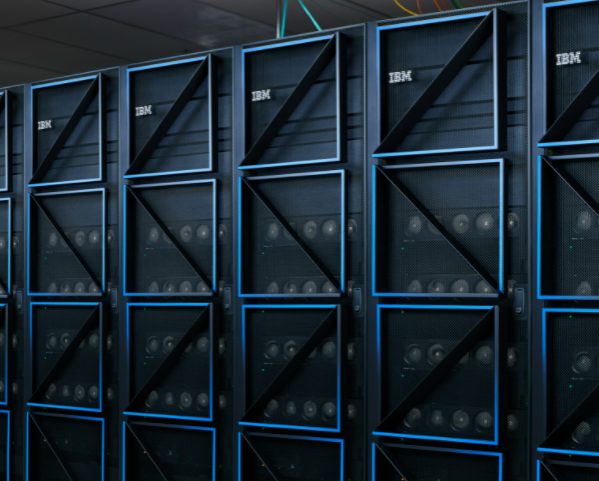 IBM is rolling out the first of its servers based on the year-old Power10 processor, a system that offers significant performance improvements over its predecessor and forwards the vendor’s ambitions around hybrid clouds and artificial intelligence (AI).

Big Blue has packed the Power10 E1080 with a broad array of capabilities that officials said will bring more cloud-like flexibility, scalability and cost-reduction features and that also will improve performance by up to 50% and AI inference by five times over its Power E980 predecessor. It also promises 4.1 times the OpenShift containerized throughput per core vs. x86-based servers and improved security over the E980.

The new system comes 13 months after IBM, after five years of development, launched the 7-nanometer Power10 architecture as a significant step in its hybrid cloud and AI efforts, which came armed with a bevy of hardware, firmware and security features designed to help enterprises more easily adopt hybrid cloud strategies.

The E1080 can run on-premises and pair with the vendor’s cloud-based Power Virtual Server to give organizations a consistent infrastructure architecture from the data center into the cloud. Enterprise can buy the system and run it in their data center, rent it and run it on-premises or access it via the cloud.

Like the Power10 itself, the system also is optimized for Red Hat’s OpenShift Kubernetes container platform, which IBM officials want to make foundational to enterprises’ hybrid cloud efforts. IBM bought Red Hat in 2019 for $34 billion, making it the focal point of the company’s aggressive push into the booming hybrid cloud space. The deal was made while Ginni Rometty was president and CEO of IBM and the company has only accelerated its hybrid cloud and AI strategy under Arvind Krishna, who took over from Rometty last year.

IBM for the past few years has been making major investments in the Power platform to drive the strategy, including launching the Power Virtual Server in the public cloud and its own Power Private Cloud, according to Ken King, general manager of IBM’s Power platform. In addition, the platform has been enabled with OpenShift containers and Cloud Paks, IBM’s platform-in-a-box approach for bringing hybrid clouds on-premises with offerings in such areas as data, network and business automation and Watson AIOps.

The vendor has put in place “a lot of significant foundational elements as we move forward with enterprise, AI and hybrid cloud,” King said during a briefing with journalists. “But as we enter Power10, we’re now seeing strong momentum with hybrid cloud growth on the platform. We’re see growing ISV and application workloads and accelerating enterprise Linux growth with especially SAP HANA. The foundation for growth on the platform is set and established.”

The next step is to “really build on that as we announced Power10 with a significant amount of new capabilities. Those kind of capabilities … are going to enable us to respond our customers, to respond faster to business demands to protect data from the processor core all the way out to the cloud to significantly streamline AI automation,” he said.

With IBM Cloud, Big Blue is a player in the global cloud arena that is dominated by the likes of Amazon Web Services (AWS), Microsoft Azure and Google Cloud. However, their independence from such providers and their willingness to partner with them is a strength in the highly competitive cloud space, according to Rob Enderle, principal analyst with The Enderle Group.

“IBM should have been dominant in the cloud given their cloud-like mainframe roots, but they still have more depth in the concept than the top cloud vendors given that background,” Enderle told The New Stack, adding that the company has positioned itself as the most independent from the cloud providers, which they partner with and layer on the IBM Cloud “as a security-focused premium offering.  They have developed a unique value proposition using their deep knowledge and lack of exclusive relationship with any cloud provider. That proposition is that they’ll be best able to optimize across the cloud vendors in any multicloud deployment, given they are agnostic to any of them.”

Power10 and the servers that will run on them are being optimized for hybrid cloud scenarios, which places on-premises environments as a critical part of a multicloud system, he said. That makes sense, as enterprises embrace the cloud. In its annual cloud report, IT management solutions provider Flexera this year noted that 92% of enterprises are adopting multicloud strategies, while 80% are going hybrid cloud. 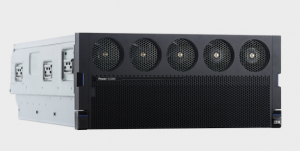 IBM officials point to the numbers as supporting their position that the Power10 architecture and E1080 are designed for the new cloud-centric world. The system, which can scale to 16 sockets, offers up to 30% more performance per core and more than 50% more total capacity than the E980, translating to 33% lower power consumption for the same workload. It offers four times the performance in a 16-socket configuration than Intel’s Xeon Platinum 8280L.

The Power10 chip and E1080 are designed to bring AI capabilities to where the data is on the server. The chip includes four Matrix Math Accelerator engines per core, which IBM officials said can deliver a five-fold improvement for AI inferencing over the E980. Other AI features include Auto-AI and no-code tools to give enterprises flexibility in the models they use and support for the Open Neural Network Exchange (ONNX), which include trained AI models using such frameworks as TensorFlow and PyTorch and can be deployed from x86-based systems to the E1080 with no code changes needed.

IBM also is leveraging Red Hat beyond OpenShift. It also is including such add-ons as Service Mesh and Pipelines, Red Hat runtimes and CodeReady Workspaces, Red Hat’s Advanced Cluster Manager, Power Private Cloud Rack for faster OpenShift deployments and certified Ansible modules. The company also is putting OpenShift on its Power Virtual Server and making Red Hat Enterprise Linux (RHEL) available in its on-premises systems as well as in Power Virtual Server. In addition, in on-premises environments, IBM is planning to offer by-the-minute metering and consumption for RHEL and OpenShift, enhancing the cloud-like capabilities with the software.

IBM also is bulking up the security features in the E1080, an important factor given the data movement between clouds and on-premises and its storage outside of traditional data centers. The capabilities include transparent memory encryption to reduce management setup, four times the encryption engines per core over the E980 — which delivers 2.5-times faster AES encryption — and security software at each level of the system stack.

The system also supports quantum-safe cryptography and fully homomorphic encryption (FHE), which allows engineers to run analytic functions on encrypted data. Encryption of data at rest and in transit is common. FHE enables data to remain encrypted even as it’s being analyzed.

“The Power E1080 was designed [and] engineered to respond in this agile environment that we need to be in today,” Dylan Boday, vice president of product management for hybrid cloud systems and AI, said during the press briefing. “Being able to respond faster to various business demands and dynamically changing environment, protecting your information security and distilling new insights from the available data that clients have today and ultimately doing this all with great confidence and ability, with high reliability and availability. When we talk about being able to respond faster, we’re very excited about the overall performance capabilities of E1080.”