IBM Gears Up to Offer Quantum Computing as a Service 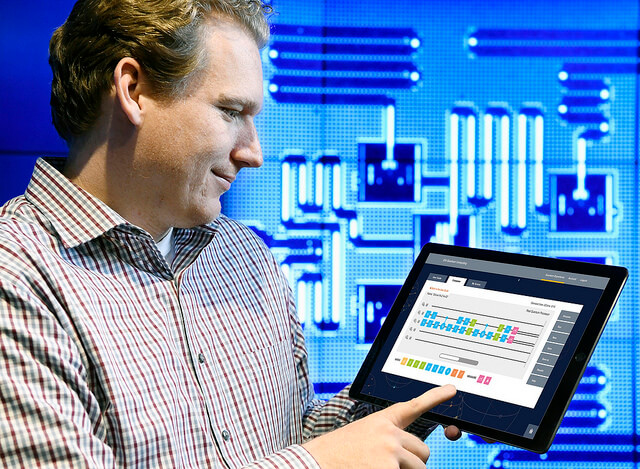 “This is the beginning of the quantum age of computing,” IBM boldly announced this week, upon the preliminary launch of its quantum-computing-as-a-service, called the  IBM Quantum Experience.

Hailing it as “the birth of quantum cloud computing,” the company is promising hands-on access to an IBM-created a 5-qubit processor, along with tutorials and simulations of quantum computing.

The qubits (Short for quantum bits) are built on superconducting metals on silicon chips, and “can be designed and manufactured using standard silicon fabrication techniques,” according to IBM. Over time, the company plans to add more qubits to its online processor — and to test it using different configurations.

The company predicts that within the next decade we’ll see “medium-sized” quantum processors with between 50 and 100 qubits — enough to exceed the capacity of today’s top supercomputers.

The IBM Quantum Experience will be hosted in the IBM Cloud, of course, and the company says that it hopes to build a new user community around the technology. Dario Gil, the vice president of science and solutions at IBM Research, said in a statement that “If you want to understand what a true quantum computer will do for you and how it works, this is the place to do it. You won’t experience it anywhere else.”

For what it is worth, Google already released their own “Quantum Computing Playground” in 2014, an online environment that simulated a quantum computer with between six and 22 qubits. But IBM’s new platform promises access to an actual quantum computer, which was a special project from the new IBM Research Frontiers Institute founded with Samsung, Honda, and JSR to promote big new innovations to change the world.

Building on a 1981 proposal by famed physicist Richard Feynman, the platform’s site brags that “The results of more than 35 years of IBM quantum computing research are now available for exploration at the click of a button. ”

You can see the entire quantum lab in new footage released by the company using YouTube’s new “360 Video” format, which lets viewers click on a navigation panel at the upper left to change the camera’s angle in real-time. Over a steady hum of machinery, IBM scientist Antonio Corcoles fiddles with the quantum computer’s refrigeration system and its microwave isolators.

Programmers interested in accessing the processors first must fill out an “Invitation request form” on IBM’s site. “In addition to visual simulations of quantum computing, it will include a game-like system that will parcel out access to the actual quantum computer for online users,” reported the New York Times.

In a discussion on Reddit, someone joked that the whole thing might turn out like Microsoft’s experiment with a Twitter-bot simulating a teenaged girl. But another commenter wondered whether quantum computing could be used to break the RSA encryption standard.

The New York Times points out Canada’s prime minister recently drew a standing ovation just by proving that he actually understood the concept of quantum computing. “What quantum states allow for is much more complex information to be encoded into a single bit. A regular computer bit is either a one or a zero, on or off… the uncertainty around quantum states allows us to encode more information.”