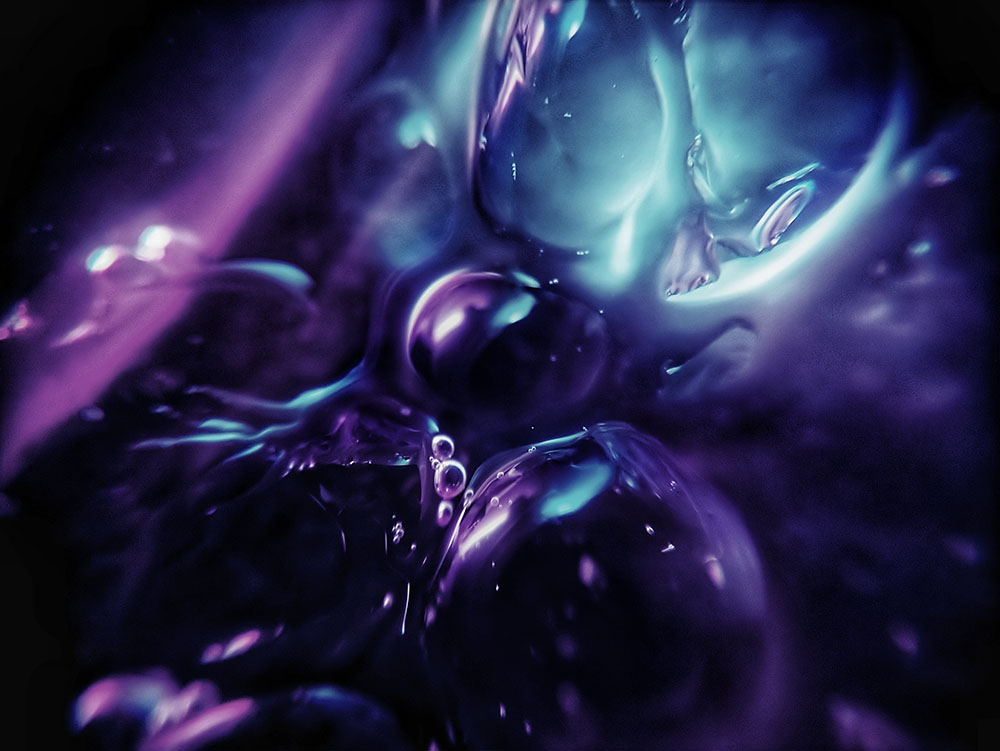 Many experts are anticipating that quantum computing will someday overtake classical computing. The transition could potentially revolutionize everything — and it’s made possible because quantum computing harnesses the extraordinary laws of quantum mechanics, thus allowing quantum bits (or “qubits”) to encode and process information in multiple, superimposed states — many more than is possible with the limited binary encoding of either only 1s or 0s in classical computing.

But that paradigm shift requires a lot of collaborative effort on the collective level. In the past few years, various tech companies like Amazon, Microsoft, Google and Rigetti have each built their own quantum computing systems and services. IBM is another industry leader in the quantum computing race, having launched Quantum Experience, its own quantum-computing-as-a-service a few years back. Late last year, IBM unveiled an ambitious five-year roadmap outlining its aims to release a 1,121-qubit device by 2023, as well as more recent plans to further develop and scale up a quantum ecosystem based around open source software.

IBM’s own approach centers on building a community around this technology, by engaging the best and brightest around the world, and by opening up the nascent quantum computing industry to a broader range of users.

“Building useful quantum circuits requires a fundamental paradigm shift in how we think about information in a computational device,” he explained Blake Johnson, quantum platform lead at IBM. “It isn’t like learning a new programming language or framework where one has to learn new words to express existing ideas. Instead, one really has to think in a completely different way in order to build computations that take advantage of quantum phenomena like interference and entanglement. Therefore, it is critical that we build tools that are easy to use — with backend functions that are almost invisible to the user — to allow developers to focus on the actual hard problems rather than creating new roadblocks from the tools themselves.” 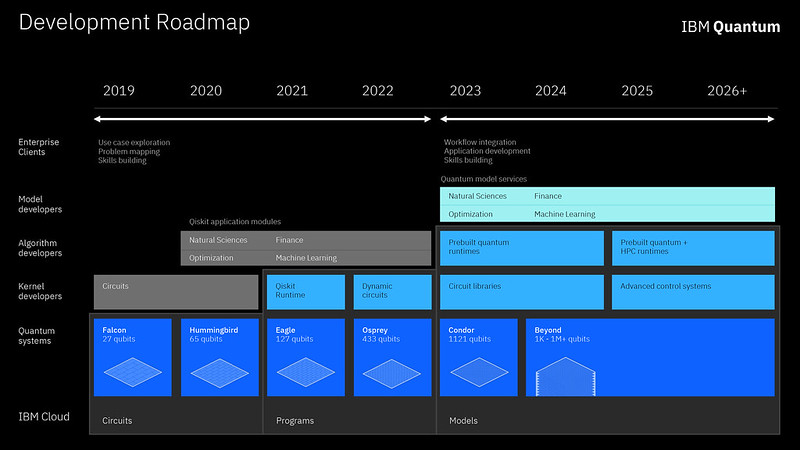 One major step in achieving that goal involves IBM making its quantum computing more accessible by replacing its Quantum Experience platform with the launch of two new programming tools, IBM Quantum Composer and IBM Quantum Lab, which allow users to construct quantum circuits, and run experimental quantum algorithms on them. The intention is to create a seamless experience, while introducing quantum computing to a wider range of users at the same time.

“At IBM, we have embraced a philosophy of ‘frictionless development’, to enable the broadest possible community of researchers and developers to engage with quantum systems,” Johnson explained. The company has also been working on Qiskit, an open-source quantum computing framework to connect with new audiences.

In particular, Quantum Composer’s drag-and-drop graphical interface makes it easy for developers to build quantum circuits. “Quantum Composer has several visualizations built-in that assist the circuit developer in reasoning about the effect of a circuit,” said Johnson. “Once you have constructed a circuit, you can execute it on IBM Quantum systems or export it in several formats, including Qiskit Python code, for further manipulation or integration into a larger project.”

To complement Quantum Composer’s circuit-building capabilities, IBM’s cloud-hosted Quantum Lab permits users to write scripts that combine Qiskit code, equations, visualizations and narrative text, while also taking into account the potential impact of quantum “noise” on circuits and algorithms. Beyond addressing these practicalities, IBM is also aiming to facilitate collaboration within the wider community, with the goal of accelerating development by democratizing access to quantum systems.

“The Quantum Lab is a hosted development environment to enable researchers and developers to interact with IBM Quantum systems,” said Johnson. “Today, it principally contains a Jupyter notebook environment with Qiskit pre-installed. However, we will be building upon and extending the Quantum Lab in the future to include other functionality useful to the daily experience of interacting with quantum systems.”

For instance, the company is prototyping a data service extension to allow users to easily share analyzed experiments, as well as investigating live visualizations to provide insight into the operation of large jobs, allowing a user to interrupt or cancel a job if they detect an issue. 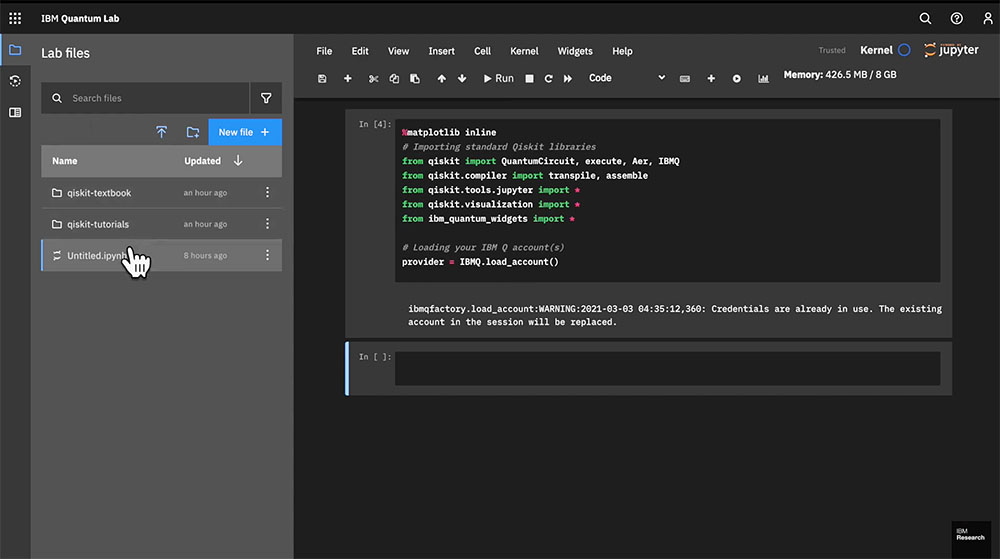 Currently, IBM operates over two dozen quantum computing systems. They are all based on the transmon superconducting qubit architecture, and range in size from 1 to 65 qubits, with over 280,000 registered users executing an estimated 1 billion hardware circuits daily. IBM’s full-stack quantum systems are designed to make it easier for quantum kernel developers to compose quantum circuits, as well as assist quantum algorithm developers and quantum model developers further up in the stack in creating innovative quantum algorithms that can be applied to quantum models for tackling complex problems in chemistry, finance, machine learning and more.

Johnson notes that IBM’s quantum systems are optimized through a tight integration with conventional computing systems, meaning that resources are allocated much more efficiently, depending on the type of problem.

To further develop this seamless classical-quantum integration, IBM’s roadmap hints at the introduction of dynamic circuits within the next two years, which will be critical in efficiently cutting through the inherent noise of quantum systems to correct potential errors.

“There is still a lot to learn about what is required to deliver quantum advantage on real problems,” added Johnson. “However, our explorations so far have already revealed that quantum platforms need three things in order to be useful: quality, capacity, and variety. Quality is important because quantum systems must be able to faithfully execute circuits of sufficient size to represent problems of interest and the algorithms that solve them. Capacity is critical because many algorithms require not just one circuit, but many circuits executed interactively with calculations done with classical processors. Variety is about the kinds of circuits we can run, where we are particularly enthusiastic about the promise of dynamic circuits to extract greater performance with limited quantum resources.”

In addition to looking toward dynamic circuits, IBM has also recently released Qiskit Runtime, which offers a new method of executing quantum-classical workloads much more efficiently, thus significantly increasing the capacity of its systems. With some analysts estimating that quantum computing will be a $65 billion industry by 2030, IBM responded by also introducing the world’s first quantum developer certification, which will provide programmers one possible pathway in navigating this emerging field.

Amazon Web Services and IBM are sponsors of The New Stack.