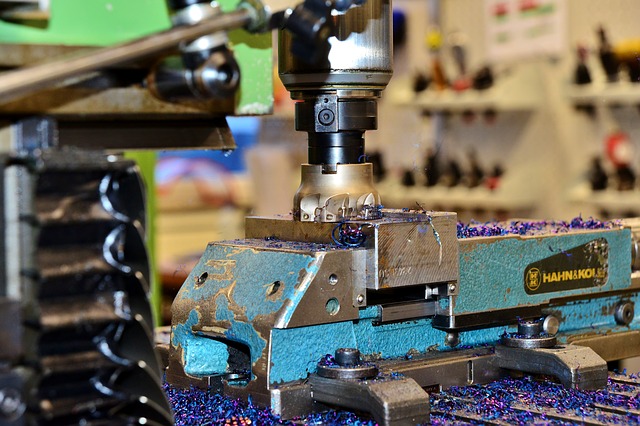 This includes the ability for containers hosted in IBM Cloud to directly access GPUs and simplifying the experience of running Kubernetes on bare metal. “On IBM Cloud, Kubernetes can now fit into an organization’s cloud strategy no matter what that looks like; whether it’s building a completely cloud-native machine learning app, accessing servers directly to handle large data workloads or migrating data-heavy apps to the cloud,” wrote McGee.

At the company’s THINK Conference, being held this week in Las Vegas, IBM revealed further cloud and container-based capabilities, including a new Cloud Security Advisor. The experimental Cloud Security Advisor allows IT teams dashboard for assessing the state of their systems’ through active vulnerability testing.

The company also introduced IBM Cloud Internet Services, in collaboration with security services provider Cloudflare. The IBM Cloud will now have the ability to head off DDOS attacks, and other types of outside exploits before they can impact service performance. The Cloud Internet Services include a Web application firewall, global load balancing, and SSL.

“Enterprises can focus on innovation from the cloud to the edge and spend less time worrying about performance issues and security threats,” according to Cloudflare CEO and co-founder Matthew Prince, who was quoted in a blog posting on the IBM website. “Across the industry, we are just starting to break the surface of the impact that a strong edge and cloud strategy will have in the enterprise, and the results will be staggering.”

Behind IBM’s work on its own cloud and the services contained therein is a growing dedication to the Kubernetes project and platform for its customer’s future. Daniel Berg, distinguished engineer IBM cloud container services, said that many of IBM’s verticals are using Kubernetes in production today.

Berg said that IBM is now heavily involved in Kubernetes, and has been since the 1.0 release.

“It’d be accurate to say that IBM was as close to Kubernetes’ initial point of impact as it could be,” wrote Charles King, principal at Pund-IT, wrote in an email to The New Stack. “IBM has made steady contributions to and investments in Kubernetes, including the Cloud Private solutions it announced a few months ago (and which provide the foundation for its new Cloud Private for Data solution.”

One thing IBM has going for it with its dedication to Kubernetes is the inherent complexity of the system. “It’s a complex technology so the assistance of service professionals and other experts can be valuable for many customers. That’s especially true for enterprises that are contemplating or planning substantial deployments. Interestingly enough, you can say the same thing about enterprise-class virtualization. So I don’t expect that dynamic to change anytime soon,” wrote King.

The latest scheduled release of Kubernetes arrives this week. Version 1.10 includes many fixes and specific changes aimed at enhancing Kubernetes’ overall compatibility with common enterprise environments: iSCSI, Windows, and Java. Support for HugePages has also been moved up to beta with this version.

Bich Le, chief architect at Platform9, said that “This release is indicative of Kubernetes, the platform, maturing and growing more stable with each new release, bringing more steady and incremental changes. There’s nothing I would call a big headliner feature in this release, but there are many incremental enhancements in various areas.”

Le said that, recently, Kubernetes releases have become boring: and that’s a good thing. “Kubernetes is becoming boring, and boring is good. One way to interpret this is that Kubernetes is like an operating system. If you compare it to Linux, the focus is becoming more and more on making core Kubernetes the equivalent to the Linux kernel,” said Le. “We want the core to be as small and stable and reliable and secure as possible, and we want to define many extension points. You can enhance Kubernetes core with things that run at higher layers. We want Kubernetes to be small but very flexible and extensible.”

Unfortunately, Kubernetes is still somewhat difficult to comprehend, even if it is remaining ruthlessly focused. Le and his team have built an open source tool to help rectify this issue: Decco.

“Kubernetes has a reputation for being difficult to learn for developers because there are just so many concepts that developers need to learn in order to start a very basic application. They have to learn containers, pods, services, deployments, and load balancers, just to get started developing a simple application. A lot of the innovation you see in the ecosystem is around layers and things that simplify these concepts, or abstract them from the developer. Decco is one example of that,” said Le.

“We created Decco to solve our own deployment problem, and we’re hoping this will become something useful to the general community. Decco simplifies things by letting the developer learn only two concepts. One is applications. The other is space. It allows a developer to describe an application in an easy to understand manifest. The manifest describes the application’s needs around networking security and log file collection. That manifest is submitted to Decco, and Decco builds the low-level Kubernetes resources needed to run and deploy the application,” said Le.

Wrote King, in an email, “It should result in increasing adoption, especially if the community behind the technology maintains its enthusiasm. From here, Kubernetes’ future looks pretty bright.”