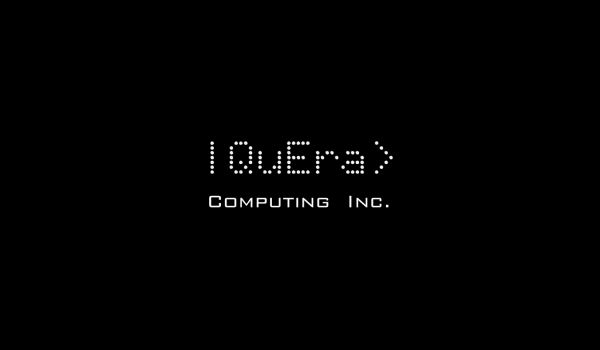 The decades-long drive to make quantum computing a reality, once the domain of such established tech giants as IBM, Microsoft, Google and even Honeywell, in recent years has seen a rising number of smaller startups begin to make their appearance on the scene, with the goal of gaining traction in the nascent but fast-moving industry.

There were moves this week by players on both sides of the fence. IBM unveiled its latest quantum processor — a 127-qubit (quantum bit) chip dubbed “Eagle” — and outlined plans for the second generation of its quantum compute system that will be able to work Big Blue’s future processors that will have 433 and 1,121 qubits.

Days later, QuEra Computing, a Boston-based startup founded by scientists from Harvard and the Massachusetts Institute of Technology (MIT), emerged from stealth mode with $17 million in funding from a number of investors with plans to build on technology developed at the two educational institutions.

QuEra officials said they already have completed construction of a 256-qubit machine, have been awarded a research contract from the Defense Advanced Research Projects Agency (DARPA) and have generated $11 million in revenue.

The announcements this week illustrate the amount of innovation and investment going into an area of computing that has been talked about and experimented with for decades but in recent years has seen its future shift from “if” to “when.”

“We’re very much at an experimental stage where there are serious R&D efforts and a lot of companies now taking different approaches, leapfrogging each other with different approaches and different methods,” Bob O’Donnell, principal analyst with TECHnalysis, told The New Stack. “But there are big-picture problems that they are trying to be able to solve. It’s a bit supercomputing-level stuff, so it’s not obviously mainstream, but it’s an important development.”

For IBM, the Eagle chip is the latest step by the company to establish a leadership position in a quantum computing space that Statista analysts are predicting will hit $472 million this year and reach more than $1.76 billion in 2026, fueled in part by ever-increasing compute power, growing data center workloads and the shift to software-as-a-service (SaaS).

The processor is IBM’s first to hold more than 100 functional and connected qubits and the latest example that the company remains on the roadmap for quantum computing that it released last year. In 2019, IBM rolled out “Falcon,” a 27-qubit processor, followed the next year by the 65-qubit “Hummingbird” chip. “Osprey” will be the 433-qubit processor, which is scheduled for 2022, and “Condor” the 1,121-qubit chipset for 2023.

The increased qubit count on Eagle will make it possible for enterprises to run more complex applications and experiments in such areas as artificial intelligence (AI), machine learning and modeling, and its scale makes it impossible for a classical computer to reliably simulate. The number of classical bits needed to represent a state on the 127-qubit chip goes beyond the total number of atoms in the more than 7.5 billion people on Earth.

“We view Eagle as a step in a technological revolution in the history of computation,” IBM scientists wrote in a blog post. “As quantum processors scale-up, each additional qubit doubles the amount of space complexity — the amount of memory space required to execute algorithms — for a classical computer to reliably simulate quantum circuits. We hope to see quantum computers bring real-world benefits across fields as this increase in space complexity moves us into a realm beyond the abilities of classical computers.”

The processor is available as an exploratory device on the IBM Cloud to select members of the IBM Quantum Network.

IBM Looks down the Road

Just as important, IBM laid out information about its upcoming next quantum computing system. The company in 2019 unveiled Quantum System One, which has become the foundation of its cloud-based quantum computing services in the United States and other countries. In addition, IBM this week announced a partnership with Yonsei University in South Korea, which will deploy an IBM quantum system.

Quantum System Two — a prototype of which is scheduled to be running in 2023 – will have a more mature infrastructure that will be able to work with the future Osprey and Condor qubit processors.

“IBM Quantum System Two offers a glimpse into the future quantum computing data center, where modularity and flexibility of system infrastructure will be key towards continued scaling,” Jay Gambetta, IBM Fellow and vice president of quantum computing at the company, said in a statement. “System Two draws on IBM’s long heritage in both quantum and classical computing, bringing in new innovations at every level of the technology stack.”

Key to System Two and subsequent quantum computers will be having the resources needed to scale, including control electronics to enable users to manipulate the qubits and cryogenic cooling for keeping the qubits at a temperature low enough to ensure their stability. The new system will offer both, including a new cryogenic platform designed along with Bluefors, which manufactures refrigeration systems for quantum technology.

According to IBM, the new design could provide a larger shared cryogenic workspace that may lead to the linking of multiple quantum processors.

“It’s an interesting arena where IBM is maintaining a true compute performance lead, which in most other areas they obviously don’t have anymore,” he said. “They’ve clearly made some advances early on. They’ve done a pretty good job of being able to outline how they’re developing it, where they’re going, and they seem to be pushing the edge of where things are.”

QuEra Arrives on the Scene

For its part, QuEra is looking to muscle into the space with its architecture and the method it uses to create and control qubits. Up until now, commercial quantum systems have leveraged about 50 qubits, which can give them an advantage over classical systems but can’t address what company officials said are significant problems, like climate change, AI and understanding the structure and functions of proteins in viruses like COVID-19.

QuEra is focused on driving innovation in growing the numbers of useful qubits and improving their programmability. One of the interesting aspects of quantum computing is the differing modalities for creating high-quality qubits. IBM uses superconducting, while there are other options including ion traps and photonics.

QuEra’s hardware traps hundreds of atoms in a small vacuum chamber, where they are cooled by lasers to within a millionth of a degree Kelvin, bringing them to a virtual standstill. Qubits are highly fragile — they can easily flip from one state to another — so it’s important to keep them extremely cold. QuEra officials said neutral atoms are more than a million times colder than deep space and more than a thousand times colder than is done with superconducting used by IBM and Google.

In addition, while trapped ions in a quantum computer repel when kept in close quarters, QuEra’s system can arrange hundreds of neutral atoms into sub-millimeter arrays, they said.

QuEra’s method is similar to the one used by ColdQuanta, another startup that uses a cold-atom modality and recently announced “Hilbert,” a gate-based 100-qubit system that will be available this year on ColdQuanta’s cloud and early next year may be available via other public clouds like Amazon Web Services, Microsoft Azure and Google Cloud.

“There is an enormous opportunity to make headway on some of today’s most critical — and presently impossible — problems that impact nearly every one of us,” Alex Keesling, CEO of QuEra and co-inventor of the company’s technology, said in a statement. “With our first machine, we are excited to begin to demonstrate what quantum computers can do for humanity.”

The companies and people investing the $17 million in QuEra include Rakuten, Day One Ventures, Frontiers Capital, and tech investors Serguei Beloussov, and Paul Maritz.

Jeffrey Burt has been a journalist for more than three decades, the last 20-plus years covering technology. During more than 16 years with eWEEK and in the years since as a freelance tech journalist, he has covered everything from data...
Read more from Jeffrey Burt
SHARE THIS STORY
RELATED STORIES
CES 2023: Robots, Astronauts, Schwarzenegger and Flying Cars What Is Edge Computing? How Prescient Devices Uses Time Series Data for IoT Automation 7 Edge Computing Uses You Should Know How New Sony AI Chip Turns Video into Real-Time Retail Data
IBM is a sponsor of The New Stack.
TNS owner Insight Partners is an investor in: The New Stack.
SHARE THIS STORY
RELATED STORIES
5 Supply Chain Security Trends Why the Edge for Applications Is a Trend Heading into 2023 Pinterest: Turbocharge Android Video with These Simple Steps Performance Measured: How Good Is Your WebAssembly? How Prescient Devices Uses Time Series Data for IoT Automation
THE NEW STACK UPDATE A newsletter digest of the week’s most important stories & analyses.
The New stack does not sell your information or share it with unaffiliated third parties. By continuing, you agree to our Terms of Use and Privacy Policy.