The venerable technology giant will succeed in achieving the goals of this bold restructuring, which it announced last week but which will take more than a year to complete.
Oct 14th, 2020 6:00am by Juan Perez 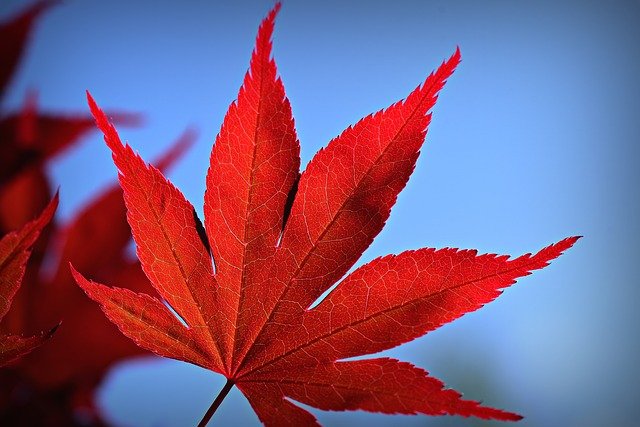 IBM has taken a step in the right direction by intensifying its focus on its fast-growing hybrid cloud offerings while spinning off its lower-margin, legacy managed services unit. However, it’s less clear whether the venerable technology giant will succeed in achieving the goals of this bold restructuring, which it announced last week but which will take more than a year to complete.

“When you think about what IBM is doing here, they’re playing a significant amount of catch-up,” Jared Weisfeld, a financial analyst with Jefferies, said on CNBC.

Many questions about the restructuring, announced last week, remain unanswered — starting such basics as the name of the company to be spun off, and including many structural and logistical issues. More importantly, what ends up happening will depend on how IBM executes on the plan.

“It looks like they’re trying to streamline operations, provide greater focus and use that as a way to ensure that they’re accelerating their growth,” Scott Sinclair, a senior analyst with Enterprise Strategy Group (ESG), told The New Stack.

In fact, there’s a direct relationship between the popularity of cloud computing and the deceleration in managed services, according to John Abbott, principal research analyst with 451 Research, part of S&P Global Market Intelligence.

“The growth in managed services and hosting slowed significantly because of the shift towards cloud services and the rise of public cloud, and has caused a drag on IBM’s top line,” Abbott said via email.

This move is all about boosting IBM’s market share and presence in the cloud services platform market by further leveraging its acquisition of Red Hat. Since closing the $34 billion deal in July 2019, IBM has seen rapid growth in sales of Red Hat’s open source software, such as Red Hat Enterprise Linux and OpenShift, which enterprises use to create hybrid IT environments, in which some workloads remain on-premises and others get moved to public and private clouds.

“Red Hat gave us the confidence to do all of this,” IBM CEO Arvind Krishna told The Wall Street Journal.

IBM says that with Red Hat it’s able to offer enterprises a special type of openness and flexibility to have applications and infrastructure wherever they prefer — in their own data centers, or in cloud platforms from one or more providers.

“IBM’s open hybrid cloud platform architecture, based on Red Hat OpenShift, works with the entire range of clients’ existing IT infrastructures, regardless of vendor. This platform allows clients to ‘write-once/run-anywhere,’” reads the company’s announcement.

Another focus of the slimmer, more focused IBM will be its artificial intelligence software, which it believes fits in very well with enterprises’ shift to hybrid cloud environments, where advanced and scalable data analysis is essential.

“Clearly the intention is to follow through on its giant acquisition of Red Hat, capitalizing on the growth of the hybrid multicloud platform from Red Hat, coupled with the IBM Cloud business mostly derived from its SoftLayer acquisition of 2013 — along with emerging market opportunities such as artificial intelligence,” 451 Research’s Abbott said.

A Long Row to Hoe

While IBM works on spinning off — over the coming 12 months — its Managed Infrastructure Services unit, which is part of its Global Technology Services (GTS) division, the competition among public cloud platform providers will continue raging, as the front-runners, including Amazon’s AWS, Microsoft’s Azure, and Google’s GCP, aggressively battle each other and eager competitors of all stripes and sizes.

“It seems pretty clear to me that the focus is to play catch-up to the large CSPs (cloud service providers) like Amazon, Microsoft and Google, and they’ll do so with a refined focus on M&A,” Jefferies’ Weisfeld said.

According to Synergy Research, Amazon held a 33% share of the cloud infrastructure services market in Q2, followed by Microsoft (18%) and Google (9%), with Alibaba (6%) and IBM (5%) rounding out the top five.

The growth strategy IBM outlined — achieving mid-single-digit revenue growth — will require a major effort, considering IBM’s annual revenue growth has been between flat and 1% in the past several years, he said.

451 Research’s Abbott shares this view. “To reach its goal of mid-single-digit revenue growth, IBM is likely going to have to look for some further significant acquisitions,” he said.

Abbott points out that while the plan is to focus on hybrid cloud opportunities, IBM plans to retain several parts of its traditional business, including its mainframe and high-end Power systems servers, as well as services offerings. “The spin-off is intended to ‘unlock growth’ in its other businesses. It may well unlock growth but doesn’t grant it,” Abbott said.

Clearly the plan is the correct one, and an encouraging leadership move from Krishna, the longtime IBMer who was named CEO in April of this year.

“This is the right strategic pivot from the perspective of thinking about how to attack the (hybrid) cloud market going forward,” Weisfeld said. “Strategically, it certainly makes a lot of sense.”

Wedbush Securities analyst Moshe Katri feels similarly. “IBM is essentially getting rid of a shrinking, low-margin operation given the cannibalizing impact of automation and cloud, masking stronger growth for the rest of the operation,” he told Reuters.

ESG’s Sinclair is not entirely clear why IBM would announce this plan now, when it’s more than a year away from completion and so many details are missing, but concurred that it’s the right move to make.

“The move is understandable. Whenever you can allow yourself to focus, especially when you have a couple of different business areas that are very exciting right now, such as hybrid cloud and artificial intelligence,” he said.

IBM’s massive presence in on-premises data centers represents an opportunity to grow its cloud computing market share by leveraging its Red Hat offerings, as it is already doing successfully, according to Sinclair.

“Based on all our research, hybrid cloud is going to be the dominant wave of the future. We don’t see very many organizations that say they’re going to abandon all on-premises infrastructure and only be in the cloud,” he said.

The opportunity is definitely there for IBM to build up its hybrid cloud portfolio. “Red Hat can be a catalyst to increase conversations and create growth within those hybrid cloud ecosystems,” Sinclair said.

With regards to AI, it’s a technology area where many businesses are making investments and need help, especially with data increasingly dispersed across these new hybrid cloud environments. It’s a growing opportunity for which IBM is well-positioned, he said.

“Often one of the larger challenges in these projects is getting all the data you need cleansed and in the right location across hybrid, multicloud environments,” Sinclair said. “IBM is doing some great work with AI, and helping businesses leverage that alone has value.”

Less encouraging are the results from 451 Research’s “Voice of the Enterprise: Digital Pulse Budgets and Outlook” report, which shows IBM “fading in importance in the IT department,” according to Abbott. Specifically, 7% of the companies polled said they consider IBM their most important technology supplier today, but only 5% said it will still be by 2022.

“NewCo” Could Benefit as Well

There are many questions around the spin-off company, whose placeholder name is “NewCo” and which generated $19 billion in revenue. Jefferies’ Weisfeld said NewCo’s business has been declining about 5% to 6% annually in recent years, a trend that he thinks will continue after it’s spun off. “NewCo is going to probably decline faster than that,” he said.

NewCo’s thousands of “technology-intensive” enterprise customers include many that are “in the highly regulated industries that have been very cautious about utilizing less mature public cloud services,” Abbott said.

ESG’s Sinclair sees a possible silver lining, saying that independence from IBM could be a blessing for NewCo. Specifically, it could eliminate the perception that its technology recommendations could be influenced by its parent company.

“I’m not saying IBM ever did this,” Sinclair said. “IBM has always had great credibility in this respect. But this spin-off gives NewCo a level of neutrality that wasn’t there before in terms of their technology recommendations. That will definitely benefit them as they continue to grow and offer more and more services.” 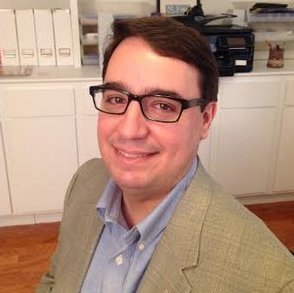 I’ve been writing about enterprise and consumer IT for 25 years—both as an award-winning reporter and editor, and as a content marketer. My areas of expertise include cybersecurity, DevOps, artificial intelligence, cloud computing, mobile apps, big data, IT operations, e-commerce,...
Read more from Juan Perez
SHARE THIS STORY
RELATED STORIES
AWS Re:Invent Left Attendees with More Questions Data 2023 Outlook: Rethink the Modern Data Stack It Doesn’t Matter How Much You Spend on AWS When Losing $10,000 to Cryptojacking Is a Good Investment Google Makes Postgres-Compatible AlloyDB Generally Available
TNS owner Insight Partners is an investor in: Unit, The New Stack.
SHARE THIS STORY
RELATED STORIES
When Losing $10,000 to Cryptojacking Is a Good Investment It Happened to Me: How I Suddenly Owed AWS $13,000... Microsoft Makes Azure Load Testing Generally Available Qlik Plans to Acquire Talend. Is it a Data Management Double-Dip? PLG Will Eliminate the Subscription-Based Software Model
THE NEW STACK UPDATE A newsletter digest of the week’s most important stories & analyses.
The New stack does not sell your information or share it with unaffiliated third parties. By continuing, you agree to our Terms of Use and Privacy Policy.