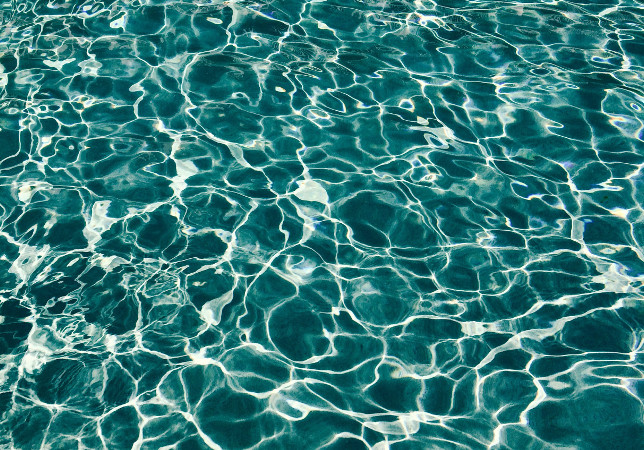 IBM continues to empower developers with new services and capabilities for building cognitive applications in the cloud, delivering a new cloud service that taps the power of the Kubernetes container orchestration system and Docker containers.

The new IBM Bluemix Container Service, launched at the company’s InterConnect 2017 event, is a container service on IBM’s Bluemix cloud platform that helps developers simplify the creation and management of apps using Kubernetes and the Docker engine.

The Power of Containers

“Building microservices with containers helps developers to do what they do best – invent – by creating and stitching together different services that work in tandem,” McGee said in a statement. “Our service does this in a simple, straightforward way by using Kubernetes to automate critical parts of an app’s environment, while giving developers the ability to build in cognitive intelligence, blockchain and Internet of Things services.”

Containers lie at the forefront of the developer movement towards microservices, as they enable developers to rapidly iterate, deliver and operate on the components of an app, without being bound to one underlying infrastructure or cloud provider, IBM said.

The popularity of containers has placed them among the hottest segments of the developer landscape right now, with 451 Research predicting the market opportunity for containers to exceed $2.6 billion by 2020.

The IBM Bluemix Container Service includes fully-managed Kubernetes clusters for deploying, scaling and managing containers when building apps, as well as native Kubernetes APIs, built on Bluemix. It also features automatic load balancing and provides users with the choice to store and access data across multiple platforms and repositories, and flexible isolation and capacity controls to design a container cluster to fit specific needs and budget constraints of an application, McGee said.

Optimized for the Enterprise

Overall, the technology is “pretty horizontal” and IBM has seen adoption in many industries such as transportation, financial services, media, insurance and others, McGee said.

“We haven’t done a lot to optimize for certain industries,” he noted. “We have done a lot to optimize around what we think are the kind of enterprise requirements our customers might have. We’ve done a lot on isolation and having options out of public cloud. We’ve done a lot of work around security and vulnerability analysis. We look at their container images. We integrate with X-Force to get the latest intelligence about what going on with security in the industry and apply that to the workloads. We even do things like analyze their application development function to see if they have a vulnerability that could surface when deployed.”

Indeed, security features are built in. For instance, IBM’s Vulnerability Advisor, Bluemix’s tool for scanning and flagging security issues within containers, is a key component of IBM Bluemix Container Service. And the service will continuously monitor each container through an integration with the IBM X-Force Exchange, the company’s threat intelligence sharing platform.

McGee said IBM has been contributing to the development of Kubernetes since the project’s launch in 2014. Big Blue also has contributed to the Docker project.

By pairing a Docker-powered engine with the simple management capabilities of Kubernetes, Bluemix developers can access a highly usable interface and dashboard to easily write code within a container and quickly deploy it to multiple apps, IBM said in a statement.

“The Kubernetes thing is really important,” said Angel Diaz, IBM’s vice president of cloud technology and architecture. “The single tenant for cluster stuff that we do in our Kubernetes can help ease the road for people who use Docker. This is no coincidence. I have been bringing these worlds together physically over the last two-plus years. We opened Docker with the Open Container Initiative. I stood up onstage as OSCON with Google and opened up Kubernetes, and I just brought Docker into the CNCF [Cloud Native Computing Foundation] party where they just announced containerd. To me, that is an aligning of the stars that is fundamental.” 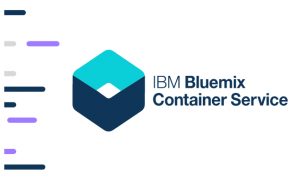 “Containers are seen as a really cool technology,” he said. “And I think what’s happened over the last year or so is people starting the transition from using containers for development to using containers as part of their DevOps process to do packaging. But with the exception of early adopters, most people have not changed their operational model yet. They take that container, they shove it in a VM they run it in production as if it were a VM. They use their old processes. But what’s starting to happen now as they’re consuming more and more containers and trying to get more agility and trying to figure out how to adopt operationally with a container model. That’s why you see orchestration systems like Kubernetes gaining tremendously in popularity and maturity and contributions.”

Moreover, as IBM looks at the enterprise IT space from a cloud perspective, “like many things in cloud we think there’s real value in ‘as-a-service’ delivery of these capabilities, of removing from customers that burden of setting up and managing container systems so they can just focus on building applications,” McGee told The New Stack. “So, what we’re trying to do with the container service is give you all the power of these advanced container orchestration systems, but we’re the ones who set them up and manage them and upgrade them and scale them and integrate them and provide you with all of that as a service so all those distractions are removed.”

IBM’s original container service on Bluemix was different in a couple of respects. One is it was built it two years ago before container orchestration was really a thing. It provided a model where you simply could run a container or a cluster of the same container — IBM took care of running everything and ran it in a multitenant way.

“So, you had a user experience like you get with VMs today,” McGee said. “If you go to a cloud today and you want to run a virtual machine, you don’t start by installing a hypervisor and then running VMs on it. You just run a VM. That’s how we started.”

So, over the last six months, IBM took a step back and said they needed to get onto a community-driven orchestration solution. And as Big Blue had done a lot of analysis and were active in both the Docker and Kubernetes communities, they settled on Kubernetes.

“We feel that the containers market has not picked a winner yet, so I won’t say Kubernetes is the winner,” McGee said. “I think we feel like they have the most momentum. It’s a very good architecture where we’re contributors. I think it has the best representation right now of all of the concepts that you need to really build a meaningful production application with containers. So, we think it’s the best tech.”

IBM also is betting its own services on Kubernetes. The company is building much of the Bluemix stack going forward on Kubernetes, including Watson and other things, McGee said.

IBM kicked off the beta for its Bluemix Container Service in Dallas and will be expanding it to other markets as the company prepares to make it generally available soon.

“It’s fantastic that IBM is progressing open technology by drawing on a major community project — Kubernetes — as the foundation of its new container service,” said Alexis Richardson, technical oversight committee chairman of the Cloud Native Computing Foundation and Weaveworks CEO, in a statement. “Using the flexibility and control of both Kubernetes and Bluemix, we expect to see a greater number of developers accessing and taking advantage of cognitive services and Watson APIs to build apps.”

Darryl K. Taft covers DevOps, software development tools and developer-related issues from his office in the Baltimore area. He has more than 25 years of experience in the business and is always looking for the next scoop. He has worked...
Read more from Darryl K. Taft
SHARE THIS STORY
RELATED STORIES
The Top 4 Threats to Securing Your Cloud Infrastructure Kinsing Malware Targets Kubernetes Entrepreneurship for Engineers: Building for Customers’ Love What LaunchDarkly Learned from 'Eating Its Own Dog Food' Microsoft Makes Azure Load Testing Generally Available
TNS owner Insight Partners is an investor in: The New Stack, Docker.
SHARE THIS STORY
RELATED STORIES
Kinsing Malware Targets Kubernetes Platform Engineering Won’t Kill the DevOps Star Kubernetes App Deployment from the Command Line Kubernetes Needs to Take a Lesson from Portainer on Ease-of-Use 4 Cloud Security Considerations for Financial Services Firms
THE NEW STACK UPDATE A newsletter digest of the week’s most important stories & analyses.
The New stack does not sell your information or share it with unaffiliated third parties. By continuing, you agree to our Terms of Use and Privacy Policy.