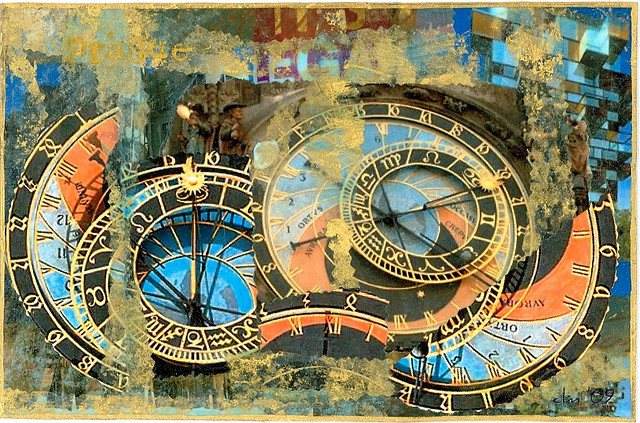 Fifteen years after the first Linux mainframe was released, IBM is making a major push to make the mainframe new again and to more fully embrace Linux.

It’s planning a range announcements this week for LinuxCon in Seattle.

“The demands in particular of mobile, the explosion of transactions and data in mobile and social are driving change, [as are] the need to get insight from all this data with analytics and the cloud model for delivery. Our clients around the world are requiring more capable systems to support their enterprises, especially as security becomes increasingly critical,” said Ross Mauri, IBM general manager for z Systems.

It launched its completely redesigned z13 system in January, which it says can process 2.5 billion transactions per day, the equivalent of 100 Cyber Mondays every day – and perform real-time analytics at the same time to ward off fraud. Mauri said a third of IBM’s mainframe clients are running Linux.

This week it will be unveiling its LinuxOne portfolio based on the z13: the Emperor for large enterprises, which can scale up to 8,000 virtual machines or thousands of containers – the most of any single Linux system, it says; and a smaller version, the Rockhopper, for midsize and emerging markets.

Along with that, it will offer software bundles around mobile, analytics, cloud and DevOps to help customers get started quickly, Mauri said.

It’s also announcing a KVM hypervisor, with SUSE providing initial support. SUSE, which worked with IBM in 1999 on the original Linux mainframe, is launching its Linux Enterprise Server supporting the KVM.

And a new range of partnerships adding new tools and software will give clients more choice and flexibility for hybrid cloud deployments, according to the company.

And it will makes its largest contribution of mainframe code to date to the open community – an estimated 500,000 lines of code.

“We’ve worked on this code for five years and it works very well, but we’re thinking that by opening it up, we can get more ideas about how to get the best out of IT analytics to help systems run better, avoid problems,” Mauri said.

“People are on their phones 24 hours a day. People don’t realize that if they use their phone to check a bank balance, buy an airline ticket — those transactions are all going through a mainframe. If you wake up in the middle of the night and want to check your bank balance, having systems down is simply unacceptable.

“This code is very valuable in keeping systems healthy. … We could see innovations being built on top of it, but also using those innovations back into our mainframes.”

And IBM is creating a series of community clouds for developers. Marist College and Syracuse University’s School of Information Studies will host clouds providing developers and students free access to LinuxOne. It also will provide access to independent software providers (ISVs) at IBM sites in Dallas, Beijing, and Boeblingen, Germany.

And it’s offering new financing options for LinuxOne, including the option to pay monthly, based on usage, with no upfront costs.

IBM maintains that its mainframes are the most secure in the world, despite the criticism most recently aired by security researcher Phil Young at the Security BSides conference in Las Vegas.

Mauri said it’s not that the mainframes are inherently insecure, but that they’re not being properly maintained.

“There are so many security issues these days that enterprises are dealing with, that they’re overwhelmed with their distributed systems and doing patches, that they’re not focused on the backend,” he said. “They’re assuming the backend is secure. And like anything, you need to keep up with your maintenance.

“These open protocols that we all love that have built out the Internet also opened up vulnerabilities.”

He said LinuxOne has a built-in encryption engine so data is encrypted as it’s being operated on. The z13 also has a PCI-compliant card called the Crypto Express card providing full encryption while handling hundreds of millions of transactions per second.

Overall, the company is fighting the image of mainframes as dinosaurs of the computing world, according analytst Rob Enderle, who says the hardware is new and cutting-edge.

“It’s is kind of amazing how we’ve gone full circle. PCs pulled processing power to the end points and the Web pushed it back into the middle where unique servers with mammoth I/O actually have an advantage. Getting buyers to see what’s new and get over the idea that the mainframe is obsolete has been difficult,” he said.

“So IBM is making a major push on Linux in an effort to showcase that you can have what mainframes are good at — I/O, centralized performance, and security — and also get flexibility, choice, and a lot of very different old and new financing options.

“In a way this is a return to the past with a twist, all the stuff people loved in a mainframe and all the stuff they want on current generation super server in one platform. This is a good deal of what IBM is betting on, that they can use a blend of what made them great in the first place with what people want today and create a well differentiated product that is ideal for the connected world of today,” Enderle said.

“It’s ambitious, but anything short of this likely wouldn’t get IBM where they desperately want to go.”

IBM and Red hat are sponsors of The New Stack.

Feature image: “Travel with Kapi – Prague” by Doeki is licensed under CC BY-ND 2.0.