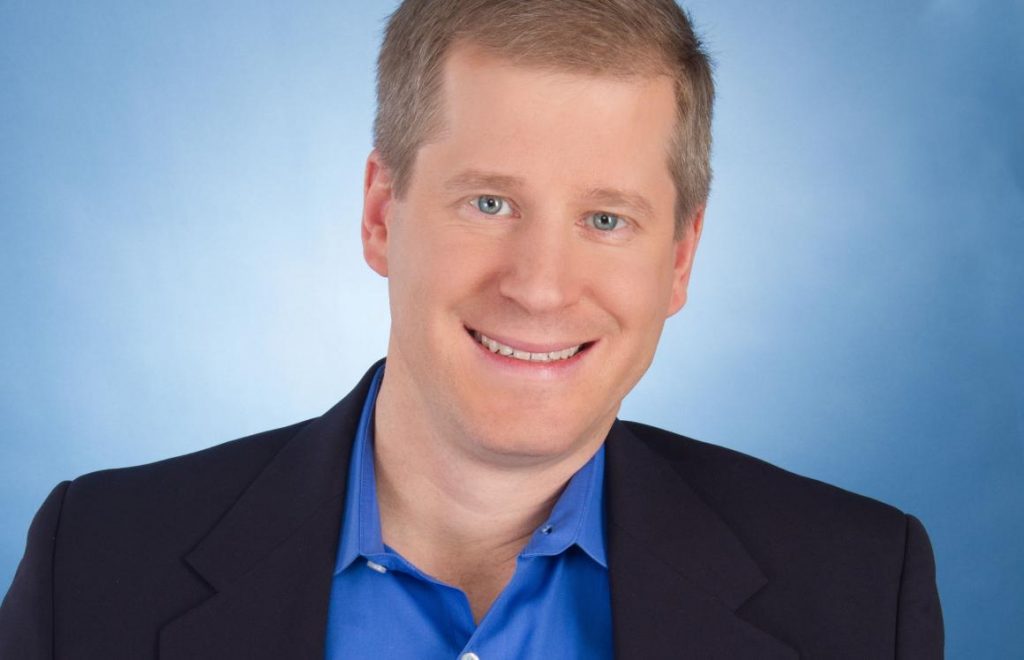 Bryson Koehler is the CTO of IBM Watson, IBM Cloud as well as a general manager and distinguished engineer at the company. His job: unify the many services and offerings that make up IBM’s cloud, including Softlayer, Bluemix and Watson. The goal: make the IBM platform more developer friendly.

We caught up with Koehler in San Francisco, at the Galvanize co-working space where IBM has a Watson workshop and “garage.”

What have you been up to since joining IBM?

When the Weather Company came in [to IBM] it gave us the opportunity to bring a whole bunch of teams together at IBM and create this Watson Cloud Platform. It’s made up of Watson, Bluemix, Softlayer and the The Weather Company. We’ve taken all of our cloud assets and are bringing them together into one. We have to make sure we had the right architectural focus around how we are evolving the IBM cloud.

We have a really unique opportunity, and we’re having a lot of fun with the evolution. We’ve got the momentum of the organizations and the teams. One of the really great things is the momentum of our customers. I wasn’t fully prepared for that, being the new guy.

The number of customer meetings that have gone, “Yeah, we weren’t sure about the cloud, but we’ve made the decision internally and we’re all-in. We’re going to the cloud, how fast can we get there?” The shift of conversation from companies in large enterprises that might have been uncertain before is amazing.

It’s awesome. As a geek, I’d rather have the conversation “How do we get there?” instead of “You need to get to the cloud.” I did not expect the shift of tone. The excitement of the world’s largest companies and their embracement of public cloud as their end state is tremendous.

You have a big job heading IBM’s cloud offerings, especially because Amazon and Microsoft have already run away with the market mindshare and 11-digit revenues. How do you combat that?

There are a million ways to answer this question. First, our revenue through the end of Q1, we were at $14.6 billion. One of the largest pieces of that has been the IaaS and PaaS components. There are various pieces that make that up. We’re very pleased with the growth of the IBM cloud revenue. We’re all eager to grow it faster.

Where are we from a “being taken seriously by the competition,” perspective; I think that’s a fair question. I’ve been attacking in multiple threads. First and foremost, we needed a developer-first mindset. We had work to do to make the IBM cloud easier to use. If I look at Watson when Watson first came out, it was a little difficult to use: it was monolithic. The work we’ve done to take Watson and make it very developer friendly, to bring developer cloud online, make the APIs available, and bring Watson down to be very developer friendly and easy to use: those are the types of things we’re doing.

We’re doing a rebuild of our container service with Kubernetes, and we’ve refocused of our Watson Data Platform to work with Spark. We have been working hard to make sure we recognize that more often, developers and engineers have significant influence in the enterprise buying decisions. We had to evolve how we were going to market from a developer standpoint.

Step one is making sure the developer friendly bit is there. I think that’s something Amazon did very well. We’ve been very focused on making sure we didn’t have those barriers. We’ve done a great job starting to turn this corner.

Over all, I don’t get nervous about any of that. I think we’re very early days. I think 5 percent to 6 percent of the world’s enterprise compute workloads are in the cloud today. If there’s 95 percent addressable market, that’s plenty: That means we’re very early in the ballgame.

Is there some model you feel is the most important in the cloud? Google and Oracle have bet on containers, for example.

There are a lot of choices. There are containers, serverless, I think Terraform has some good ideas. I am still a huge Terraform fan. I think how people want to consume compute and how we make compute easy to access, which is fundamentally what we’re trying to do there, there’s not going to be one thing. We need to continue to evolve. We can’t pick everything. Developers have really hard jobs. Their scope is too big, the budget is too small, and time is too short. That describes the average life of a developer, so everything we do should be making a developer’s job easier, faster, so they can solve the next problem, or maybe have a lunch break.

What of your contributions and work on Kubernetes and Istio?

We are working with Kubernetes. With OpenWhisk I think the evolution will continue. I think we will continue to see both those individual frameworks. We’ll see new evolution as well. We’re big believers in being open. We don’t want to make serverless this closed environment. We’re a big believer in the Apache work on that front. You’re going to continue to see IBM push on the open side of how we expose compute, network and storage as a set of capabilities to engineers.

If you look at Istio from an orchestration standpoint, microservices can be great, but microservices can also be dangerous. It depends on what you’re trying to build, but if you’re trying to build mission-critical highly sensitive workloads, you need to be careful. If you’ve made it too simple if you’ve got teams randomly deploying things, from an enterprise standpoint, how do you manage security, governance, and change management on a global basis?

That’s the piece on microservices where we have to be careful. Serverless is a whole other component of that. I get nervous about if we are actually making it too easy. I think back to the number of times I’ve seen a bunch of Visual Basic scripts on a machine calling an Access database, and now we’re running a company on that. It’s like, “Oh my gosh, how did this evolve?”

Governance from an operations and runtime perspective becomes critical. The real-time load balancing, where do I run stuff, who has access to it: All that makes it easier for teams to deploy stuff. That’s the point of Istio: how do we provide a framework so if I am the CTO of an enterprise with 20000 engineers working across 1000 applications at my financial institution, I have to make sure I maintain some level of governance as to how this comes together.

The Open Container 1.0 Specification was just finished. What do you think of it?

I think OCI is interesting. At the end of the day, there’s a difference between, “How do we build orchestration of what needs to happen to run containers as a service,” and, “I’m going to support Docker.” Just because we’re leveraging Kubernetes doesn’t mean we don’t support other runtimes. We will have Docker for Bluemix very soon. It’s in the works, in development, and in testing.

Open containers are good. I think all of this is very early days, and we’re going to see a lot of ideas get thrown at the wall. I think that’s great.

What’s the most important thing to watch as a developer, operations person, or manager moving to the cloud?

Data. Infrastructure is interesting. I can procure a data center on a credit card. I really think data is the key, because at the end of the day, what the applications of enterprises are trying to build are decision application. How do I help a person or a business make a smarter decision? If I am an airline pilot, how much fuel do I need? If I am a retail clerk, how many skews to stock? How do I continue to improve those decisions? How do I learn from them so next time I make a smarter decision?

All that ties to data. It’s public, private, and licensed data sets working together so a data scientist has the opportunity to do exploration. Leveraging the Watson Cognitive Services actually helps people make smarter decisions. It all comes down to data. If I make data as easy to use as the cloud has made infrastructure, that’s a differentiator. How do I bring the developer and the data scientist together? Our investment on Spark is absolutely focused on this. We believe the data is the critical, foundational building block to cognitive enterprise machine learning and all this decision making we’ve all been chasing.

A 20 year veteran technology journalist, Alex Handy cut his teeth covering the launch of the first iMac. His work has appeared in Wired, the Atlanta Journal Constitution, and The Austin American Statesman. He is also the founder and director...
Read more from Alex Handy
SHARE THIS STORY
RELATED STORIES
Data, Analytics and AI: What Will Happen in 2023 Google Makes Postgres-Compatible AlloyDB Generally Available Data 2023 Outlook: Rethink the Modern Data Stack Coherence Strives to Streamline Cloud Developer Experience AWS Re:Invent Left Attendees with More Questions
TNS owner Insight Partners is an investor in: Docker.
SHARE THIS STORY
RELATED STORIES
Multicloud vs. Hybrid Cloud: Key Comparisons and Differences Build a Churn Detection Train with AI Blueprints Is Low-Code Development Better for the Environment? Coherence Strives to Streamline Cloud Developer Experience Qlik Plans to Acquire Talend. Is it a Data Management Double-Dip?
THE NEW STACK UPDATE A newsletter digest of the week’s most important stories & analyses.
The New stack does not sell your information or share it with unaffiliated third parties. By continuing, you agree to our Terms of Use and Privacy Policy.