Imagining A Future Where We’re All Video Game Characters 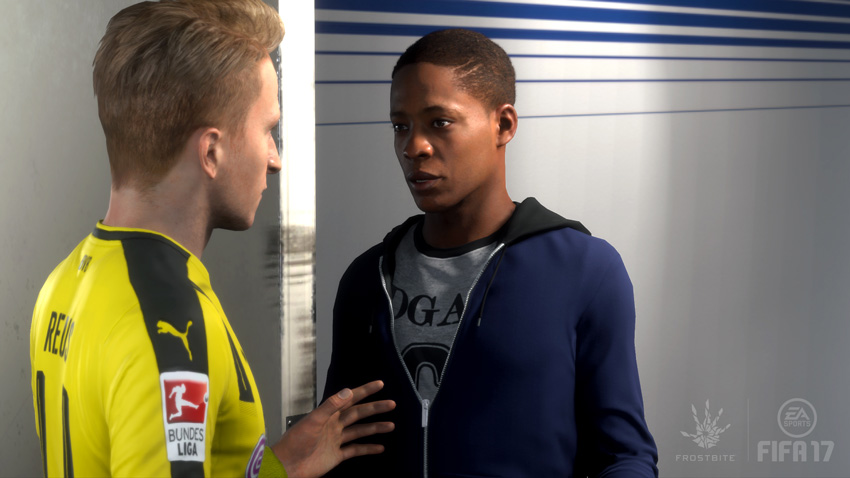 Here’s something to think about while Black Friday shoppers hustle for their door-buster discounts on gaming consoles: One of the world’s largest video game companies predicts a future where your everyday real-world actions also affect your video game characters, while all of humanity gathers together in a virtual world that they’ve built themselves.

This will be the future according to a recent article at The Verge, “Your Life Will Be A Video Game.”

Electronic Arts (EA) is the world’s fourth-largest game company — behind Tencent, Sony, and Microsoft — and over for 34 years they’ve created many popular game franchises, including Madden NFL, the Sims, Medal of Honor, and Plants vs Zombies. “As the years go on … games are only going to become more important to us,” EA CEO Andrew Wilson predicted, adding, “The biggest shift I think we’re going to see is their moving from a discrete experience to an indiscrete experience.”

What he means by that is — well, remember that famous maxim about how the internet will become so ubiquitous it will disappear? That also means a world where we’re always just one step away from a networked game — with an ongoing persistent profile stored somewhere in the cloud. Wilson sees a world “where we [don’t] discern for you where you should play or how you should play, only that every minute of play that you invest in the experiences that we create adds value to who you are in that virtual world.”

Wilson sees a future where games are always at hand, in nearly every moment of your life — just like your cloud-based music services. Hardware will increasingly be irrelevant, and the only real limits will be your screen size and input device, and how much time you have to spend in the virtual world.

“When you’re playing it on your internet-enabled fridge screen while you’re getting the eggs out in the morning, because you’re just doing a few quick trades for Madden Ultimate team, it’s going to take a different format,” he said.

But here’s where it gets really interesting. “Everything accumulates to the value of who you are in that virtual world.” Regardless of which device — or which game — you’re using, “The amount of eggs I have in my internet-enabled fridge might mean my Sims are better off in my game …”

I once heard another version of this idea from Douglas Adams. Just a few weeks before his sudden death in 2001, the author of “The Hitchhiker’s Guide to the Galaxy” laid out his own inspiring vision for our own future for an audience at an embedded systems conference in San Francisco. “We are participating in a 3.5 billion-year program to turn dumb matter into smart matter,” he said passionately, predicting what he described as a “soft earth” — that is, a software model of … everything. Everything on the planet would be represented in this magical simulacrum, using data from networked IoT-style devices.

But for Wilson, this isn’t just a theory about the future. His company is already taking steps towards this massively-multiplayer virtual world of massively networked games overlaid on our boring old reality. Its new Frostbite engine for games already follows a “write once, render anywhere” model — accommodating both a present and a future that’s crammed with a variety of devices. (“There’s literally 30 or 40 or 50 different devices, and we have to be able to build for all devices …”) And the day when they start encroaching on our kitchens, may be closer than you think.

“[T]his world where games and lives start to blend I think really comes into play in the not-too-distant future,” Wilson predicts, “And almost certainly by 2021.”

Your avatar could even inherit some of the stuff of life itself. “We as human beings are the sum total of our experience. That’s what makes us who we are. That’s what gives us our character. We want to replicate that in the virtual space.”

He’s talking about primal drives now — basic human needs like companionship and a sense of belonging, as well as having a place to beat challenges and create things. “We’ll have moved from paintings on a cave wall and throwing bones into a circle to a global community interacting through games in a way that’s truly positive and fulfills social connection and competition and creation and self-esteem and overcoming challenges,” he said.

It’s a little eerie to hear him talk about “this one, existing world where we all play a part,” and realize he’s not talking about planet earth. But will we really someday network all the games together into one giant community? Will there be enough to keep everyone happy in the game-o-sphere? 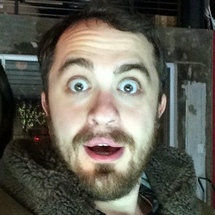 It’s a good time for this kind of speculation. The Verge is celebrating its fifth anniversary with a series of forward-looking interviews with “innovative leaders,” and senior editor Chris Plante took the opportunity to ask about how gaming became “an industry largely of white men.”

But Wilson pushes back. He points to their FIFA soccer title — “We had 19 different nationalities on that team, all [of whom] loved soccer,” and saying the final product “captures the essence of what football means or soccer means to people around the globe. … Things mean different things to people from different places.” In addition, “I think two out of the three biggest games we launched last year were led by really strong, creative women.”

It’s a topic he seems passionate about. “[W]hat is driving us as humanity forward is this real true understanding of who we are as a global community.” And the gaming world is in a remarkable position to ride that wave. “We actually have probably more than any other community the ability to do that at the most profound level. We really want to capture that in our games.”

He says EA is investing in schools “in different ethnic communities” and encouraging girls to start coding, but specifically because it fulfills a creative mission. “[W]hat we have the opportunity to do is capture the true essence of a global community, of a global tribe inside of a virtual space. The only way we do that properly is to truly be representative of that community.”

“Things mean different things to people from different places. That doesn’t mean they love them any less. It just means they look at it through a different lens. We believe it’s really important to capture that. ”

He fully agrees that in-game representations need “to really capture the true nature of the community that’s engaging in that content.” But he sees that happening in EA games, and not because of some hardwired internal policy. “It’s really just the creators inside of our organization saying, ‘Hey, I’m looking at who’s playing our games. We know that they want to look into the games that we make and see people like them so that they can better relate to those games. We want to capture that.’ ”