Improve the Quality of Your APIs with Spectral Linting

Spectral, an open source tool, can help developers create, document and maintain APIs that are easy to use and understand. Here's how to use it.
Jan 20th, 2023 5:00am by Robert Kimani 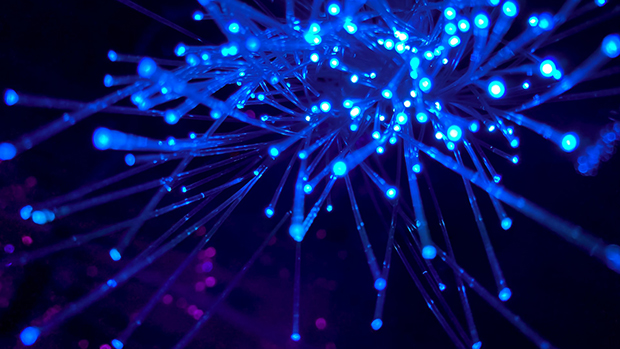 Spectral is an open source linting tool for APIs, specifically those described using the OpenAPI specification (formerly known as Swagger) and API definitions, developed by Stoplight. It is designed to help developers create, document and maintain APIs that are easy to use and understand.

API linting offers a lot of benefits in managing your APIs, such as:

Consistency: Linting can help ensure that your API is consistently formatted and follows a set of established best practices, making it easier for developers to understand and use your API, and reducing the chance of mistakes and misunderstandings.

Maintainability: Linting can help identify potential issues with your API that could make it difficult to maintain in the future. For example, it can detect the use of deprecated or otherwise unsupported features, enabling you to address and fix them before they become a problem.

Reliability: Making sure your API functions optimally is key to its success, and that’s where linting comes in. It can help you identify and fix performance problems, such as improving the response times of your API. In short, linting can ensure the reliability of your API.

Security: Using linting tools, you can detect potential security flaws in your API, such as the absence of authentication and authorization checks. By doing so, you can protect your API and the data it handles from possible risks.

To use Spectral to lint an API, you will need to define a set of rules that the linter should enforce. These rules can be specified in a configuration file or passed as command-line arguments when running the linter.

Once you have your rules configured, you can use Spectral to lint your API by running the linter on the relevant JSON or JSON Schema files, or on the OpenAPI, AsyncAPI or RAML document that defines your API. Spectral will then check the documents against the rules you have defined and report any violations it discovers.

For example, you might use Spectral to ensure that all API responses include a consistent set of headers, or that all API requests include a required parameter. You could also use it to enforce naming conventions or enforce a specific style for your API documentation.

Why Spectral Is Popular for API Linting

Spectral is a popular linting tool for API design due to its customizability, comprehensive set of built-in rules, easy integration and community support. With Spectral, you can write your own custom rules to enforce your own conventions and best practices.

Its built-in rules cover a wide range of best practices, from security and performance to usability. Additionally, Spectral is easy to integrate into your development workflow, making it an ideal choice for CI/CD pipelines, code editors, and integrated development environments (IDEs).

Thanks to the open source nature of the project, you can get help and support from the community if you ever have any questions or issues.

Use Spectral to Lint an API Specification

You can use Spectral to link an API spec from the command line. First, you’ll need to have Spectral installed on your system. You can install Spectral using npm by running the following command:

(Let’s assume you are using npm as your package manager.)

Once Spectral is installed, you can use the spectral lint command to lint your API. The basic syntax for this command is:

In this example, “files” is a list of one or more JSON or JSON Schema files, or OpenAPI or AsyncAPI or RAML documents, that you want to lint.

Once you have fixed any linting errors, you will need to re-run Spectral to verify that your API definition passes the linting process. This process should be repeated until the linting process passes without any errors or warnings.

To ensure that your API definition meets the standards specified by Spectral, you may need to edit the API definition file accordingly. For more information on the available options and the Spectral lint command, please refer to the Spectral documentation.

Level up Your Event-Oriented APIs

In the context of event-oriented APIs, Spectral linting can be used to ensure that the API is designed in a way that makes it easy for developers to create, consume and process events. This might involve establishing guidelines for how events should be named, structured and documented, and how the API should handle them.

Some examples of rules that might be used in Spectral linting for event-oriented APIs include:

Spectral comes with two rulesets: OpenAPI and AsyncAPI. But you can customize and create a ruleset that fits your project or organization. This can help you and your team create better APIs, as well as improve API design and API development processes.

There are several built-in rulesets that you can use with Spectral, or you can create your own custom ruleset by defining a set of rules using the Spectral rule syntax. Here are some examples of oas “OpenAPI specification” built-in Spectral rulesets:

oas2-recommended: This ruleset includes a set of recommended best practices for designing and documenting APIs using the OpenAPI 2.0 specification.

oas3-recommended: This ruleset includes a set of recommended best practices for designing and documenting APIs using the OpenAPI 3.0 specification.

oas3-security: This ruleset includes a set of rules for validating the security definitions and security requirements of an API defined using the OpenAPI 3.0 specification.

oas3-parameters: This ruleset includes a set of rules for validating the parameters of an API defined using the OpenAPI 3.0 specification.

To use a Spectral ruleset, you can specify it as an option when running Spectral. For example:

You can also combine multiple rulesets by specifying them as a comma-separated list. For example:

You can also include your custom ruleset as part of a larger ruleset by using the extends field. For example:

It’s also possible to create custom rulesets in Spectral linting by defining a set of rules in a separate configuration file and then including that file in the main Spectral configuration file. This can be useful if you have a large number of rules and want to organize them into separate files for easier management.

Detecting Errors in a CI/CD Workflow

To make the linting process more efficient, you can integrate Spectral into your workflow by running it automatically as part of your build process or continuous integration pipeline.

For example, in a Jenkins pipeline, you could use the “error” step to fail the build if there are linting errors.

Overall, the approach to fail a Spectral linting check in a CI/CD pipeline will depend on the tools and plugins available to you, but the key is to find a way to check the exit code and fail the build if necessary. This way, you can ensure your OpenAPI specification is always up to standards before it is deployed.

Organization-level rule sets in Spectral provide a way to define and share linting rules across multiple API projects within an organization. By creating a configuration file with the rules key, you can specify which rules should be enabled or disabled.

It is also possible to use the extends key to specify a base rule set, and then override specific rules in that set using the rules key. This makes it easier to maintain consistency in linting rules across an organization, ensuring that all API projects adhere to the same standards.

For example, the following configuration file defines an organization-level rule set that extends the OAS3 rule set and disables the operation-tags-alphabetical rule:

Once you have defined your organization-level rule set, you can share it with your team members by providing them with a copy of the configuration file or by storing it in a central location that is accessible to everyone.

To use the organization-level rule set, team members can specify it as the base rule set when linting their API projects. For example, they could add the following to their project-level Spectral configuration file:

The Benefits of API Linting for Design, Governance

Improve documentation quality. By linting your API documentation, you can ensure that it is accurate, complete, and up-to-date.

Spectral is an essential tool for any API developer, as it helps to ensure that the API is secure and reliable and that the data it handles is of high quality. It is also very easy to use and can be used to quickly identify any potential problems with the API. Additionally, it can be used to generate client code and to test the API manually to make sure that it behaves as expected.

Overall, Spectral linting is an invaluable tool for any developer looking to create an OpenAPI document that is secure, of high quality, and reliable. It is an important part of the process of creating and maintaining an OpenAPI document and will help to ensure that the API is a success. 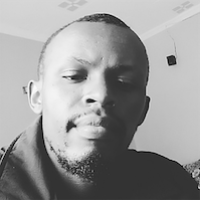 Robert is a systems engineer and open source advocate who loves sharing knowledge. He believes in helping others and is compassionate about giving back to the community. When he’s not geeking with Linux he likes hiking, mountain biking, and exploring...
Read more from Robert Kimani
SHARE THIS STORY
RELATED STORIES
5 Ways to Improve Your Web Application and API Security Six Signs You’ve Got an API Sprawl Problem Crossplane: A Package-Based Approach to Platform Building Twitter Leak Shows How Important API Security Remains in 2023 5 Software Security Goals All CTOs Should Prioritize
Image by JJ Ying via Unsplash.
SHARE THIS STORY
RELATED STORIES
What TNS Readers Want in 2023: More DevOps, API Coverage Not All Superheroes Monitor APIs. Here Is Why They Should Here’s How to Tame Your API Sprawl — and Why You Should State of the API: Monetizing API Deployment Is on the Rise How to Build an API-Centric Digital Architecture
THE NEW STACK UPDATE A newsletter digest of the week’s most important stories & analyses.
The New stack does not sell your information or share it with unaffiliated third parties. By continuing, you agree to our Terms of Use and Privacy Policy.