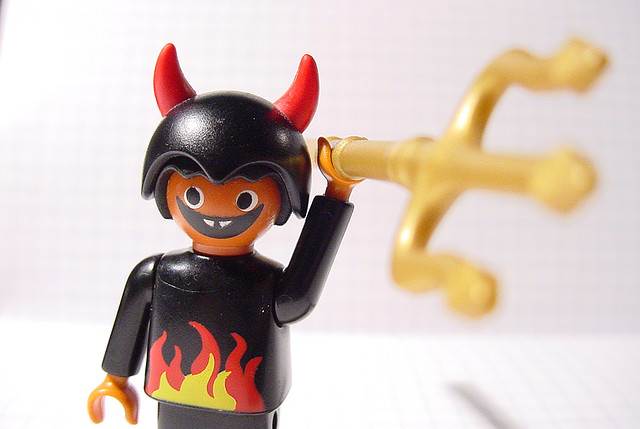 In case you missed it, late last week Amazon Web Services rolled out a new tool that lets IT admins manage AWS deployments from within the VMware vCenter management tool. It was seen as a bold move by AWS to try to entice long-time VMware shops to use AWS instead of a VMware-compatible cloud.

VMware responded with a blog post last night and in it, lays out the Devil’s bargain that most IT shops face when considering a move to the public cloud. They can either spend more to juggle multiple cloud services or use a sub-par cloud offering. At the heart of the problem is the lack of interoperability that continues to plague cloud users, despite the best efforts of VMware, Amazon, the OpenStack community and others to create a de facto standard.

Chris Wolf, VMware’s CTO, makes a lot of valid points in the blog post. He says that the new AWS tool takes care of the easy parts of transitioning a workload to AWS but doesn’t help with the hard and expensive functions. “Rebuilding the management infrastructure is anything but ‘easy’,” he wrote.  For instance, users of the AWS tool still can’t use existing software licenses, automate and orchestrate across public and private clouds, or enforce policy governance across clouds, he wrote.

VMware shops moving to the public cloud would do better to stick with VMware technologies, which are used both by VMware’s own public cloud as well as third-party public cloud providers, he argues. “Our approach is to give you choice of a de-facto standard that is supported by thousands of cloud providers, outsourcers, partners, end user organizations, and ecosystem vendors world-wide,” he wrote.

What Wolf doesn’t address is what kind of service you’re getting when you choose a public cloud vendor. He wrote that he talks to customers who complain about being unable to move workloads from one provider to the next, not for technical reasons but because of cost. “It’s always a matter of the migration costs outweighing the benefits,” he wrote.

I’d say he’s ignoring many other cases or for some reason is only hearing from a subset of users.

In fact, in some cases the benefit of the advanced functionality and lower cost at a provider like AWS far outweighs the costs involved with migrating workloads from a VMware environment to AWS. Sticking with VMware-based clouds might save on management costs, but it might hurt a company that’s not able to develop the best apps because of lack of capability in the VMware-based cloud offerings.

VMware lacks clear plans for offering value-added services, Gartner wrote. VMware’s own public cloud service now competes with former partners that used its technology to offer services – none of which has reached notable scale. VMware faces the same technical and some of the same business problems that held back those providers, Gartner said.

By comparison, Gartner has this to say about AWS: “It is a thought leader; it is extraordinarily innovative, exceptionally agile, and very responsive to the market. It has the richest array of IaaS features and PaaS-like capabilities, and continues to rapidly expand its service offerings. It is the provider most commonly chosen for strategic adoption.”

Most of the criticism that Gartner has for AWS is around pricing – it can be confusing and customers need to pay for enterprise support.

VMware’s argument loses some oomph when you stop to consider the actual cloud service you get. Sure, management is a big issue and can cost a lot. But that’s a moot point if you can’t deliver the app you need to make your business succeed.