In its Transition to a Service Company, Rackspace Embraces Azure 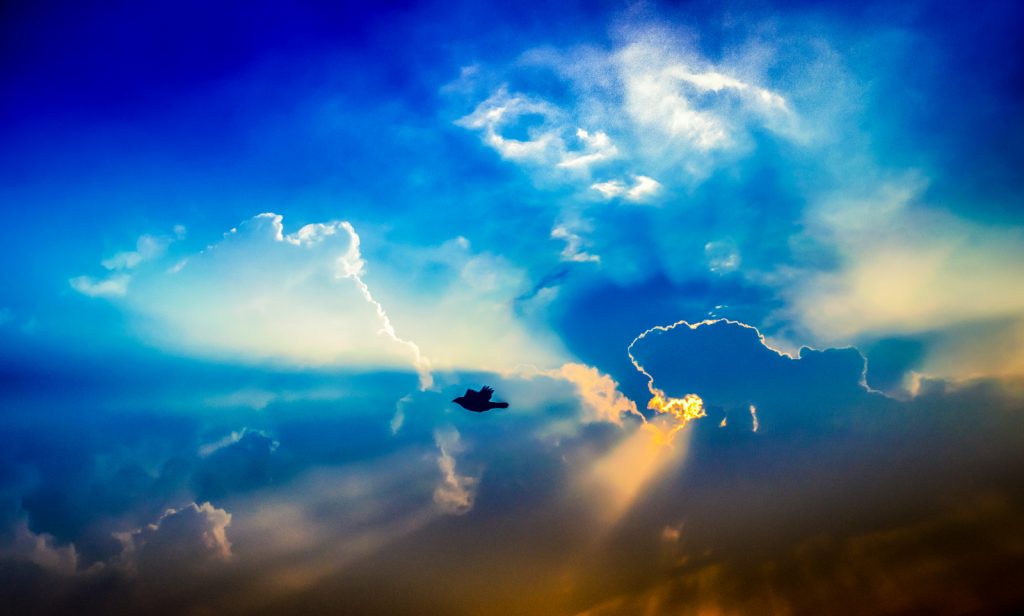 The company whose technological genius was actually sought after by NASA to bring to fruition the concept we now call “the cloud,” may now be undergoing the most painful period of its transition. In an effort to sustain its position as a leader in the managed cloud space, on Monday, Rackspace announced it is opening up cloud management services for another provider’s cloud: in this case, Azure.

“Today is the next exciting step forward for Rackspace with Microsoft, and I couldn’t be more proud to introduce Rackspace Fanatical Support for Microsoft Azure,” said Rackspace President and CEO Taylor Rhodes, in a public announcement at Microsoft’s Worldwide Partner Conference in Orlando. 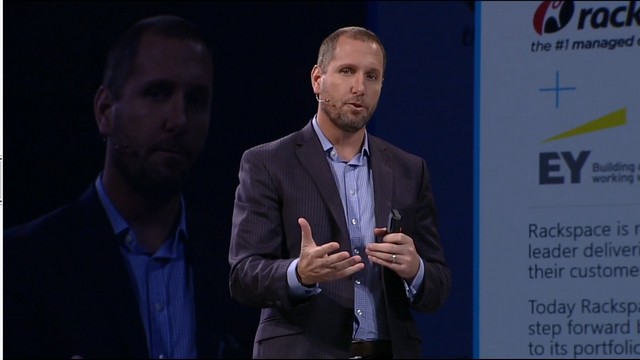 “We have hundreds of Microsoft Certified Professionals on our team,” Rhodes continued, “and now they can help customers who want to help leverage the power of Azure to architect their applications the right way from the start, to deploy to the platform much faster than they usually can on their own.”

Turning to Microsoft Executive VP Scott Guthrie, Rhodes then added, “Importantly, you will keep evolving your product, so we’ll keep up with your releases and help, so that they use Azure to its full potential, so they get full value. And oftentimes, we have found with our customers that we can do it more cost-effectively for them than they may be able to do it themselves.”

Rackspace’s premium value proposition has always been leveraged around its highly personal support. But in the early days of cloud computing, that support was just one of a few factors differentiating Rackspace from competitors like Amazon, Azure and Google Cloud, who had managed to effectively commoditize the cloud infrastructure market by competing mainly on price.

Last May, in its latest 10-Q filing with the Securities and Exchange Commission, Rackspace acknowledged that the only way it sees fit to compete in the managed cloud space is to concentrate on providing the management aspect, rather than the cloud aspect. It’s a very hard choice for a company that truly did pioneer cloud computing.

“We believe that the managed cloud segment of the cloud computing market is a large market that represents a significant opportunity,” reads Rackspace’s last 10-Q. “We see a high level of interest building from companies who want to focus their scarce engineering assets on their core business and want a trusted partner to manage their cloud. They want Fanatical Support every step of the way and they want specialized expertise in running the ever-expanding set of technologies that are at the heart of cloud scale applications.”

The 10-Q went on to further separate what Rackspace characterized as the lucrative side of the cloud business from “unmanaged, commodity cloud computing,” led by service providers “who provide access to raw cloud infrastructure and then expect customers to do everything required to operate that infrastructure, as well as the many complex tools and applications that run on top of it.” Declining infrastructure prices, the company said, have sparked a proliferation of difficult management tools that require the level of expertise that customers are willing to pay a premium for to have managed.

It may not be quite as bad as that day in 1997 when Steve Jobs introduced Apple’s latest investor, only to watch his audience jeer the looming face of Bill Gates. Three years ago, Microsoft gave Rackspace an award for its hosting of Exchange services. Last year, Rackspace added support for managed services using the customer’s choice of Microsoft’s Hyper-V or VMware’s ESX hypervisors, in addition to the OpenStack platform that Rackspace helped invent.

“So this is a natural evolution of our relationship,” said Rackspace’s Taylor Rhodes Monday. “It follows the journey our customers are on through the cloud today. I think the world is over wondering whether it’s going to be a hybrid cloud world, and it is. Our customers are starting from inside their own data centers and moving toward the cloud, and most of our customers will be hybrid cloud users. So they will value the breadth of the Microsoft portfolio, and our expertise in helping them build public, private, and hybrid cloud infrastructures for them.” 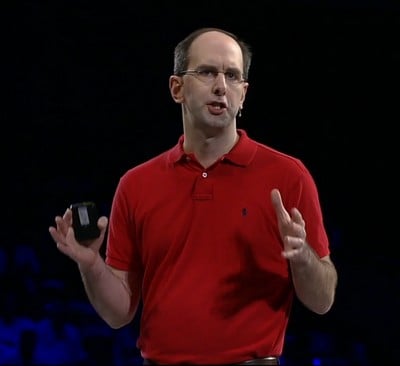 Just three-and-a-half years ago, the relevance of Azure against strong competition from Rackspace was being seriously called into question, including by this reporter. Since that time, Microsoft’s changing of the guard with new CEO Satya Nadella, and the ascent of two exceptionally shrewd programmers, Scott Guthrie and Mark Russinovich, to the role of Azure chief and Azure CTO, respectively, eliminated all obstacles impeding Microsoft from forging a seemingly permanent stronghold in cloud services, including raw infrastructure.

In a situation that was once unthinkable, Azure is now a leading provider of Linux-based virtual machines, along with the web-based services for maintaining them. Microsoft took all the steps it needed, including the very difficult ones, to make Azure into its most lucrative brand today — arguably more so than Windows. Now, Rackspace is in the position of having to take similarly painful steps, which will also include the shaking of hands in venues where folks would have expected arm wrestling.

But maybe the arm wrestling isn’t over just yet. Microsoft’s Guthrie followed up Rhodes’ announcement by telling other company partners in attendance that Azure will also be opened up for them to compete against Rackspace in providing managed support options for Azure.

Feature image: “Fly into new horizons!” by Sunny_mjx is licensed under CC BY 2.0.

Scott M. Fulton III leads the developer content team at Neo4j, and before this, was a 37-year veteran producer and editor, including for The New Stack, where he created the Context podcast. He produced the Scale blog for ZDNet, was...
Read more from Scott M. Fulton III
SHARE THIS STORY
RELATED STORIES
Kubernetes App Deployment from the Command Line Kubernetes Needs to Take a Lesson from Portainer on Ease-of-Use What TNS Readers Want in 2023: More DevOps, API Coverage Choosing the Right Container Native Storage for AWS Public Cloud What Is the Docker .env File and How Do You Use It?
SHARE THIS STORY
RELATED STORIES
How Platform Teams Can Align Stakeholders Crossplane: What Most People Get Wrong (and How to Get It Right) I Need to Talk to You about Kubernetes GitOps Choosing the Right Container Native Storage for AWS Public Cloud 4 Cloud Security Considerations for Financial Services Firms
THE NEW STACK UPDATE A newsletter digest of the week’s most important stories & analyses.
The New stack does not sell your information or share it with unaffiliated third parties. By continuing, you agree to our Terms of Use and Privacy Policy.