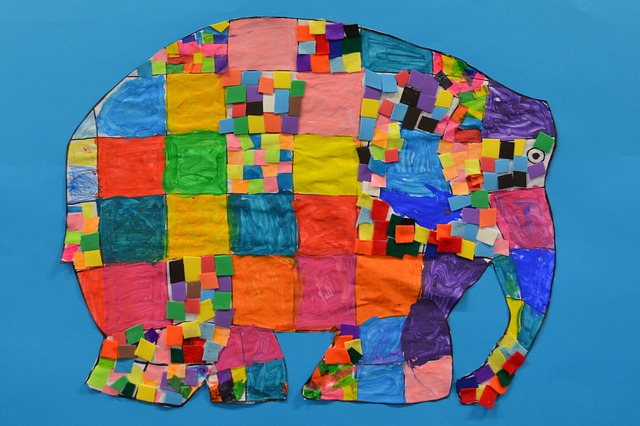 “I cannot tell you,” said Christina Noren, Chief Product Officer at Interana, “how amazing it is to go to work every day and just do my job. Not have to hassle with all the dancing I used to have to do to manage working in a sexist environment just to get my job done.”

I was intrigued by Noren’s unique work experience and started wondering, is there anyone besides Interana getting it right, when it comes to establishing a non-sexist exclusionary work environment? What was it like to work at one of those companies? And, most importantly, what exactly are they doing that other companies could learn from?

This is Part Three of a three-part series on Inclusion Done Right. Part One talked about the experience of employees, from engineers to CEOs, of working at a company where inclusion is part of the culture. Part Two discussed the specific actions the companies take to create a feeling of inclusion. This part will discuss the hiring process, and how to hire not just for diversity, but for inclusion.

Aubrey Blanche, Atlassian global head of diversity and inclusion at Atlassian defines the distinction between the two. “Diversity is getting an invite to the party, inclusion is being glad to be there.”

The common thread is that they’ve figured out this diversity thing. Employees feel empowered. Like they don’t sexism as a fact of everyday life. Like they can just do their job. Rachel Obstler, PagerDuty vice president of product noted, “It’s one thing to talk about diversity, it’s another to put it in action.”

All of the people I interviewed agreed that inclusion starts with hiring. But it’s not that simple. According to the latest StackOverflow report, 41 percent of self-identified females have three or fewer years of experience.

“I’d hire more women if I got more resumes from them,” bemoaned a friend at a party last week. Where do you find qualified women in technology (WIT) and under-represented minority (UMP) populations? How do you interview men for inclusion? What have companies put in place to keep a pipeline going?

So just how do you get the party started?

Start with the Ads

Why aren’t you getting any resumes from women engineers? It could start with your job posting. Most job listings have what Brad McLain, research scientist and the National Center for Women and Information Technology (NCWIT) calls “implicit bias,” meaning that the words signal that you’re only looking for male engineers.

Speaking at last year’s OpenStack Summit, McLain told how NCWIT launched a search for a new CEO. McLain took the ad written by the board and ran it through software testing it for implicit bias. He explained to the board members that the ad, as written, would only receive male applicants because of the language. So it’s not just you.

Some changes are simple. Examples from NCWIT’s Tips on Writing Better Job Ads include avoiding pronouns, phrases like “best of the best,” “off the charts,” “world-class,” or “unparalleled and listing ” Do you list “perks” about your workplace environment that might subtly indicate this is a male-dominated environment (e.g., free beer, foosball friendly).

Hiring is a big part of it, said Issac Schlueter, CEO and founder of npm. “We remove as much systemic and implicit bias as we can when we hire people.” They use Lever (“modern recruiting software”) to check job postings to highlight bias. He called it “extremely helpful.”

Who you choose to perform interviews reflect the public face of your company.

“When I started at PagerDuty,” said developer Zayna Shahzad, “I saw that it the company was diverse by the people that interacted with me and who I interacted with. Both recruiter and hiring manager were non-white women, came from a background of non-traditional. It was visual.”

Tamara Reyda, a software engineer for Interana, agreed. “Lots of tech companies like to talk about improving diversity and being more inclusive, but you don’t see that reflected in their actions or their culture. When I first came to Interana, I met the female CEO and interviewed with a black engineer. Actions spoke louder than words.”

There are people, who, for whatever reason cannot work effectively with women, admitted Ann Johnson, CEO and co-founder of Interana. It is important to make the distinction between things that people can improve on with education — like better understanding of diversity — and things that are deeply held beliefs, which are not going to change. she explained.

A first line of defense is to avoid hiring or investing in the people who are not going to change. She recommends using specific interview questions and reference checks. Also, she said, some of these biases don’t show up with a male interviewer, so be sure to include at least one woman in the interview loop.

So the right people are out there. But it starts with a commitment that it is part of the company’s senior management to devote time to finding them.

As an example, she told me about a recent job interview when she had trouble feeling a connection with the candidate. His resume was a great fit and his other interview feedback was positive, but something was off. She scheduled another meeting with him just to chat, to see if they could connect on a non-interview day. She asked him why he wanted to work at Interana. He answered, “Because I like your eyes and the way you purse your lips makes me want to help you.”

“Now, I didn’t want to believe he really meant that, so in my mind, I made excuses for him,” Johnson said. But the meeting troubled her. It wasn’t until about an hour later that she was able to even pick out the phrase that was bothering her. She ran it by a male colleague.

“He looked at me crossways and said that I would be crazy to hire this guy,” she said.

Still not wanting to believe the interviewee could be that tone deaf, she contacted him for some female references. Sure enough, the woman on the first call was oddly silent. Johnson pressed her, asking the very specific questions “did you enjoy working with him?” and “did he ever treat you differently as a woman?” The truth spilled out. In the end, Johnson said, the reference “recommended that I run away.”

Since that experience, she’s started asking potential management candidates to tell her about a time when they’ve worked with a woman who is smarter than they are. “Besides being a good tell, I also get to hear great stories,” she says.

It’s challenging to get it right, Schlueter acknowledged. npm is a small company dealing with the financial realities, and the executive team balances spending time for in-depth job searches with getting people on board. They do look for diversity. “What can this candidate add to our culture that might not otherwise be represented?” he asked.

The last piece of the puzzle is where do you find women and minorities? It’s not like there are thousands of qualified engineers floating around waiting to be hired, right? There are a lot more than you think, if you know where to look and are willing to put in the effort.

Both Atlassian and PagerDuty have put significant attention and resources into hiring a diverse workforce at scale.

Blanche said Atlassian overhauled their recruiting tactics for college graduates with an eye for inclusion. In 2012, ten percent of the tech roles went to women; the 2014 and 2015 tech classes were 46 percent and 47 percent. Last year’s class is 57 percent women.

It doesn’t stop there. Dom Price explained they start new engineer training with empathy. Last year the 84 engineers hired right out of college went through product management and design courses. “If you don’t understand what a project manager does, or how simple design works, then you’re going to spend your career writing awesome code that no one uses,” Price said.

“By the way,” said Blanche, “the most diverse was also the strongest in terms of performance rating over the last year.”

Atlassian also works closely with Code 2040, a non-profit that “creates access, awareness, and opportunities for top Black and Latinx engineering talent to ensure their leadership in the innovation economy, and Women Who Code, a global non-profit “with a set of programs for engineers to help build the careers we want.” By partnering with these organizations, they can find women and under-represented minorities to add to their interview pools.

“You do have to be proactive,” said Rachel Obstler. “It’s one thing to say we want to hire more women, it’s another to figure out where you can get good candidates from.”

PagerDuty’s certainly taken a multi-prong approach, reaching out to more and more groups focused on STEM (science technology, engineering and mathematics). It has partnered with the code school Hackbright Academy, a group that does training for women who want to go into engineering. The company also holds female engineering meetups, sponsors GirlGeek Dinners, and partners with the non-profits Girls in Tech, and Women 2.0.

PagerDuty CEO Jennifer Tejada speaks on diversity and inclusion whenever she has the chance, recently gave a talk to Yelp’s diversity team about experiences of being a woman in tech. She feels that the more exposure PagerDuty gets with women and minorities, the larger their pipeline becomes.

So the right people are out there. But it starts with a commitment that it is part of the company’s senior management to devote time to finding them.

At GitHub Universe 2016, the second-day keynote was turned over to their non-profit partners in hiring for diversity: TransHack, which works with non-gender-conforming developers, Operation Code, which supports veterans learning to code, and Black Girls Code.

NCWIT offers more resources as well, including tips on recruiting, retaining, and advancing the diverse technical workforce and a toolkit to help start-ups in the hiring process.

TC Currie is a journalist, writer, data geek, poet, body positive activist and occasional lingerie model. After spending 25 years in software development working with data movement and accessibility, she wrote her first novel during National Novel Writing Month and...
Read more from TC Currie
SHARE THIS STORY
RELATED STORIES
How Bad Are System Failures and Security Incidents? Wasm for the Frontend: A Look at Developer Use Cases End-to-End Test Troubleshooting Watch Out, Attackers Have Their Heads in Your Cloud! How Platform Engineering Can Improve DevOps Collaboration
SHARE THIS STORY
RELATED STORIES
Turbocharging Host Workloads with Calico eBPF and XDP WebAssembly vs. JavaScript: Security, Speed, Flexibility Internal Developer Platforms Are for DevOps too Is the Answer to Your Data Science Needs Inside Your IT Team?  How Bad Are System Failures and Security Incidents?
THE NEW STACK UPDATE A newsletter digest of the week’s most important stories & analyses.
The New stack does not sell your information or share it with unaffiliated third parties. By continuing, you agree to our Terms of Use and Privacy Policy.