Infura has announced a partnership with the NEAR Protocol, which operates on a Layer 1 proof-of-stake (PoS) blockchain called Nightshade.
May 26th, 2022 7:59am by Jake Ludington 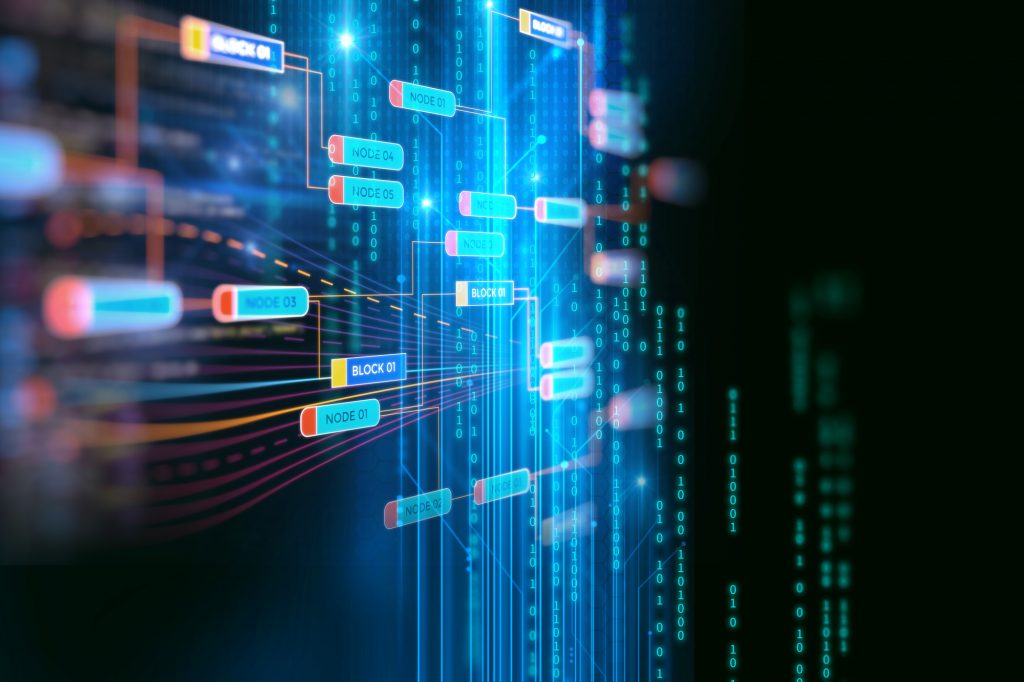 Featured Image from Deposit Photos 148537285 by monsit
TNS Annual Reader Survey
We need your input! Take 5 minutes to chime in and help guide our coverage.
Begin the survey

If you’ve looked into building decentralized applications (dApps) in the Ethereum ecosystem, you’ve likely seen Infura pop up in your research. It’s among the largest providers of infrastructure and tools for developing on the Ethereum blockchain. This week Consensys, Infura’s parent company, announced a partnership with the NEAR Protocol, which operates on a Layer 1 proof-of-stake (PoS) blockchain called Nightshade.

This move is Infura’s second expansion outside of Ethereum Virtual Machine (EVM) compatible technologies, following the integration of Filecoin in 2020. NEAR Protocol has the advantage of being able to achieve higher transaction throughput than Ethereum’s current proof-of-work design, which translates to lower transaction costs for developers and users, and also results in a lower energy footprint.

Given Infura’s activity in the EVM space, I was curious why they opted to expand support to other blockchains. In an interview with The New Stack, E.G. Galano, co-founder of Infura, explained that “the NEAR team has been a participant in the Ethereum developer community since very early on.”

NEAR has “worked to understand developer’s problems and aimed to minimize the friction needed for Ethereum developers to work within the NEAR ecosystem,” said Galano. “Two of their innovations, the Rainbow Bridge to transfer assets between Ethereum and NEAR, and the Aurora network (an Ethereum VM compatibility layer powered by NEAR) allow developers to target NEAR as a deployment network with much less work and friction.”

NEAR Brings Rust to Infura

For developers, one key appeal of deploying to NEAR instead of Ethereum is support for writing smart contracts in Rust. Given the growing popularity of Rust as a high performance solution for web applications generally, this removes the barrier of needing to learn Solidity or find a Solidity developer to handle the smart contracts used in your dApp. Galano also said, “The other appealing trait is the fast confirmation time. Blocks on NEAR are created approximately every second, which means faster transaction confirmations, which improves the end-user experience.”

NEAR also invests fairly heavily in training materials, with a rich education portal to get you started in building apps — including a developer certification program, APIs, and transition materials for helping both web developers and Ethereum developers learn the NEAR Protocol. Galano indicated that Infura is further adding to this corpus of resources, with an expanded knowledge base and tutorials for the over 400,000 developers already engaging with Infura in some capacity.

Bridging between Ethereum and NEAR

As mentioned earlier in this article, one of the attractions for Infura in this new relationship is NEAR’s Rainbow bridge technology. Rainbow allows for staking assets to bridge between Ethereum and NEAR. If you were bridging from Ethereum to NEAR, for instance, a staking relayer would watch the NEAR blockchain, wait for a blockheader that is signed by all NEAR validators, and then publish that signed blockhead to the bridge contract. Effectively this allows for a dApp to exist on the Ethereum blockchain, but leverage the efficiency of the NEAR blockchain for transactions.

Bridges have been a common attack vector for bad actors attempting to extract tokens from blockchains. From a security perspective, Galano explains, “The Rainbow Bridge is considered an Optimistic Bridge which is secured by fraud-proofs. One important aspect of bridge security is the continuous attention and investment the team makes in bridge security. The NEAR and Aurora teams put together an excellent bug bounty program which pays out up to $6M USD for critical bounties found affecting the Rainbow Bridge.”

🧵 on the Rainbow Bridge attack today.
TL;DR: attack was stopped automatically, no bridged funds lost, attacker lost some money, bridge architecture was designed to resist such attacks, additional measures to be taken to ensure the cost of an attack attempt is increased

In general, this seems like a win for developers already leveraging Infura’s tools and infrastructure. It presents an opportunity to build out scalable applications that still fully integrate back to existing Ethereum dApps. It also presents a new opportunity for developers familiar with Rust to onboard quickly and start building in Web3 from a familiar foundation.

SHARE THIS STORY
RELATED STORIES
Entrepreneurship for Engineers: Painkiller or Vitamin?  Chronosphere Nudges Observability Standards Toward Maturity Low-Code Tools Improve Devs' Work-Life Balance, Survey Finds Latest Enhancements to HashiCorp Terraform and Terraform Cloud Application Storage Is Complex. Can Automation Simplify It?
SHARE THIS STORY
RELATED STORIES
KubeCon: 14,000 More Engineers Have Their GitOps Basics Down Application Storage Is Complex. Can Automation Simplify It? Spotify's Backstage: A Strategic Guide Is VMware’s Carvel Donation Just Another CNCF Sandbox? Struggling with IT Staff Leaving? Try Infrastructure as Code
THE NEW STACK UPDATE A newsletter digest of the week’s most important stories & analyses.
The New stack does not sell your information or share it with unaffiliated third parties. By continuing, you agree to our Terms of Use and Privacy Policy.