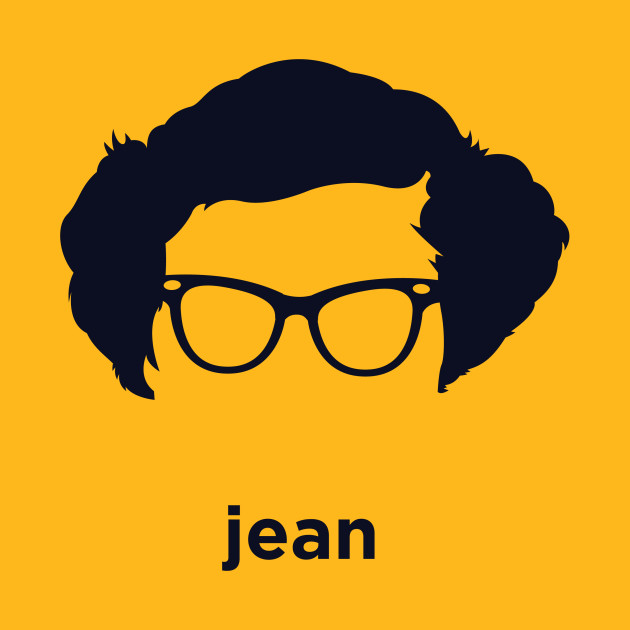 We are seeing a new round of appreciations for Jean E. Sammet, the computer programmer who developed the FORMAC programming language and was also a key member of the group that invented COBOL. She turns 89 next month.

It turns out that one of her fans is actress Gillian Jacobs, whom you may have seen on the NBC sitcom “Community” for six seasons or in the Netflix series “Love.” Two years ago Jacobs also directed a documentary about Grace Hopper, which is how she became a fan of Sammet. 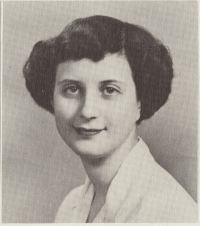 This month Jacobs finally got to interview her hero for Glamour magazine. In the interview, Sammet reveals that by the age of seven she’d already become interested in math, and right after college trained to be an actuary (or “dividend technician”) for Metropolitan Life. “I was looking in the New York Times for jobs for women — when I tell younger people that the want ads were once separated by gender, they’re shocked — and actuary was one of the few listed that wasn’t housekeeping or nursing, so I went.”

But soon Sammet was working at Sperry Corporation, a long-standing electronics company that was first founded in Brooklyn in 1910. (Parts of Sperry still exist today, now absorbed into Unisys and Honeywell). “Everything from there, for quite a while, was self-learned,” she told Glamour. “There were no books, courses, or conferences that I was aware of.” And she remembers her first reaction when her supervisor asked if she’d like to become a programmer.

Within five years she’d become the section head of MOBIDIC Programming at Sylvania Electric Products, and while there also served as the chairman of the Statement Language Task Group and the Editing Committee on the group which developed the COBOL programming language in 1959. During this period she also taught one of America’s first graduate-level computer programming courses at Adelphi College from 1956 to 1958, according to a web page about her IEEE “Computer Pioneer award” in 2009.

“At that point — and this is my opinion; I know other people my age don’t agree — there was relatively little discrimination against women,” Sammet told Glamour, “because programmers were very scarce. And so it didn’t matter whether you had three heads.”

Eventually, she started simply applying for jobs listed in the men’s section of the newspaper. And by 1961 Sammet had joined IBM “to organize and manage the Boston Programming Center in the IBM Data Systems Division to do advanced development work in programming,” explained her “Computer Pioneers” page on an IEEE site for computer history. There she created FORMAC (FORmula MAnipulation Compiler), a FORTRAN-based system for performing algebraic computations. She would stay at IBM for 27 years. 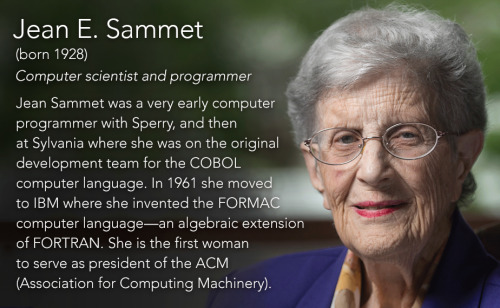 FORMAC wasn’t the end of Sammet’s involvement with coding. Her 1969 book “Programming Languages: History and Fundamentals” has been described as a standard work on programming languages, and includes this thought-provoking observation: “I do not consider an assembly language (even a sophisticated one) to be a programming language.”

Through the years Sammet also gave lectures on programming languages within IBM and published over 50 papers. And to this day, according to the IEEE, her “voluminous” files on the history of programming languages “have been characterized by two museums as the best in the world for that subject.”

” From childhood on I hated to throw papers away,” Sammet remembered. The Computer History Museum quotes her as saying that “As I became an adult this characteristic merged with my interest in computing history. As a result, I created important files and documents of my own and became concerned with having other people publish material on their important work so the facts (rather that the myths) would be known publicly.”

During her career, Sammet was also active in the Association for Computing Machinery, and in 1974 became the group’s first female president.

When Jacobs finally caught up with Sammet at her retirement community in Silver Spring, Maryland. Asked what it was like to follow so much productivity with retirement, Sammet replied “The first few years were harder, but I have plenty to do here.

“I served for three years as president of the Computer Club!”

SHARE THIS STORY
RELATED STORIES
Snack Stack: Turning Winter Comfort Food up to 11 Golden Paths Start with a Shift Left Why 'Explainable AI' Can Benefit Business 2022 in Review: AI, IT Armies, and Poems about Food Entrepreneurship for Engineers: Building for Customers’ Love
SHARE THIS STORY
RELATED STORIES
Platform Engineering Won’t Kill the DevOps Star Java's James Gosling on Fame, Freedom, Failure Modes and Fun How Jit Builds a Platform Engineering Mindset in the Cloud How We Manage Incident Response at Honeycomb Wellspring of Creativity: Why Public Domain Matters
THE NEW STACK UPDATE A newsletter digest of the week’s most important stories & analyses.
The New stack does not sell your information or share it with unaffiliated third parties. By continuing, you agree to our Terms of Use and Privacy Policy.