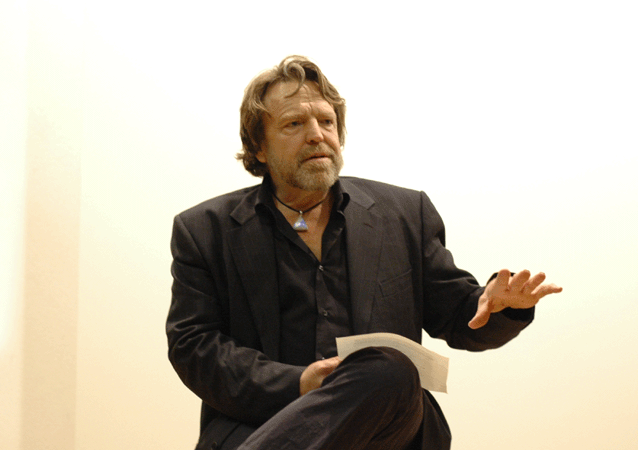 It’s easy to list the achievements of John Perry Barlow — everything from co-founding the Electronic Frontier Foundation to writing lyrics for the Grateful Dead. But it’s harder to quantify the amount of inspiration he delivered to the internet in the early 1990s. In the truest spirit of the word pioneer, he created a vision that helped shape the world that was to come.

And the man, who died earlier this month, also had a personal impact on me…

“His rough features resembled the hard Wyoming land from where he came,” remembered The Economist, calling Barlow “a poet of frontiers and of freedom, in whatever form they took.” His father was a state congressman, but John’s mind always seemed to come back to the future of humanity itself. “There are a lot of similarities between cyberspace and open space,” Barlow once told People magazine. “There is a lot of room to define yourself. You can literally make yourself up.”

Grateful Dead guitarist (and prep-school pal) Bob Weir summed up his friend’s spirit. “John had a way of taking life’s most difficult things and framing them as challenges, therefore adventures — by their nature awakening and maybe even fun.” (“Oh, we got in a lot of trouble,” Barlow later told People magazine. “I felt it really unfair when he got kicked out and I didn’t.”) After going on to study comparative religion at Wesleyan University — and some time with psychedelics guru Timothy Leary — Barlow eventually wrote more than 30 songs for the Grateful Dead.

But Barlow had a vision that changed his life. “Barlow was one of the first, if not the first, content creators from the ‘old’ world, to wholeheartedly see the promise of the internet,” wrote TechDirt editor Mike Masnick, “and spent his life dedicated to making the internet such a powerful place for all of us content creators.”

His biggest legacy may be the way he attracted others to that vision. Mike Godwin — the EFF’s first lawyer — writes that the first time he met Barlow, “I knew instantly that I would get along with this guy” — and others felt the same way. Calling him “bigger than life,” journalist Steven Levy remembered that people who met Barlow felt he was their soulmate. “He would win you over with his affable demeanor, arresting observations, and a mordant take on the human condition.”

Godwin seems to have recognized that Barlow’s real gift was in sharing his compelling vision. “His big ideas and big personality often overshadowed what I thought was Barlow’s underrated power as a writer.” And he summarizes Barlow’s larger insight: “maybe our sense of the threats of computers and the internet and the first generation of human beings to grow up with super-duper computer skills was just another iteration of our human fear of change and the new.” 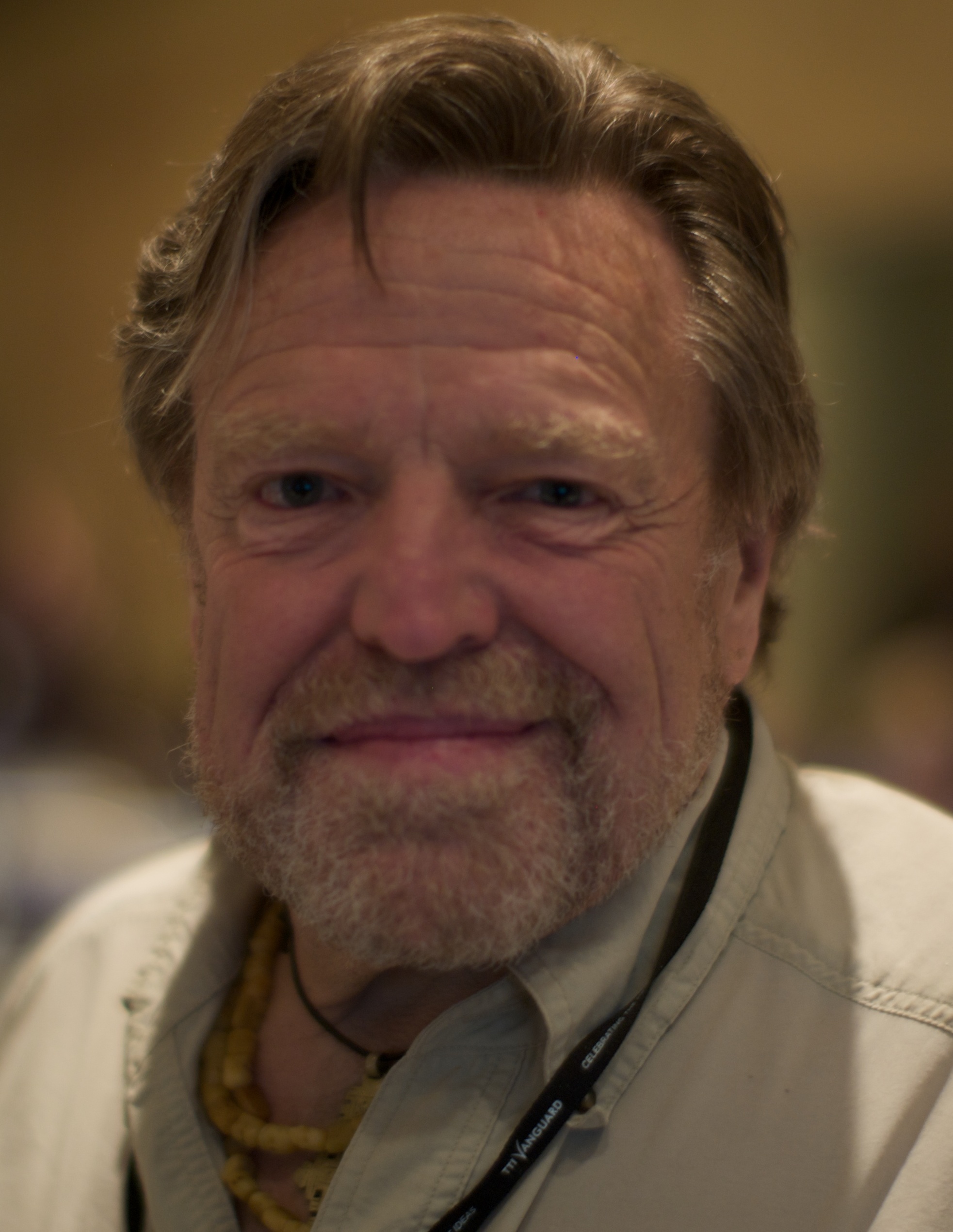 In 1990 Barlow co-founded one of the world’s most influential digital rights organizations. The original impetus was a series of raids conducted by the U.S. Secret Service to investigate the theft of a document about the 911 emergency phone system — which led them to seize the computers of a small (and innocent) book publisher in Austin Texas named Steve Jackson Games. A discussion about the case happened on the Whole Earth ‘Lectronic Link (now WELL.com), attracting interest from both Mitch Kapor, former president of Lotus Development Corporation, and John Gilmore, an early employee of Sun Microsystems. With Barlow, these men formed the Electronic Frontier Foundation.

The EFF’s groundbreaking legal work in the case ultimately established the principle that email is entitled to the same privacy protections as phone calls. “We take for granted today that law enforcement must have a warrant that particularly describes all electronic mail messages before seizing and reading them. The Steve Jackson Games case established that principle,” an EFF web page about its history asserts.

Godwin remembers that it was Barlow who had coined the name Electronic Frontier Foundation — a vast improvement over an earlier suggestion, “the Computer Liberty Foundation.” There were still many more battles ahead. (“I’m convinced that copyright is about to become the Vietnam of cyberspace,” Barlow told People magazine in 1995.) And People also reported Barlow helped raise the funds to start Wired magazine. The Economist remembered him as “the first internet activist,” adding “As the internet mushroomed Mr. Barlow was its prophet, invited around the world to explain the new frontier to the suits…”

And I have to add that though I never met Barlow, he’s the one who got me online. Back in 1993 I was an aspiring writer with a day job — spending nights and weekends typing notes for a novel that I never did finish on a used typewriter that I’d bought at a garage sale. But I’d read an article about the internet that made it sound like it would be the next exciting frontier. And what made it absolutely irresistible was this almost spiritual quote from Barlow.

“It seems clear we are about some Great Work here … the physical wiring of collective human consciousness. The idea of connecting every mind to every other mind in full-duplex broadband is one which, for a hippie mystic like me, has clear theological implications.”

I’m not the only one who found that quote inspiring. Twenty-five years later, I found it archived online by Penn State, part of some coursework materials called “John Perry Barlow, A Cyberspace Compendium.” And what did Barlow think we would ultimately learn from this great global mind?

“We’ll build it and then find out.”

And when I made it onto the internet, Barlow was waiting there to welcome me. It was impossible to miss his 1996 “Declaration of the Independence of Cyberspace,” which at one time was said to have been re-published on 40,000 different websites. It called the world’s industrial governments “weary giants of flesh and steel” and the internet “the new home of the Mind,” with a natural independence from “the tyrannies you seek to impose on us… On behalf of the future, I ask you of the past to leave us alone… You have no sovereignty where we gather.”

“He essentially viewed the internet as a digital extension of the untamed landscapes of his childhood,” remembered Spin magazine, adding “it’s difficult to overstate the influence of this vision on the web’s development.” Godwin writes that Barlow “inspired a new generation of lawyers and activists to devote time and energy into preserving the great new world the internet and other digital technologies was giving us.”

And years later, when I wrote an article that attracted a fraudulent DMCA copyright notice, the EFF was there for me. It actually agreed to represent my web publisher for free — and eventually negotiated the fraudster into a full surrender. He not only agreed to withdraw every one of his bogus copyright notices but even committed to taking a course on copyright law — and recorded a video apologizing to the internet.

And In 2012 Barlow helped co-found the Freedom of the Press Foundation — an ongoing rights project which just this month announced efforts to preserve the archives of Gawker. Barlow’s “Declaration of Independence” had argued that our virtual selves were “immune” to the sovereignty of over-regulatory governments, and Barlow told Wired that both the EFF and the Freedom of the Press Foundation augment the internet’s “immune system.”

He added that he sees something inevitable in our future: “that there will be a global commons that includes all of humanity.”

“Barlow spent decades teaching us about the possibilities of a better world on the internet, and nudging us, sometimes gently, sometimes forcefully, in that direction…” wrote TechDirt’s Masnick. “[W]e should all strive to be guided both by Barlow’s principles and his vision of constantly pushing to mold the technology world into that world we want it to be — not ignoring the negatives, but looking for ways to get beyond them and expand the opportunities for the good to come out.”

On Feb. 7, EFF executive director Cindy Cohn shared a link to an online library of his work — and issued a statement on Barlow’s life. “It is no exaggeration to say that major parts of the Internet we all know and love today exist and thrive because of Barlow’s vision and leadership. He always saw the Internet as a fundamental place of freedom, where voices long silenced can find an audience and people can connect with others regardless of physical distance.”

His wild life will be chronicled this June in a new book Barlow co-authored: “Mother American Night: My Life in Crazy Times.” His publisher is calling it “the wild, funny, heartbreaking, and often unbelievable (yet completely true) story of an American icon.”

And they add that Barlow’s life story “traces the generational passage by which the counterculture became the culture.”