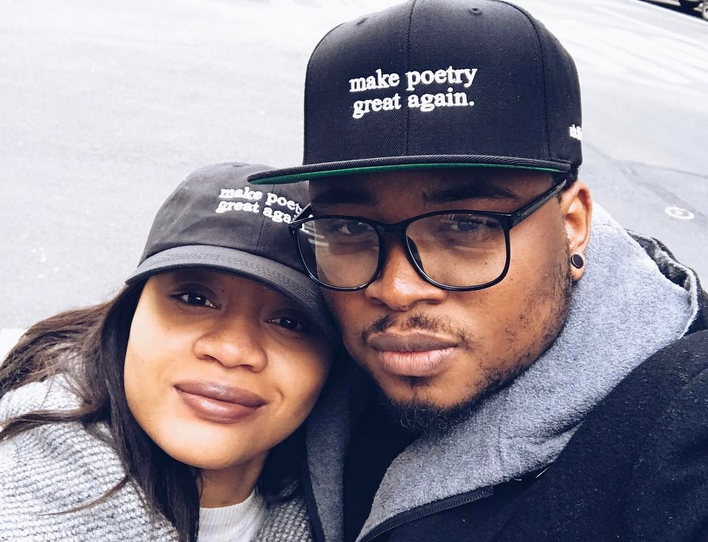 As the world celebrated International Womens’ Day Wednesday, The New Yorker’s “Culture” section ran an inspiring profile of a man who’s been cheering them on.

It’s a fascinating look at “The Life of an Instagram Poet” — specifically, r.h. Sin (whose real name is Reuben Holmes). The New Yorker points out that his “pithy bits of fourth-wave feminism” have attracted a huge audience online. Fourteen months ago, Sin’s pro-female poetry had amassed a whopping 251,018 followers on Instagram. A year later, at the start of 2017, that number had doubled to 515,164 followers — and it’s still growing. In the last 10 weeks, it’s climbed to 580,000.

“Your account should be growing, you should also be growing,” Holmes told The New Yorker. “Evolving is the point.” 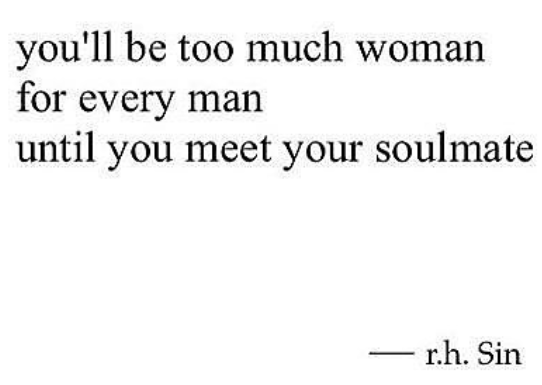 But this may be the first time that an Instagram poet has been taken this seriously by the bastion of the literary establishment. “such an honor to be able to say that i’m featured in the CULTURE portion of the @newyorkermag” Reubens posted on Instagram Wednesday, begging the question of whether the next generation’s great poets will be discovered on Tumblr and Instagram.

“how in the hell do you expect to reach this generation if they’re not following you in some form or capacity?” he told the magazine.

The New Yorker points out that their short interview took more than four hours — with long thoughtful pauses for typing (and presumably also for composing the answers) — and a little multi-tasking. Even while he was answering the questions, he was already composing more Instagram poems. “Writing here has inspired my writing elsewhere.” She asked him how many poems, and he wrote back “possibly 11.”

But the words originally flowed in part from a bad relationship, with a woman who’d grown up with a father “who had broken her heart long before she’d even known me.” That led him to a theme of encouraging women to ask for more from their men. “My words are what I would say to my sister, my mother, or the women I want to protect.”

Reuben Holmes began life in Brunswick, New Jersey, but grew up in public housing in Florida after his parents split up. “Sin comes from a place where a life of pain is the norm and destruction is a constant,” reads his biography on Amazon, though he worked his way to a better life. “Through a love for reading and writing at a very young age, r.h. Sin was able to pull away from some of the social distractions that plagued so many of his peers.”

By third grade he was plundering the poetic treasures of his local library, copying poems by Edgar Allan Poe so he could still have them even after the books were due, according to The New Yorker. Young Holmes kept a journal and filled it with essays and stories, but he eventually decided against college, describing friends trapped with student debts that their jobs aren’t helping them pay off, and just took a job as a teenager at his local Target store.

Beginning in 2006, Holmes also began experimenting with Twitter, trying to build an online audience. There were other gigs — he apparently worked online for the human-guided search engine ChaCha and earned some money by tweeting promotions for big brands (including MTV, a Lionsgate movie, and Samsung phones). He says this gave him some insight into how hard it is to even get the attention of people online.

The New Yorker pinpoints the significance of these online gigs. “Not being tethered to an office gave Holmes room to write.” His new form was short (and social media-friendly) bits of wisdom and poetry, compressing it all into 140-character tweets for Twitter. There his audience grew, soaring to over 627,000 followers, and Instagram was a logical place to drum up additional followers.

He describes himself as a hard worker, not content to be just another struggling artist, posting 15 to 20 times a day, and attracting up to a million likes. (His goal is to write exactly 7,222 words every day.) There’s some timely topics — a poem about respect and being a winner coincided with the Super Bowl and the New England Patriots’ dramatic come-from-behind victory. “The object is to be seen or heard,” Reubens tells The New Yorker, “and I make a lot of noise.”

The New Yorker writes that inevitably, one thing led to another.

“The phrases were suggestive, ripe for reposting and printing on T-shirts.” And sure enough, he sells clothing printed with bits of his poetry. And Holmes has also been selling collections of his poetry on on Amazon. But it all leads to a poem perfect happy ending.

Reubens’ poetry eventually attracted another writer — Samantha King, who one fateful day contacted him through his Instagram account. She’d wanted to share a poem that she said he’d inspired her to write, and then all through the night they sent each other Instagram messages. Then there were phone calls (and Skype calls). Poet Sin says “I had fallen in love, unexpectedly, with a familiar stranger.”

And fortunately, the feeling was mutual.

He moved to New York City to be with her, Or, as his Amazon profile describes it, “in pursuit of love and an opportunity to find success.”

And the couple is now engaged to be married.

To this day, his Instagram account shows that he’s following exactly one person: Samantha King. On Thursday in a new short poem, Holmes described King as “the type of woman you go to war beside.” And one very special day their writing also made a special joint appearance, side by side, at the top of Amazon’s list of the best-selling African American poets:

This week three of Sin’s books were listed among Amazon’s top-10 best-sellers in two categories — love poetry, and African-American — one solely on the basis of pre-order sales. It’s a specially updated version of his poetry collection, “Whiskey Words & a Shovel,” where “Each piece has been re-seen and revamped to reflect the author’s continuing journey with his partner, Samantha King, without whom this book would not exist.”

Two hardcover editions of his poems are also both listed among Amazon’s top 2,000 best-selling books. There was also a second collection — titled “Whiskey, Words & A Shovel II” — which attracted more than 368 reviews on Amazon (more than 90% positive, averaging four and a half stars). In the end, maybe sincere words of hope and love and perseverance will always find their way to a welcoming audience. “This book is the key to self-love…” wrote one reviewer who’d spent two years in an on-again/off-again relationship.

“It’s as if anything I’ve ever felt but have been too afraid to say is in this book.”