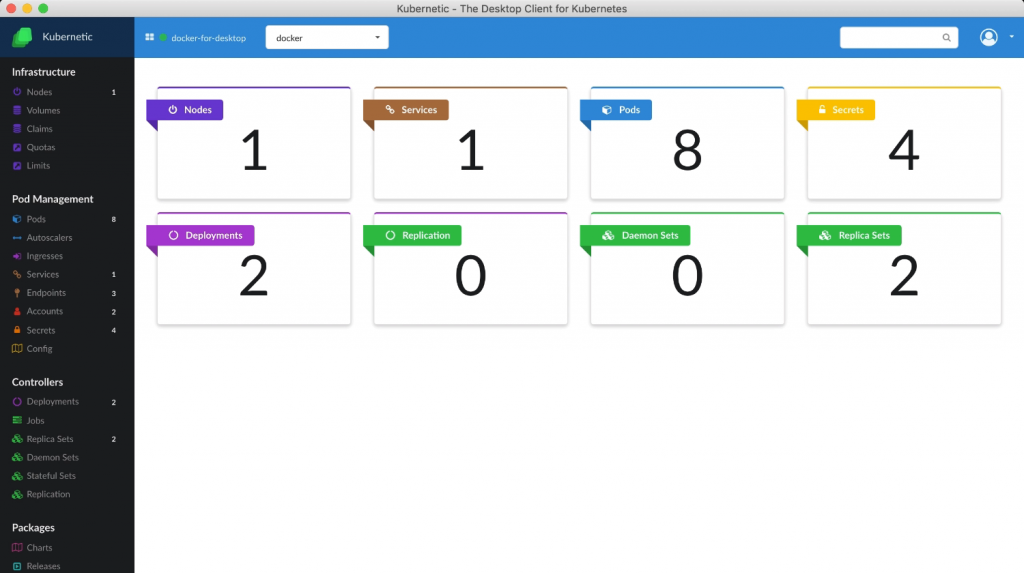 If you’re working your way up the Kubernetes ninja ladder, you might long for a solid desktop client to help make your work with the container orchestrator a bit more efficient. Although anyone looking to make containers a part of their daily routine should most certainly master the command line tasks, sometimes a good GUI goes a long way to easing some of that pressure to deploy, deploy, deploy.

But what GUI do you use? For many, that question stops with web-based clients. But what if you want to work locally to concentrate on developing and testing your containers? For that you might want to go the desktop client route. Fortunately, there’s an outstanding tool ready to take on the task: Kubernetic.

Kubernetic gives you a single, well-designed window that allows you to:

I want to walk you through the process of installing Kubernetic on the latest release of Ubuntu Desktop 19.10.

First, you will need Kubernetes running on the desktop that will also run Kubernetic. Why? Two reasons:

To install Kubernetes on your Ubuntu Desktop, give How to Deploy a Kubernetes Cluster with Ubuntu Server 18.04 a read (as the process can be successfully applied to the desktop as well).

Because we are installing on Ubuntu 19.10, there are a few dependencies to install, before Kubernetic will run. To do this, open a terminal window on your desktop and issue the command:

Once those dependencies are installed, you’re ready to continue on.

NOTE: Make sure to check the Kubernetic site to make sure you’re downloading the latest version.

When the file download completes, unpack it with the command:

The above command will create a new directory named Kubernetic-2.4.1. Rename that directory with the command:

Because this is an electron application (one that requires all of its dependencies within the newly renamed directory), you cannot simply create a launcher on either your desktop or panel. This means you have two choices:

I’ll show you how to do both. If you want to launch Kubernetic from the command line, the commands are:

As you can see, you must run the kubernetic executable within the containing folder. That doesn’t mean you must change into that directory every time. Say your kubernetic directory is housed in your home directory. You could launch the app with the command:

But what if you don’t want to run it via the command line? Move the kubernetic folder to the desktop with the command:

With that move complete, open up the file manager and navigate to the kubernetic folder. Double-click the kubernetic executable (Figure 1) and the app will launch. 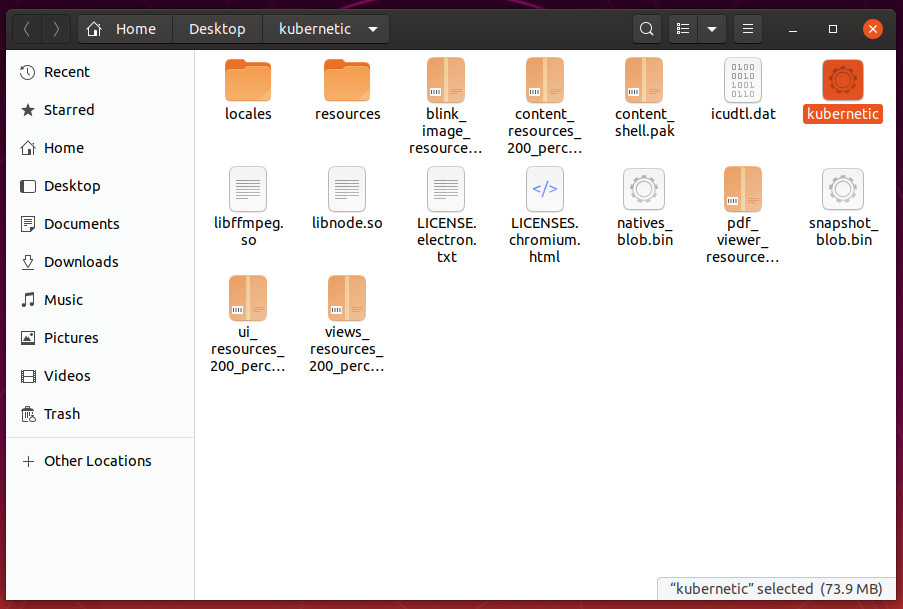 The Kubernetic application will launch, and automatically detect that Kubernetes is running (Figure 2). 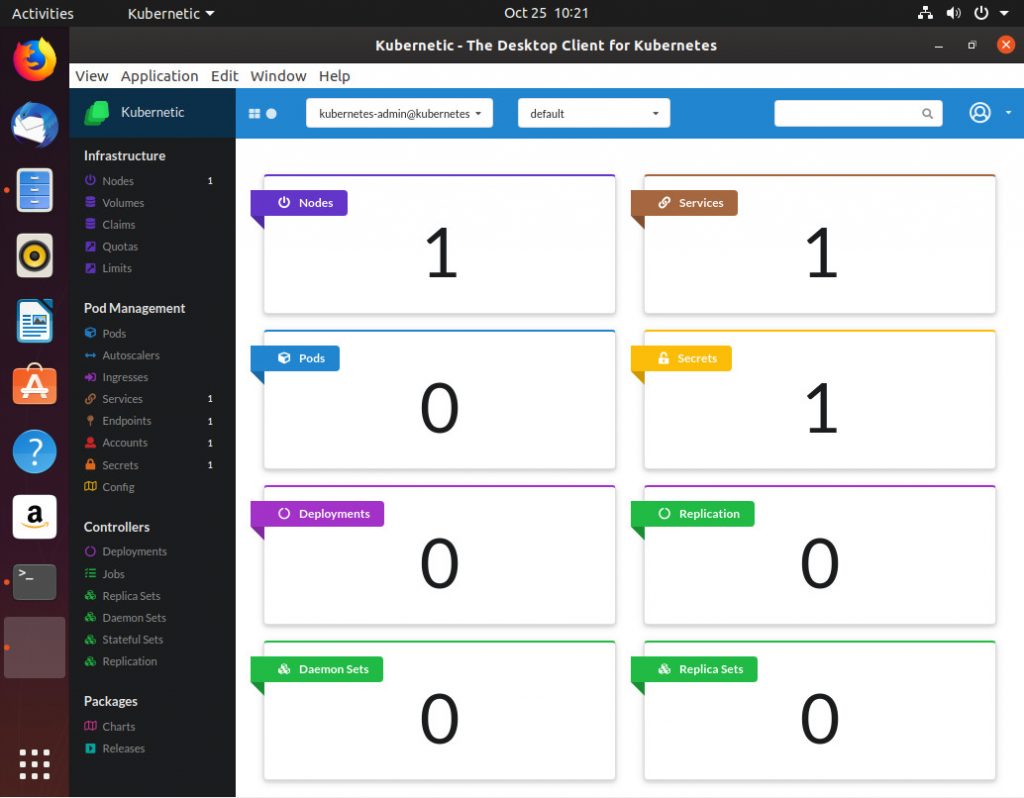 As you can see, I have only one node running. From within Kubernetes, you cannot join nodes, so (if you want more nodes added to your cluster) you’ll have to follow the usual task of running the following command on each node:

Where MASTERIP is the IP address of your Kubernetes Master (the machine running Kubernetic), TOKEN is the join token and TOKENHASH is the discovery token hash. When you initial initialize your master, the above command will be displayed (with all of the correct information included). You simply have to copy/paste the command in the terminal of each node to be joined to the cluster. Once you add more nodes, they’ll show up in Kubernetic.

All of the above can be done with point and click action. For example, to create a new Pod, click Pod (in the left navigation) and then click Create (Figure 3). 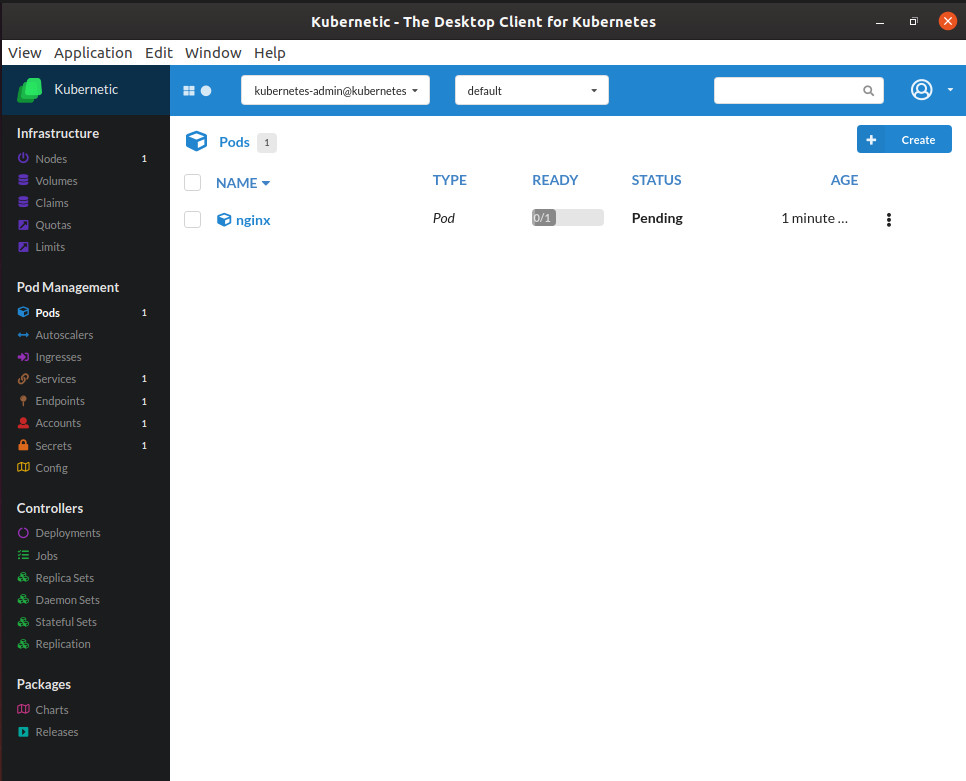 In the resulting window (Figure 4), fill out the name for the pod (in lowercase) and the image to be used for the pod. 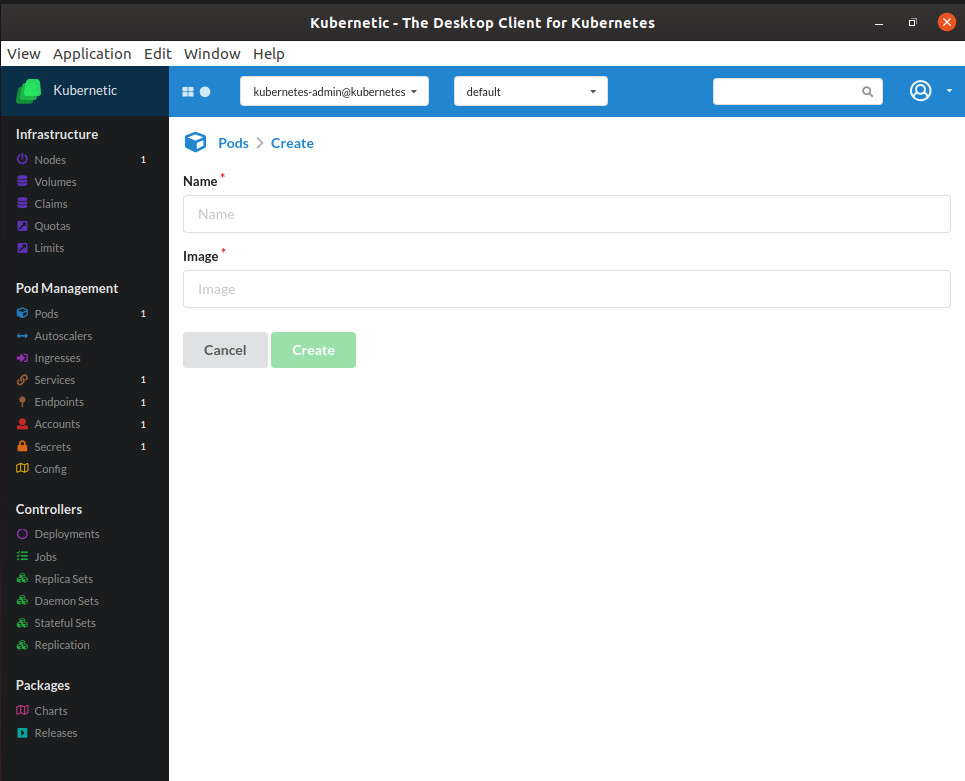 Once you’ve filled out the necessary information, click Create and the pod will be ready.

You can do the same thing for Deployments, jobs, and more. Once your pods have been created, they’ll be listed in the Kubernetic dashboard (Figure 5). 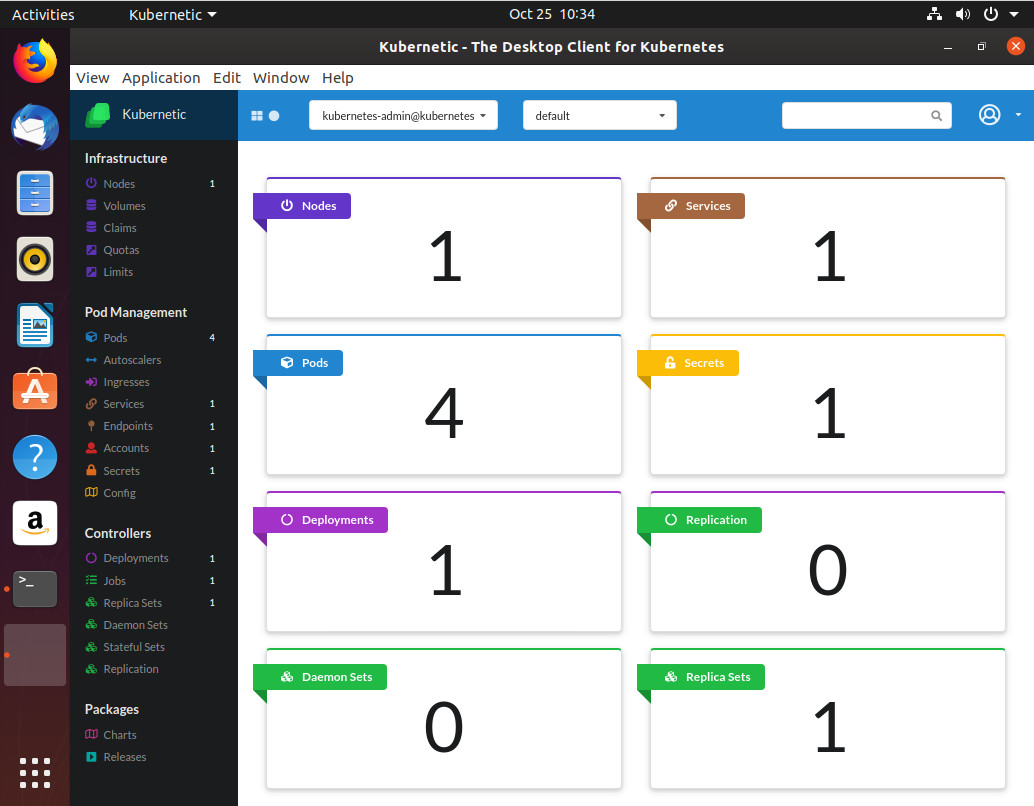 Figure 5: The Kubernetic dashboard displaying our new pods and deployments.

And that’s the gist of installing and using the Kubernetic desktop client for Kubernetes. Get up to speed with this tool and continue your quest to become a Kubernetes ninja.