Intel CEO Pat Gelsinger has established a coherent strategy to generate meaningful revenue through software and services. He recently shared his plans to make Intel a software player at major chips conference.
Oct 6th, 2022 7:14am by Agam Shah 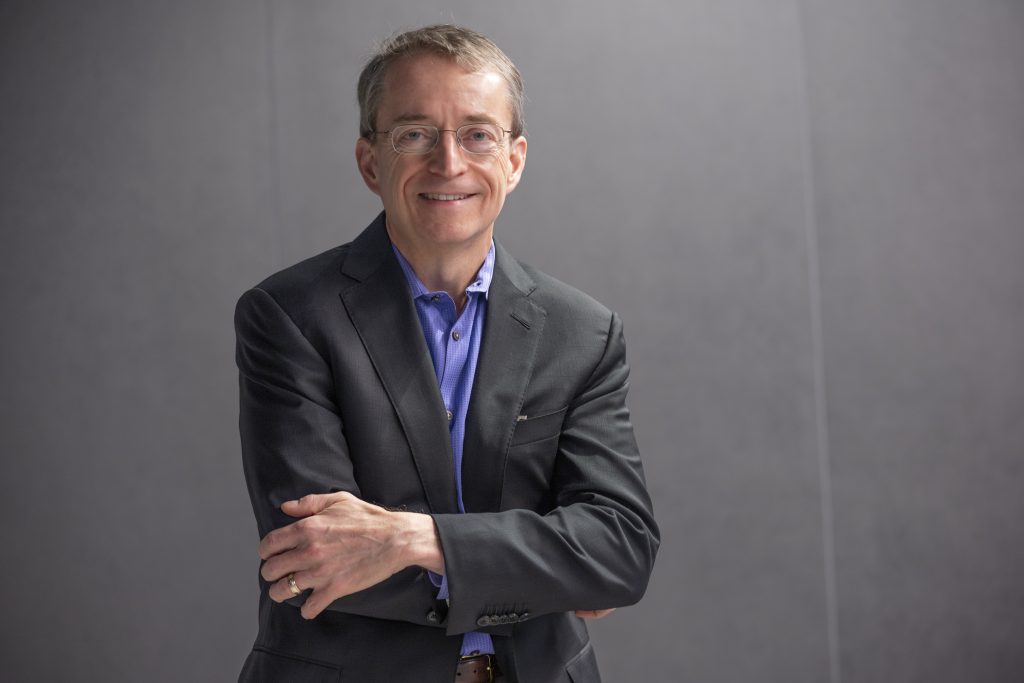 Intel CEO Pat Gelsinger estimates that the software market will be close to three times that of silicon by 2026, and knows he has to do something to get a piece of that market.

“In other words, the software has become way more important. We have to treat those as the sacred interfaces that we have, then bring hardware underneath, and that’s where silicon has to fit into it,” Gelsinger said at a keynote during the recent Hot Chips conference.

Gelsinger has established a coherent strategy to generate meaningful revenue through software and services. He detailed plans to make Intel a software player.

The strategy, called “software-defined, silicon enhanced” is to offer software as a utility via the cloud, with silicon-enabling services but almost invisible to the end user. It’s like Amazon‘s cloud services, where customers consume the service without worrying about the hardware in the background.

Intel is approaching that by working with system providers and co-designing chips with major cloud makers that include Amazon and Google, who design their own servers and need chips built to custom specifications.

The software strategy includes providing tools like APIs and virtualization layers for developers to write applications that work best on Intel chips.

The Hot Chips conference is considered a mecca for semiconductor designs with a technical focus on chips. But software was a major consideration at this conference, with chip designs being influenced heavily by AI and the cloud.

What a Difference a Decade Makes

Gelsinger’s last keynote at Hot Chips was a decade ago, when he was on his way out of Intel to become CEO of VMware. At the time, the topic of software was big data, and the cloud was in its infancy.

It wasn’t as obvious a decade ago that the cloud was going to change the face of computing, but “it was clear that hardware and software were coming together in a fundamental way,” Gelsinger said.

“The software has become in many senses the center of innovation,” Gelsinger said, adding “people develop software and silicon has to come underneath it.”

Chipmaker for the World

Intel is in the middle of repositioning itself as a chip manufacturer for the world, a sharp change from its long past of making chips for itself. Intel has failed in past attempts to turn into a foundry company, but Gelsinger is now trying to weave various operations, including software, silicon and manufacturing into a coherent strategy.

Intel is investing billions in new chip factories and is expected to be a beneficiary of the CHIPS and Science Act of 2022, which was recently signed into law and opens $52 billion in funding to chip makers establishing new factories on US soil.

Intel’s foundry strategy relies on getting more manufacturing business from top technology companies like Nvidia and Apple, which use rival Taiwan Semiconductor Manufacturing Co. foundries. Intel has forged relations with ARM and RISC-V and will offer foundry customers the option to make chips based on those architectures.

Intel expects computers in the future to have a mix of CPUs, GPUs and other accelerators based on different architectures. Intel has created software development tools that work with multiple architectures and chips. The company is also offering services to “co-optimize” silicon, where it will work with partners on software, hardware and chip manufacturing.

Intel is trying to tackle the complexity of making smaller chips with a strategy around chiplets, a design interface in which tiles of smaller cores can be mixed and matched in a single package.

“Those hardware components and chiplet standards also need to consider the composition of the critical software components that come with it,” Gelsinger said, adding “that co-optimization of software and hardware becomes … the pathway to being able to bring such complex systems.”

Agam Shah has covered enterprise IT for more than a decade. Outside of machine learning, hardware and chips, he's also interested in martial arts and Russia.
Read more from Agam Shah
SHARE THIS STORY
RELATED STORIES
Caliptra: Building Cloud Security from the Chip up Ethereum's Software Switch Has Crypto Miners Scrambling Bryan Cantrill on Rust and the Future of Low-Latency Systems Spotify Developers Get Fresh Apple M1 Macs What .NET MAUI Can Do for Frontend and Web Developers
AWS and VMware are sponsors of The New Stack.
SHARE THIS STORY
RELATED STORIES
US Chokes off AI Software Access to China Spotify Developers Get Fresh Apple M1 Macs One Man's Dream to Build a Working SpaceX-Style Model Rocket Caliptra: Building Cloud Security from the Chip up Improving Price Performance Lowers Infrastructure Costs
THE NEW STACK UPDATE A newsletter digest of the week’s most important stories & analyses.
The New stack does not sell your information or share it with unaffiliated third parties. By continuing, you agree to our Terms of Use and Privacy Policy.