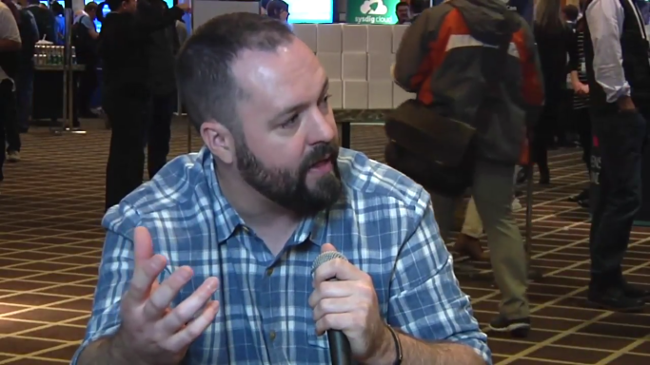 Intel is taking its telemetry work to the next level. It open-sourced its Snap telemetry framework in late 2015, and throughout 2016, much of Intel’s work surrounding Snap has been centered on improving how it interacts with orchestration platforms such as Kubernetes.

On the new episode of The New Stack Makers podcast, we spoke Intel Data Solutions team member Nicholas Weaver to explore how Intel approached working with telemetry overall, and how the community can use Snap in their Kubernetes infrastructure and data centers throughout 2017. The interview was recorded at Kubecon 2016, held last November in Seattle.

Weaver noted that Intel has created a Kubernetes-based continuous integration pipeline built with Jenkins in order to automate its CI testing. Weaver goes to explain that, Intel approached telemetry as many would — With the concept of getting data out of a platform. “A lot of our work is around driving those efficiencies. For a lot of customers, their problem is, ‘How do I spin up Kubernetes? The next problem is, ‘How do I run this efficiently?’ A lot of our work around telemetry is getting to the efficiency problem,” Weaver said.

Weaver suggested one of the main goals for 2017 should be, “Finding those holes in Kubernetes that need to be filled.We can then apply our engineering efforts to places to kind of flush out the rest of it. Stability on imaging, stability on storage, stability on deployments and tenancy. As an ecosystem, as we find those holes and gaps and go fill them, we flush it out as more stable.”

As the conversation drew to a close, Weaver expressed his enthusiasm for Intel’s efforts in working with Kubernetes, which is the flagship open source project for The Cloud Native Computing Foundation. “I don’t see our investment in Kubernetes going down. It’s turning into this great, central piece of open source software where everybody is getting around it, and building great things on top of it.”

The Cloud Native Computing Foundation sponsored this podcast. Intel is a sponsor of The New Stack.