Intel will also overlay its SaaS offerings directly to large tech and non-tech companies that deploy their own data-center infrastructure with company’s server chips, Rivera said.
May 20th, 2022 8:00am by Agam Shah 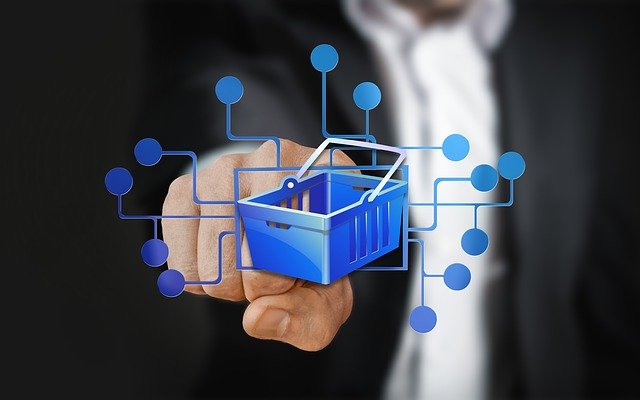 Image by Gerd Altmann from Pixabay.
TNS Annual Reader Survey
We need your input! Take 5 minutes to chime in and help guide our coverage.
Begin the survey

Chip giant Intel is not content selling only chips, so it is preparing to sell a side of software to go along with the silicon. To that extent, the company is actively looking to make more strategic acquisitions of software-as-a-service vendors.

Intel CEO Pat Gelsinger announced the intent to buy SaaS companies when sharing some details of its software-as-a-service strategy at the company’s recent Vision conference near Dallas, Texas. 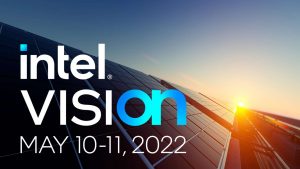 “You’ll see us pulling silicon differentiation through SaaS that we’re making broadly available to the industry. My simple formula is silicon plus software,” Gelsinger said, adding “we’re going to do more SaaS acquisitions as well.”

Intel has been snapping up software companies that include Granulate, which offers AI-based cloud optimization services, and Linutronix, an open source development shop focused on real-time processing abilities in the Linux kernel. The company’s goal is to build up its software revenue, which amounted to only slightly above $100 million of its overall $79 billion in revenue during 2021.

“Over the last 40 years of our careers in the industry, we went from hardware being two to one the software revenue. Now it’s three to one software revenue of hardware. The industry as a whole, the role of software has become dramatically more important,” Gelsinger said.

Intel at the show announced a few software-as-service features it will offer on its chips. The services will be offered on a subscription basis.

One is Project Amber, which is an attestation service that will provide organizations with independent verification and trustworthiness of customer assets no matter where they run. The software-based service will verify the integrity of data, the endpoints, and establish a secure layer on which companies can run software or AI models.

The attestation authority in Project Amber is not linked to the infrastructure provider, so it can work in multicloud or edge environments. You may not need to rely on one of the top three cloud providers for verification, but you will need Intel-specific features that include SGX (Software Guard Extensions) and Linux-based middleware called Gramine, which is based on a development effort led by the chipmaker.

“The [Gramine] layer enables Linux kernel emulator to run unmodified Linux applications in restricted environments called Intel SGX enclaves… where we use the hardware to secure the application code and data as needed,” said Greg Lavender, chief technology officer at Intel, during the conference

Intel later this year will offer a cloud gaming service called Project Endgame, in which graphics will be rendered on the chip maker’s new GPUs installed in data centers.

Gelsinger was previously CEO at VMware and has experience building software companies. Intel employs about 17,000 software engineers, Gelsinger said it was more than he had at any time during his tenure at VMware.

Cloud providers that include Microsoft’s Azure, Amazon Web Services and Google Cloud have been gobbling up larger chunks of the SaaS market, but Intel mostly isn’t competing with them, said David Kanter, an analyst at Real World Computing.

“It’s more than just ‘here’s the drivers for the hardware and some software optimization.’ It’s figuring out what are those things that do deliver value and how you monetize it,” Kanter said.

The cloud service providers offer instances of Intel CPUs for workloads, and that helps Intel understand real-world workloads better. Intel will overlay its SaaS offerings through hyperscalers and infrastructure providers, though there were no announcements on SaaS-specific partnerships with Amazon, Google or Microsoft at the show.

“The third-party software that runs on that infrastructure is a huge focus for us because it’s really thinking about the customer’s customer,” said Sandra Rivera, executive vice president and general manager of the Datacenter and AI Group at Intel.

Intel will also overlay its SaaS offerings directly to large tech and non-tech companies that deploy their own data-center infrastructure with the company’s server chips, Rivera said.

Companies like Amazon are internally developing their own ARM-based chips with SaaS offerings on top of it, which puts more pressure on Intel to offer SaaS services direct to its customers by deploying bare-metal data-center infrastructure.

Intel’s just starting off, but the SaaS offerings will help in faster hardware and software deployment, Kanter said.

A software development toolkit called OneAPI is the glue that will bring all the software offerings together. Intel offers a range of CPUs, GPUs and AI accelerators that include FPGAs, and OneAPI takes out the complications involved in programming to specific chips. The framework, which is open source, has parallelism built in to harness the processing might of the chips.

“We’re highly focused on open secure platforms, which means open interfaces and open software bodies. We may have proprietary implementations of those open interfaces, that’s our special sauce that we’re providing,” Gelsinger said.

He mentioned a few examples of the open source approach with OpenVINO AI inferencing toolkit and the open source FlexRAN reference architecture for communication over disaggregated and edge hardware infrastructure.

The chipmaker has had its share of software hiccups in the past, most notably the ill-advised acquisition of McAfee in 2010 for $7.6 billion. In 2010, Intel sold a majority stake of McAfee for $4.2 billion to venture firm TPG, which in turn last year flipped it over to another venture capital group in a deal valued at $14 billion.