Intel Wants its New OpenStack Management Software Inside Your Cloud 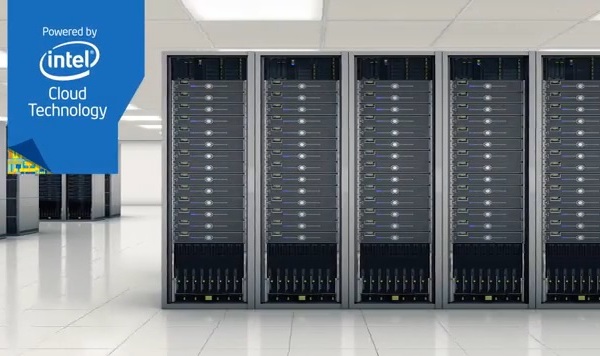 SAA is a software management suite that integrates with OpenStack and offers features to provide more consistent performance and greater security for enterprise workloads, while increasing the overall manageability of the cloud environment.

The headline feature of Intel’s new offering is “assured performance.” By collecting telemetry data from the CPU, including metrics from Intel VT, the virtualization support subsystem built into modern chips, the system is able to monitor the resource consumption of each virtual host running in the cloud. This promises a finer level of visibility than is available today via libvirt, the virtualization API used in OpenStack to manage the open source KVM hypervisor. Libvirt offers only server-level performance metrics.

To facilitate managing workloads, Intel has defined a new unit of performance called the Service Compute Unit (SCU), which is equivalent to 2 billion CPU instructions per second. Each VM managed in SAA can then be assigned a target performance level in SCUs, and the system will ensure* that the target for that workload is met.

[*Using the term very loosely. Right now SAA can only report on SLAs that are not met. As the chip feature set matures, SAA will be able to enforce these policies at the hardware level.]

Intel’s demonstrates this capability rather effectively by showing how SAA can help cloud operators solve the “noisy neighbor problem,” in which performance of one workload can be negatively affected by performance of a non-related workload on the same server. The system is automatically able to identify “aggressive” and “victim” virtual machines and alert operators for rapid remediation.

In addition to providing the API and management console, the SAA integrates with OpenStack, allowing virtual machine placement decisions to be directed based the node performance it has collected, as well as the level of trust of a given node as measured by Intel TXT.

Integration is via the existing Nova scheduler, by providing filters for Nova’s Filter Scheduler. Of course this means that SAA will be limited by the current brokenness of the Nova scheduler for large-scale deployments. Oh, well.

The Money’s in the Metrics

I’m a skeptic when it comes to Intel as a software vendor, and I’d be surprised if this product is still around in a couple of years. The last time I challenged Intel data center VP and software group GM Boyd Davis about their software strategy and commitment to selling software direct to the enterprise, we were talking about the company’s Hadoop distribution. Six months later this product/project has been sunset and the company has plowed a boatload of money into a Cloudera investment.

That said, Intel often has very good ideas about exposing chipset capabilities via software. Unfortunately, they’re convinced that the only way to get people to pay any attention to these pet projects of theirs is to try to sell them as commercial software products.

In this case, the really good idea is making deep chip telemetry available to cloud management platforms via a REST API. In order to run a Really Big Cloud™, this kind of insight into workload performance is absolutely critical in informing placement and management decisions. Google has built a host of internal instrumentation and management infrastructure (with names like Borg and Omega) to achieve this, and anyone who hopes to operate at large scale will need to do the same. If Intel can make these decisions more accurate and thus drive greater cloud efficiency, that would give Intel-based hardware a tremendous advantage over competitors.

Mega-clouds aside, Intel is clearly targeting enterprise customers with SAA. In fact, several SAA features remind me of capabilities offered by the enterprise-oriented xStream cloud management platform offered by Virtustream (disclosure: Virtustream is a client of my firm, CloudPulse Strategies and a sponsor of The New Stack). In particular, Intel’s SCUs are analogous to the Virtustream micro-vm (µVM), which also seeks to ensure efficient resource utilization and consistent performance. Additionally, Virtustream was also an early adopter of Intel TXT for its cloud service and software. By the way, Intel Ventures is an investor in Virtustream.

In the end, Intel’s goal with a product like this is ultimately to sell more chips. Whether enterprises buy into their proprietary management software or not, SAA presents a solid proof-point for how low-level CPU telemetry can be used to advantage by cloud builders, particularly those operating at large scale or supporting enterprise workloads.