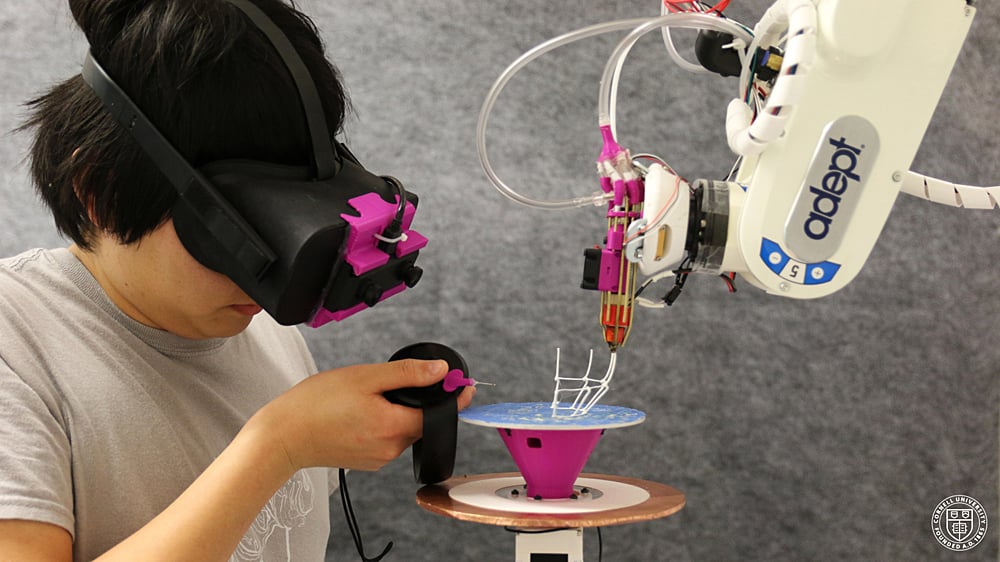 Additive manufacturing, or 3-D printing as it’s more popularly known, has been making a buzz for some time now. It’s been heralded as a quicker, more resource-efficient way of making complex things, and could potentially make huge impacts in not only the manufacture of consumer goods, but also in the making of affordable housing out of mud and salt, nutrient-dense foods, prosthetics, human organs and even printing rocket engines and rocket parts in outer space.

But of course, 3-D printing technologies are also simultaneously evolving. Case in point is Cornell University and MIT’s Robotic Modeling Assistant or RoMA, which combines the rapid efficiency of 3-D printing with the ease of using augmented reality and 3-D modeling to create an interactive platform that can quickly get three-dimensional projects off the ground. Watch how it works:

Using a variety of hardware that might include headsets, smartphones or tablets, augmented reality (AR) technology overlays digital information over a user’s view of the existing environment, thus providing an “augmented” view of it. Some recent examples of AR include the wildly popular Pokemon Go, or this smartphone app that can control robots.

In the case of RoMA, augmented reality is paired up with a robotic arm that does the 3-D printing, with the aim of bringing 3-D modeling off the screen and into a much more hands-on environment.

“Instead of designing 3-D models on the computer screen, we wanted to give users the opportunity to work in conjunction with the robot. We call it in-situ fabrication,” said Huaishu Peng, an information science doctoral student at Cornell and one of the authors of the research paper, “RoMA: Interactive Fabrication with Augmented Reality and a Robotic 3-D Printer.”

In the RoMA system, the user dons an augmented reality headset and uses a pair of AR controllers to navigate and manipulate digital controls seen via the headset. All the real-life action takes place on the “design stage,” a revolving turntable upon which the three-dimensional design is gradually built and printed, using the robotic 3-D printing arm. 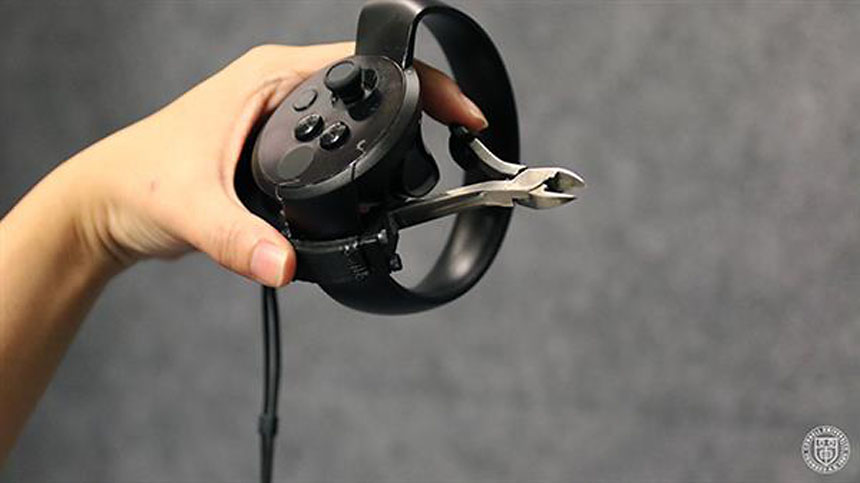 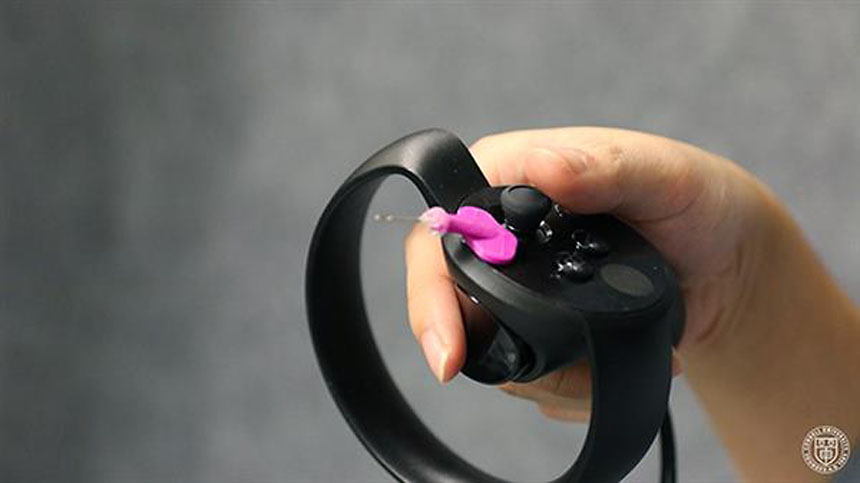 Through the headset and AR controllers, the user can access a command menu and a library of 3-D modeling “primitives” or basic shapes, which can be combined to create more complex forms. Alternatively, as seen in the video, more complicated shapes can be made using splines and then applying 3-D modeling commands such as “revolve” and “sweep” to them, giving them three-dimensional form. 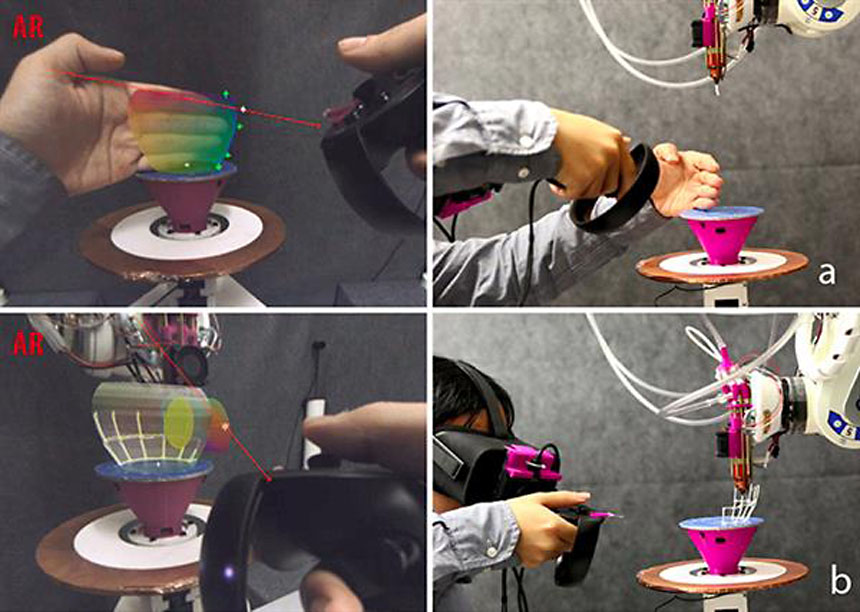 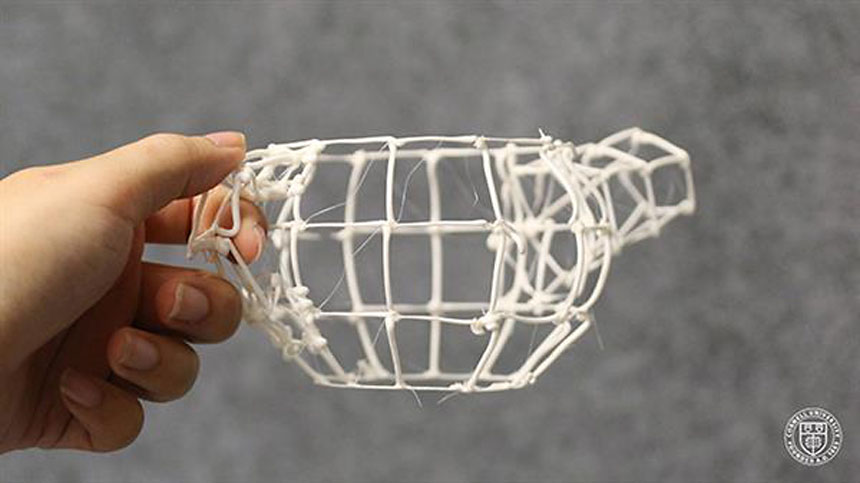 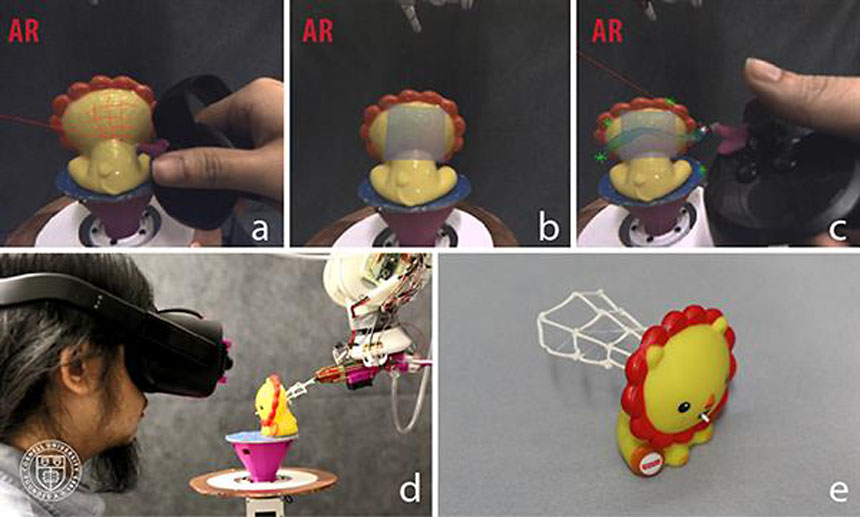 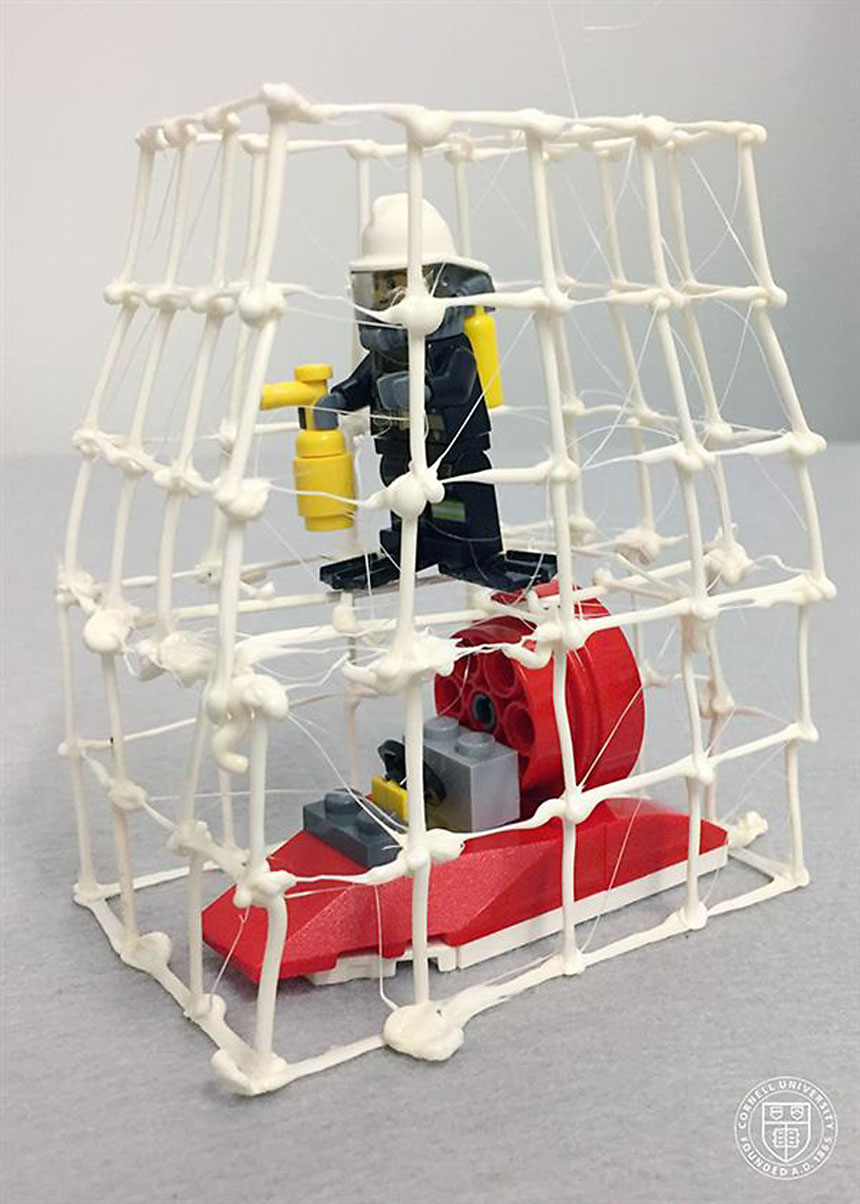 As one can see from the video, the finished products are still a bit rough around the edges, but the concept of making the fabrication process more interactive and seamless is a promising one.

“The cool thing is that the robot can print the users’ design at the same time and place. The designer has this tangible feedback early in the design phase and can make adjustments,” as Peng told the Cornell Chronicle. “The combination of AR and robot allows the designer to use the just-printed part to design their next features. The designer can even directly design and print on an existing physical object. This tightens the process between design and fabrication.” 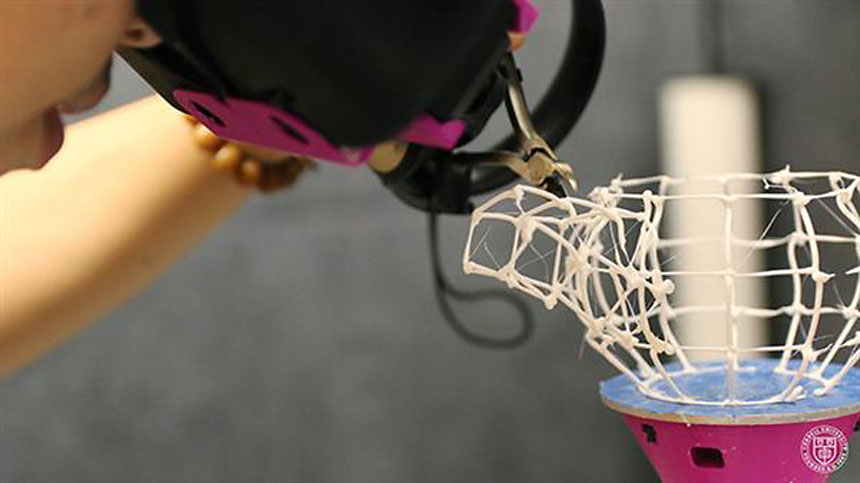 Making the design to fabrication process even more streamlined opens up the possibilities for even more rapid prototyping — where things can be designed and sketched out in three dimensions, on the fly. With the addition of artificial intelligence, the design profession as we now know it will likely be changed beyond recognition.

“In the future, we expect a robotic arm can be an intelligent design assistant,” said Peng. “There is a very promising future for the combination of augmented reality and 3-D printing — for example, for making furniture and other fast printed physical items in a real environment.”

Share this story
RELATED STORIES
The Hidden Pain of DIY On-Premises K8s-Based Software Distribution What’s Stopping WebAssembly from Widespread Adoption? Unsafe Rust in the Wild Intel Invokes Linus Torvalds to Push Software Tools Starburst Strengthens Data Governance Capabilities
Share this story
RELATED STORIES
Paul Vixie: Story of an Internet Hero Why Jump from the Safety of a Big Tech Job into Risky Web3? The Rise of Cloud Development and the End of Localhost Unsafe Rust in the Wild Snack Stack: Detroit’s Best Dishes (Part 1)
THE NEW STACK UPDATE A newsletter digest of the week’s most important stories & analyses.
We don't sell or share your email. By continuing, you agree to our Terms of Use and Privacy Policy.