Not the Death Star: Kinvey Flex is a Unified Node.js mBaaS Platform 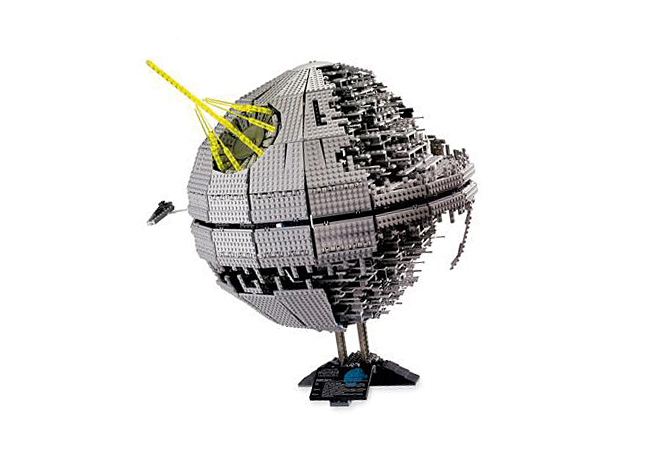 There are times when developing a new app feels like constructing a Lego model (one of the really hard ones, like the giant Death Star). Even when utilizing a Backend-as-a-Service (BaaS) — or any other Fill-in-the-Blank-as-a-Service — there is still a lot of hands-on work required. You still need to integrate that smorgasbord of separate elements, create the code necessary to join, test, and maintain them, and build CI/CD around the whole kaboodle.

For example: in Amazon Web Services, users have Lambda to run and host functions; but they also need to deploy AWS API Gateway, requiring custom code to expose connectors to third-party enterprise or cloud systems. And then they need to wire up the AWS PaaS for your business logic and other microservices. In, say, Azure, you’d need Azure Functions, Service Bus and Data Factory, and Logic Apps and Service Fabric.

All of these are designed to make life easier — and days to market that much shorter — and indeed they do. But there’s no way that stitching together three more products, with different APIs and CI/CD rules, is not a pain in the posterior. So, make that constructing a giant, super complex Lego model — say, the giant Death Star — with really angry Legos. We’ve all been there. It’s what we do, yes — but who doesn’t want to speed the plow?

That’s no moon. It’s a space station. Or maybe a really powerful BaaS.

Flex works as an extension of Kinvey’s existing open-architecture BaaS, building out those robust services with a single, integrated serverless platform. No-code implementation is possible for standard systems; otherwise, Flex is designed to need relatively simple, low-code development to run on non-standard systems. As a bonus, any Node Package Manager (npm) library has plug-and-play execution on the Flex platform. 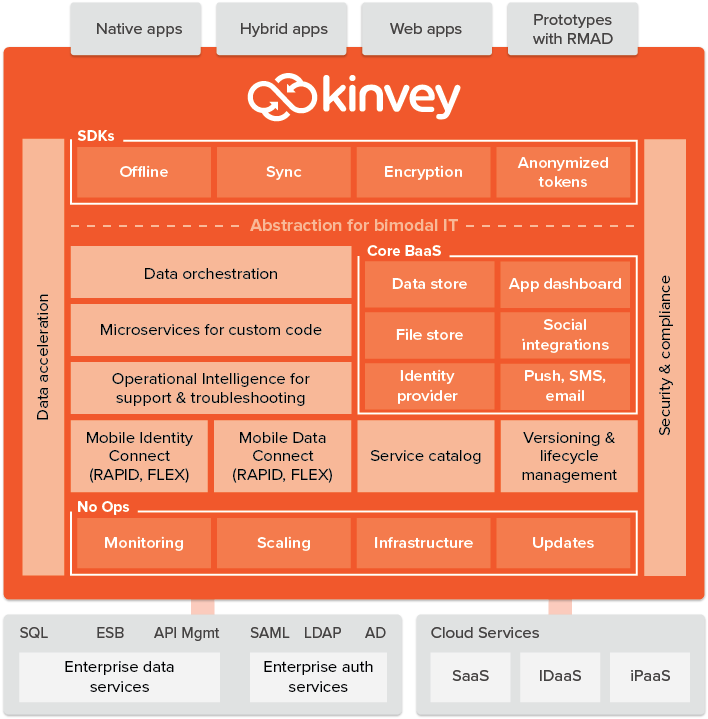 Kinvey aims to make the development of rich application experiences fast, easy and accessible to any developer, anywhere. The company’s Rapid system of services consists of zero-code, configurable modules that enable secure, governed and above all instant access to enterprise systems, as well as cloud-based SaaS applications.

The Flex service universe offers low-code microservices modules that execute functions and enable fast integrations to enterprise systems of record. Underneath is the Kinvey BaaS platform with a complete feature set including a Flex SDK for development, a local testing environment, and CLI tools to enable continuous integration and automated deployment. Both Rapid and Flex services come with built-in tech support, troubleshooting, and diagnosis powered by a feature called Operational Intelligence.

This is a new day. A new beginning. A new serverless platform.

“A single integrated platform that is truly serverless while allowing low- or no-code configuration is without parallel in the industry today. Our customers get to focus resources on innovation and value-added features instead of being dragged down by legacy architectures,” said Jikku Venkat, Vice President of Product at Kinvey, in a statement. Other mobile platform providers like IBM, and Microsoft, he explains, hand developers a sack of parts (Legos!) that they need to integrate, scale, and maintain.

“Kinvey provides a complete, one-stop shop for everything you will need to deliver modern, innovative apps, and helps you do it very, very quickly,” said Venkat. Indeed, the Flex Services Runtime release appears to have propelled Kinvey to the front of the BaaS brigade: Kinvey was recently named the top-ranked product in the Forrester Wave: Mobile Development Platforms, 4Q 2016 — above all other vendors.

Only a Sith deals in absolutes. Or legacy architectures.

Kinvey is available on multiple cloud platforms, and offered via multitenant and dedicated cloud deployment models, including an HIPAA Compliant edition for life sciences and healthcare requirements. Customers include enterprise users like Farmers Insurance and VMware and healthcare providers such as Thomas Jefferson University Hospitals.  Mobile strategy and development company Propelics recently onboarded Kinvey’s platform to build a pilot project for a client. Shahab Choudhry, founder and partner at Propelics, reports that this “enabled us to deliver a very complex app in less than a month.” Kinvey’s scalable architecture will now, he says, “Make it easy to take this application from pilot to production very quickly, because we can focus on app features and UX instead of infrastructure, operations and compliance.”

May the Force be with you — affordably.

Kinvey’s BaaS — now with Flex Services Runtime! — are offered free to individual developers, allowing one admin or additional collaborator, and including core mBaaS features and support and one environment and one GB storage, per app.  Startups (under 20 employees) get enhanced capacity and support for $200 per month, per app, while enterprise and large business clients can build their own combo platter of Kinvey’s services and support on a custom basis.

Meaning that developers can designate their Lego time for finally finishing up that 3,803-piece Death Star model after all.

SHARE THIS STORY
RELATED STORIES
Swarm, a User-Friendly Alternative to Kubernetes What TNS Readers Want in 2023: More DevOps, API Coverage Kinsing Malware Targets Kubernetes Kubernetes App Deployment from the Command Line Kubernetes Needs to Take a Lesson from Portainer on Ease-of-Use
SHARE THIS STORY
RELATED STORIES
Crossplane: What Most People Get Wrong (and How to Get It Right) Agent-Based vs. Agentless Security: Which Approach Is Better? Choosing the Right Container Native Storage for AWS Public Cloud MicroK8s and Portainer Is The Easiest Way to Deploy an Application on Kubernetes Swarm, a User-Friendly Alternative to Kubernetes
THE NEW STACK UPDATE A newsletter digest of the week’s most important stories & analyses.
The New stack does not sell your information or share it with unaffiliated third parties. By continuing, you agree to our Terms of Use and Privacy Policy.