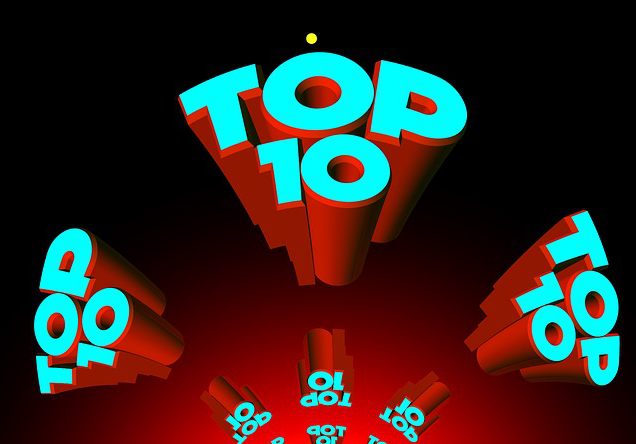 Throughout 2016 we have continued our flagship podcast show The New Stack Analysts, where we and select industry analysts, discuss all matters of scalable development and deployment, but also put the hammer down on the The New Stack Makers, a near-daily podcast where we interview some of the new movers and shakers of our industry. This year, we also added the New Stack Context, helmed by the formidable Scott M. Fulton III, to do deep dives into the state of the ecosystem.

We hope that you enjoy this look back on some of our best episodes of the year, and look forward to bringing you even more podcasts in 2017.

1: How the Serverless Framework is Reshaping AWS Lambda

On this particular podcast, Associate Podcast Producer Kiran Oliver sat down with Serverless, Inc. Founder and creator Austen Collins to explore the design decisions behind the increasingly popular framework, and to highlight its general availability announced earlier in 2016.

“Serverless v1.0 is definitely a reflection of feedback. It’s phenomenal how much is generated in an open source project, especially this one, because what we’re making is a framework for building serverless applications,” Collins told us.

In this podcast with Ken Robertson, then with Apcera, we explored some of the common challenges associated with cluster management at scale, Apcera’s approach to multi-user systems, and valuing the user experience of workload management appropriately. An additional discussion point addressed in this episode is that of managing cluster security with multi-user services, and how to best manage trust and high-level access to hosts and administrative privileges.

A policy-driven workflow management system requires not only “policy aspects for defining who can do it and with what, but also mechanisms for defining it: How does the platform know the workload needs this and not that,” Robertson said.

3. Erlang, A Language for the Internet of Things

In this episode, we explored telco beginnings of the Erlang language, its evolution in today’s Internet-of-Things driven landscape, and how it differs when operating at scale, and how it forms the basis for Elixir functional language. The New Stack Founder Alex Williams spoke with Erlang Solutions founder and technical director Francesco Cesarini and Basho Chief Technology Officer Dave McCrory to get their thoughts.

“I like the idea of Elixir, because it will also lead some people to want to do things that hit the edge cases of Elixir, and may end up driving them to learn Erlang. So, I think that it benefits the community in multiple ways, and it also shows just how powerful the Beam VM [an Erlang virtual machine] and Erlang as a combination are, and what you can do if you set your mind to it,” McCrory had told Williams.

In this podcast, Docker Chief Technology Officer Solomon Hykes to The New Stack about the need for greater public access to programming skills and tools. Hykes also addressed how the industry has failed to achieve its lofty accessibility goals so far, pointing out that he believes Docker, and the tools it is producing, are a small step in the right direction. Later in the discussion, Hykes addresses criticisms of Docker’s role in infrastructure, its approach when building new tools and services, and about finding the right framework for simplifying component integration.

“To program, you need tools. If these tools are not designed to be accessible and useful to programmers of all levels of expertise and specialization, then as an industry, we failed,” he said.

5: Prometheus Gets its Own Day at Kubecon, a Testament to its Rise in the Ecosystem

On this particular episode of The New Stack Makers, Prometheus creator and infrastructure engineer Julius Volz explored the history of this open source monitoring tool, how the open source community has contributed to the continued progression of the project, and how its adoption as the second project in the Cloud Native Computing Foundation (CNCF) impacted Prometheus.

Prometheus Gets its Own Day at Kubecon, a Testament to its Rise in the Ecosystem

“The nice thing is they’ve pretty much let us do whatever we had planned before. They’re not trying to influence in a very big way. Mainly [they are] just trying to be helpful, otherwise, they’re mainly getting out of way, which is really good for if you have established processes in your open source project,” Volz said.

“We have a lot of the traditional hurdles that most companies will have,” said Curry. “The firewall request process is not really built to facilitate agile and accelerated delivery. The database provisioning and approvals and governance process is not really built for that, either. So we’re starting to dig through those things, and figure out how to optimize those things.”

“We want to start looking at how we can take some of the things we’ve built — some of our modules, the wrappers, the frameworks to pull together several popular open source modules — how we can contribute those back to the community so that they don’t remain SAP-specific. There are some that will probably always be SAP-specific, but then there are some that just extend the overall platform, and it would be good to contribute them back,” Jung said.

3. The Rumored Docker Fork and the FUD that Moves the Conversation Forward

This unscheduled, unscripted discussion between the TNS editorial team and Red Hat OpenShift Director of Community Development Diane Mueller, and 451 Research Director Donnie Berkholz took on the rumored Docker fork, news of which surfaced in August.

#113: The Rumored Docker Fork and the FUD that Moves the Conversation Forward

“It just feels like a moment of time that is a natural moment in a lot of open source projects, especially ones that have gotten off to a such a good start as Docker has, in that there will always [be] a scuffle over who gets to be the benevolent dictator,” Mueller said.

At 2016’s OpenStack Silicon Valley conference, The New Stack hosted a pancake breakfast panel to discuss the ways in which OpenStack and the Kubernetes container orchestration software have evolved throughout the years, the challenges facing the Kubernetes community, and the ways in which foundations such as CNCF are shaping projects such as Kubernetes. Panel guests included then-Google Product Manager Craig McLuckie, CoreOS Vice President of Engineering Mike Saparov, Mirantis co-founder and CEO Alex Freedland, and Iron.io co-founder and CEO Chad Arimura.

“Most importantly, and what I want to reach out to to everyone here, is that we wanted to create a foundation that had legitimate accountability to the end users, that wouldn’t be driven by the vendors,” McLuckie said, speaking about CNCF.

5. Building a Platform for Continuous Innovation with Cloud Foundry

On this episode of TNS Analysts, SAP Senior Director of Industry Standards and Open Source Sanjay Patil joined then-Cloud Foundry Foundation Vice President of Technical Evangelism Stormy Peters and 451 Research Director Donnie Berkholz  to discuss the benefits of having a platform that truly supports today’s continuous integration and deployment, the evolution of SAP’s platform services, and how continuous integration has shaped application development.

#76: Building a Platform for Continuous Innovation with Cloud Foundry

“You can’t just say, ‘We’re doing waterfall-style development, building big monoliths today — we’re shifting to microservices tomorrow.’ That doesn’t work. You’ve got to build all the human processes, all the technologies,” Patel said, “things like continuous delivery, have all your servers automated before you can even think about doing microservices.”

SHARE THIS STORY
RELATED STORIES
New Ebook: A Blueprint for Supply Chain Security SBOMs Are Great for Supply Chain Security but Buyers Beware  A Look at Slack's New GitOps-Based Build Platform The Future Stack of Code Review Terraform Cloud Now Offers Less Code — and No Code — Options
TNS owner Insight Partners is an investor in: Mirantis, Docker.
SHARE THIS STORY
RELATED STORIES
6 Pull Request Tricks You Should Adopt Now: DoorDash How to Find and Solve Engineering Bottlenecks Case Study: How BOK Financial Managed Its Cloud Migration Why Does the NSA Care about the Software Supply Chain? PurpleUrchin: GitHub Actions Hijacked for Crypto Mining
THE NEW STACK UPDATE A newsletter digest of the week’s most important stories & analyses.
The New stack does not sell your information or share it with unaffiliated third parties. By continuing, you agree to our Terms of Use and Privacy Policy.