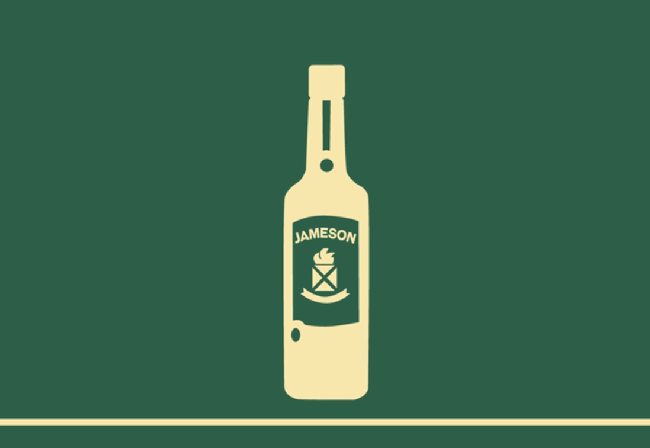 Pete McVicar, Head of IT Marketing at Sales Solutions at the Pernod Ricard spirits and wine company is resting easier this St. Patrick’s Day, because of the complete tech overhaul that’s about two-thirds complete at the company.

When he arrived on St. Patrick’s Day 2015, the websites for U.S., Canada and South African markets were being rebuilt. The company had seen a huge explosion of mobile usage. Sub-Saharan Africa is almost completely mobile, McVicar said in a phone interview from Dublin. The U.S. is over 60 percent mobile and is predominately iOS, whereas Africa is a mix of different devices.

His challenge: Getting the company’s websites to run on all those devices as quickly as possible.

He’s responsible for the digital engineering teams that develop marketing tools, services and platforms for 11 of 17 strategic Pernod Ricard brands, including Irish Distillers, the largest producer of Irish whiskey, including Jameson, in Dublin, Ireland; Chivas Brothers in the U.K.; and Absolut in Stockholm, Sweden.

Some of the brands offered by Pernod Ricard, parent company of Irish Distillers

The old system is essentially a bunch of static XML files generated from a custom built platform on a single server and had zero insight capabilities. “I would get emails the next day saying ‘I’m getting reports that the website was slow,’” he said, but there was no data showing specifics. He decided to start looking at optimizing performance. The key question for the new platform was “Is it fast, and is it fast for as many markets and as many people as we can?”

Also, all marketing projects had to be coded by McVicar’s team of five located in Dublin, as only they had access to the custom XML code. So the new platform, in addition to being fast needed to be more dynamic, giving local marketing teams the ability to spin up campaigns themselves instead of having to contact the central brand team to code the changes.

His team built a second platform using Amazon Web Services (AWS), following the best practices regarding setup, using Lambda functions to churn the data. All well and good, but each of the 50 or so markets had to be added one by one. Transitioning to having each market shift to doing their content management and manage the localization of data was incredibly challenging. Part of the challenge is the complicated combination of international and local laws governing alcohol.

Alcohol is one of the most regulated substances on the planet. McVicar’s team has to localize down to restrictive laws in each country, or, in the US by state while staying on brand.

For example, in France, the company is not permitted to show a person holding a glass of alcohol, it has to be a straight bottle or vessel. In some eastern European countries, it can’t show a person or an animal holding a glass with alcohol. (One wonders how the Mirantas’ vodka swigging bear gets by in those markets.) But it’s not just imaging. 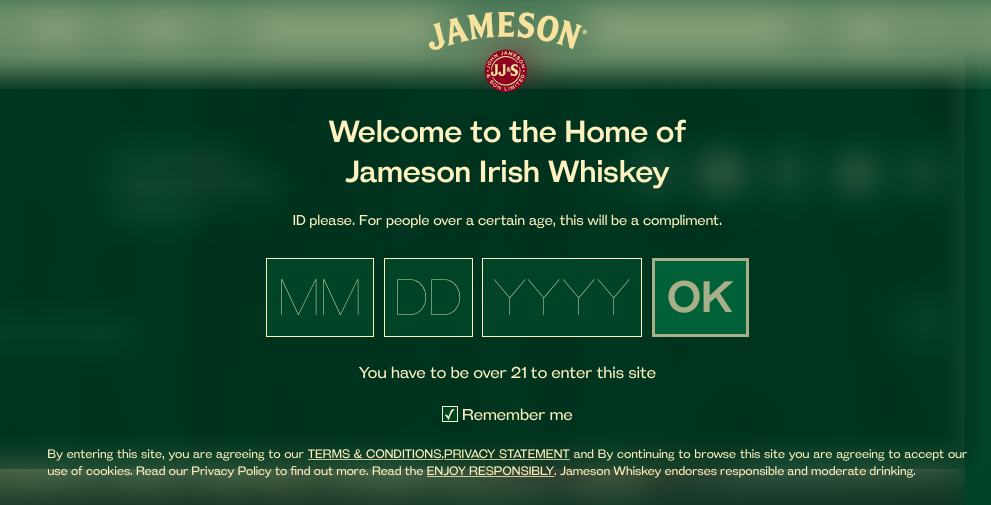 The Jamison Website Requires Age Validation per US Regulations

All of this complexity is loaded into AWS and managed there. For example, it recently finished loading sites for the French version of Jameson whiskey, adding the ability to track cookies, fulfilling the requirement to have a “drink responsibly” message on every page, and having an image on every product about responsible drinking—all while keeping the Pernod Ricard branding in mind as well.

So his team started by building new market sites completely in the new platform. If it was an old site, they left the old system in place and accessed AWS through a virtual private network.

In February 2016, they still had what McVicor called “the funky fudge” in place. The upgrade for Ireland was on their to-do list but kept getting pushed down the backlog list. It had been limping along just fine until the local marketing team started publishing a free St. Patrick’s Day party with a popular Irish band called Kodaline. This would be a full media push, with free tickets, radio ads, and media blogs. No one mentioned this push to IT.

Suddenly, the company’s system crashed. The development team panicked, thinking there was an external attack on the system.

That was a messy night, said McVicor, with a lot of swearing. The team was totally unprepared. And they did not have the tools to find out what happened.

One of the team remembered the press release, and they checked the referral logs and saw the majority of the traffic was coming from a well-known blog.

It turns out the VPNs couldn’t handle the amount of traffic generated by the marketing push. Since the Irish website hadn’t been switched to AWS, the system was doing a proxy pass from the old platform into AWS, and the old server couldn’t handle the load.

Lesson learned: “Better to put it in the proper way rather than fudge it around for a loss.” They’ve since added New Relic monitoring capabilities, which provides real-time data and visibility into the system’s speed and well-being.

The engineering team has been diligently working on transitioning the sites, now two-thirds completed, away from the XML platform. The new system has become a Pernod Ricard marketing management platform for content. They’ve built in templates for competitions, events, drinks, and product information, all customizable on a local level.

This platform allows them to build on top of best practices regarding functionality across markets. For example, a competition built for a German market can also be leveraged by a Japanese or Argentinean market.

“We can build in some really cool features for our marketers that they can get excited about,” said McVicar. It’s expanding out from Irish Distillers into other brand companies so they can leverage the work already done.

The team in Dublin is responsible for the technical backend. They build in features, working in sprints for feature requests from marketers for their local companies so that the local markets can add their content, working alongside teams or local agencies to create new features.

The local team also gets briefed on local laws to make sure they are compliant.

For this year’s St. Patrick’s day, the marketing team is doing an international competition called “cheers for Jameson” asking consumers to take selfies with mates cheering with Jameson, hashtag and put them on Instagram, to enter into their global competition. The winner gets a trip to Dublin for St. Patrick’s Day next year.

This competition management, with the help of DataSift, is done through a couple of Lambda functions to validate the entries with the competition system. Images are run through the CopyClear program to ensure all local laws are met before uploading into the system. Tanzania, Argentina, Morocco, Malta, Kenya, Canada, Spain, Latvia, Mozambique, Poland are all taking part in the competition.

TC Currie is a journalist, writer, data geek, poet, body positive activist and occasional lingerie model. After spending 25 years in software development working with data movement and accessibility, she wrote her first novel during National Novel Writing Month and...
Read more from TC Currie
SHARE THIS STORY
RELATED STORIES
P99 CONF: Sharpening our Axes to Battle Latency Misery Groundcover: Simplifying Observability with eBPF PromCon 2022: Why Prometheus Had to Change Why Test Debugging Is Crucial for the Retail Sector Grafana Shows New Observability Projects at ObservabilityCON
SHARE THIS STORY
RELATED STORIES
Why Test Debugging Is Crucial for the Retail Sector Internal Developer Portal: What It Is and Why You Need One 5 Ways Trace-Based Testing Matters to SREs CEO Raj Dutt Interview: The Grafana Experience Will Change Not All Superheroes Monitor APIs. Here Is Why They Should
THE NEW STACK UPDATE A newsletter digest of the week’s most important stories & analyses.
The New stack does not sell your information or share it with unaffiliated third parties. By continuing, you agree to our Terms of Use and Privacy Policy.