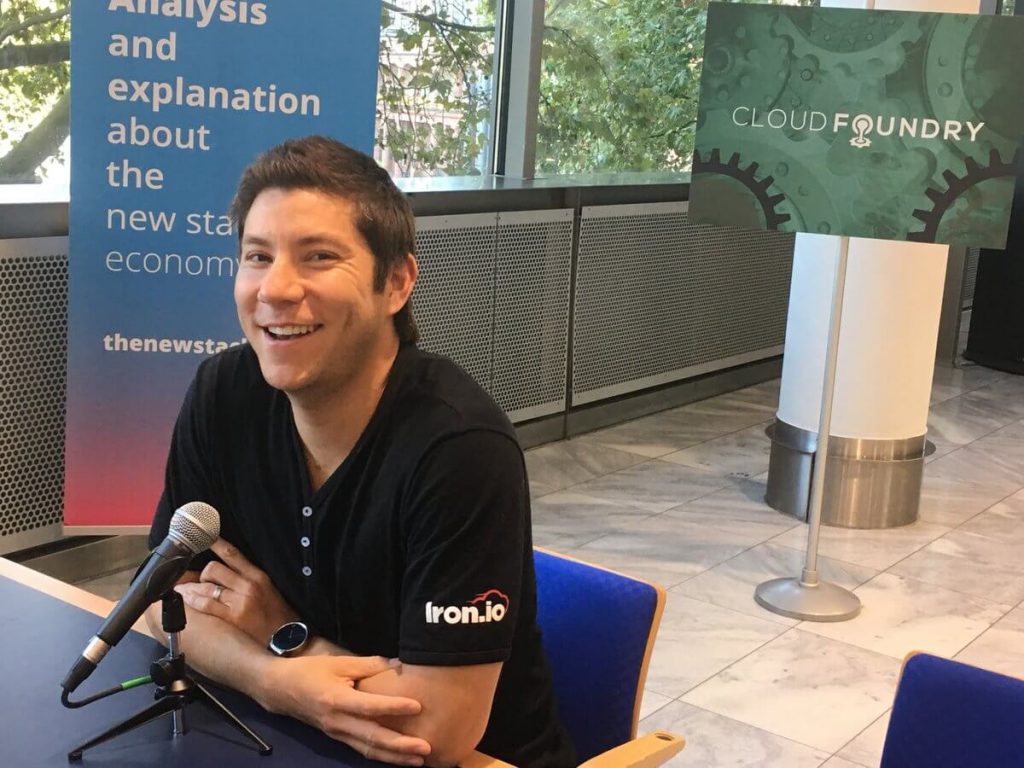 The promise of serverless computing is that, for developers, it can abstract away vast swaths of infrastructure: Simply write your function and the service takes care of the rest. While this architecture has been gaining traction through the growing popularity of AWS Lambda and other cloud-based offerings, Iron.io offers enterprise operations teams to set up serverless services within their own infrastructures.

One strength of Iron.io’s flagship software, IronWorker, is that it can easily be embedded within a variety of cloud-native and private cloud platforms, vastly reducing the amount the amount of training and maintenance sysadmins need to do to offer serverless to their users.

Cloud Foundry is the latest platform to get a native Iron.io integration, which was announced at the recent Cloud Foundry Europe Summit.

In this episode of the The New Stack Makers podcast, we grilled Iron.io CEO Chad Arimura at the summit about how the Iron.io software runs on Cloud Foundry. We also discussed Docker stability, the possibility of integrating Iron.io with the BOSH deployment tool, the emerging use case of asynchronous serverless jobs, and the recent explosion of interest around serverless architectures.

So how does this integration with Cloud Foundry actually work?

Basically, the company has installed the Iron.io platform almost entirely within Diego containers that can be run by the Cloud Foundry’s new Diego runtime engine.

“Previous to our integration, our platform would run on VMs and containers, and essentially run side-by-side with Cloud Foundry,” Arimura said. “Now, Iron.io actually runs its workloads inside the Diego runtime. It’s a nice natural workflow. ”

“It looks like a native Irion.io job, but it’s actually run inside of Diego. It’s nice clean interface into Cloud Foundry,” Arimura said.

For Iron.io, Cloud Foundry is just the latest in a continual line of platforms the company intends to work with.

“We really like to be completely agnostic as to whatever the underlying platform is,” Arimura said. In addition to Cloud Foundry, IronWorker can easily work with OpenStack, OpenShift, Kubernetes, Mesos, and the major public cloud providers. The API is the same across all these platforms.

“Our goal is to look like a native service to each of those, so it is not deployed or maintained separately,” Arimura said.

Serverless is best suited for running functions to handle a periodic or incoming task of some sort, such a video encoding or decoding, or image processing. Rather than keeping the function code running on a server, the function is quickly spun up when needed, then sent back into hibernation as soon as the job is done.

Iron.io’s platform has found a home in some pretty large companies, including Turner Broadcasting, Twitter, and Google.

Craft beer-focused social networking site, Untappd, uses Iron.io to handle check-ins from its users, who report to the service each brand of beer they drink. Untappd is one of Iron’s first customers and has scaled operations from a few thousand check-ins every weekend to well over a half-million check-ins.

“They did that on a completely serverless infrastructure,” Arimura said.

Docker, Iron.io, Mesosphere, OpenShift and the Cloud Foundry Foundation are sponsors of The New Stack.

Joab Jackson is Editor-in-Chief for The New Stack, assuring that the TNS website gets a fresh batch of cloud native news, tutorials and perspectives each day. He has logged over 25 years in infrastructure IT journalism, including stints at IDG,...
Read more from Joab Jackson
SHARE THIS STORY
RELATED STORIES
What Trouble Awaits Cloud Native Security in 2023? What TNS Readers Want in 2023: More DevOps, API Coverage How Capital One Performs Chaos Engineering in Production Crossplane: What Most People Get Wrong (and How to Get It Right) Why CIEM Plays a Key Role in Your Cloud Security Strategy
TNS owner Insight Partners is an investor in: The New Stack, Docker, Simply.
SHARE THIS STORY
RELATED STORIES
Platform Engineering Won’t Kill the DevOps Star Swarm, a User-Friendly Alternative to Kubernetes Kinsing Malware Targets Kubernetes Prometheus at 10: What's Been Its Impact on Observability? Choosing the Right Container Native Storage for AWS Public Cloud
THE NEW STACK UPDATE A newsletter digest of the week’s most important stories & analyses.
The New stack does not sell your information or share it with unaffiliated third parties. By continuing, you agree to our Terms of Use and Privacy Policy.